Basil George has averaged more than 48 with the bat in the recent T20 tournament and he can contribute with the ball as well. He can be a game-changer for Atlas UTC Knights CC, and he is a suitable choice to lead the team.

The 3rd match of the ECS MaltaT10 will be played between Atlas UTC Knights CC and American University of Malta at Marsa Sports Club, Malta.

The match is scheduled to start at 8:30 AM local time (1:00 PM IST) and will be streamed live on Fancode.

Atlas UTC Knights CC will be up against the American University of Malta in the ECS Malta T10 on Wednesday. Atlas UTC Knights CC had an excellent previous tournament where they were crowned as champions by not losing a single match, they won all their 7 fixtures convincingly by dominating the opposition. Sujesh K Appu, Eldose Mathew, Samuel Sanish Mangat, Basil George, and Bose Paul are the main players in their line-up.

On the other hand, the American University of Malta under the leadership of Jitesh Kumar Patel are expected to give tough competition to Atlas UTC Knights CC. Zoheb Malek is the star all-rounder for them, he is very economical with the ball and he can strike the ball really hard. It will be an interesting battle and we can expect a thrilling contest between these teams.

The temperature will be around 17 to 18 degrees Celsius with a humidity of 81 percent. There are 40 percent chances of precipitation for this match.

It’s an artificial track, the ball comes easily to the bat. Compared to the other European venues, in this venue, the boundaries are quite big. Slow bowlers will come in handy in the middle overs. Bowling first is a good option for this wicket.

India won’t be able to bowl New Zealand out in the second innings: Sunil Gavaskar

Sujesh K Appu in the domestic T20 season for Knight Kings CC has picked up 5 wickets in 7 matches at an economy of 6.11.

Zoheb Malek in the domestic circuit for the American University of Malta CC has picked up 9 wickets in 5 matches at an economy of 5.5, besides that he has scored 61 runs in 4 innings at an average of 30.5.

Indian pacers may not trouble me like Neil Wagner did last time, says Steve Smith 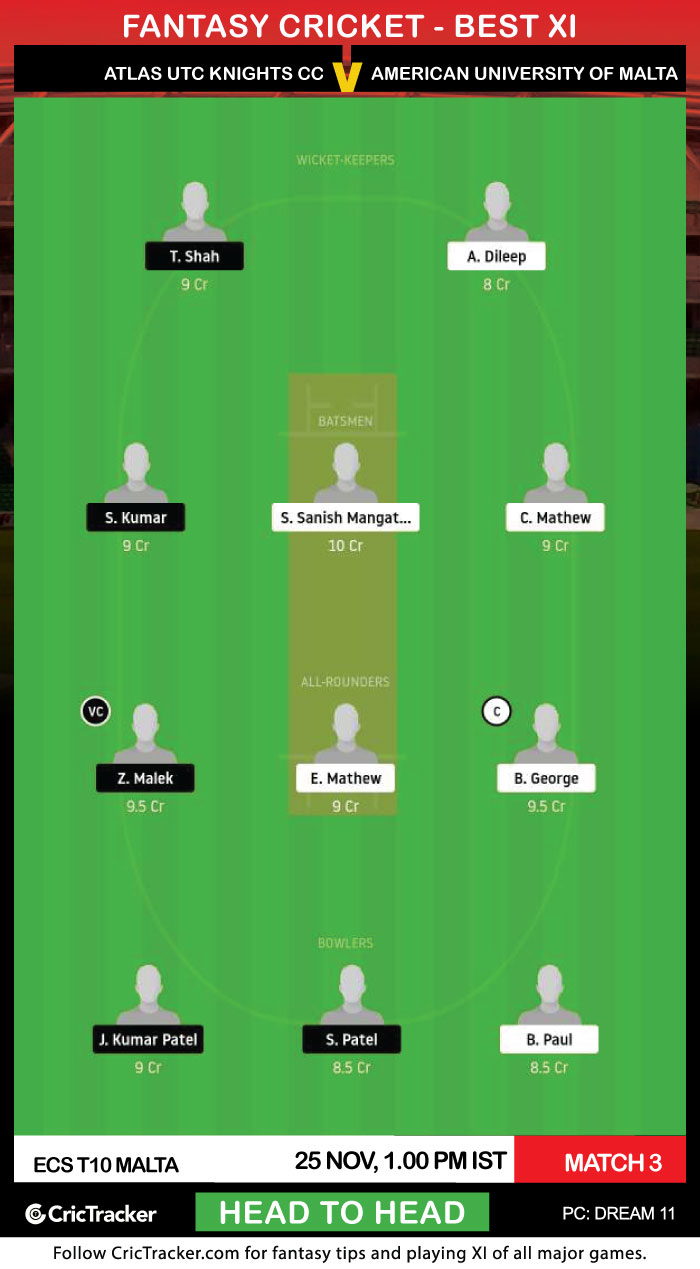 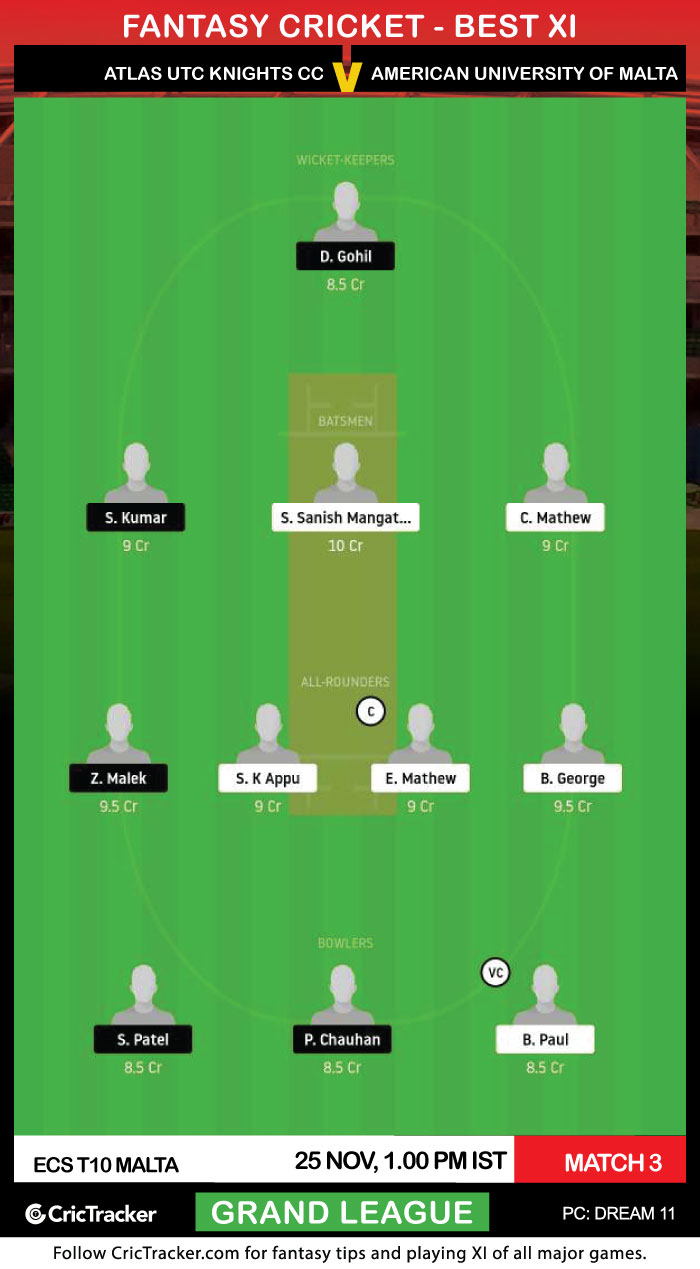 Basil George has averaged more than 48 with the bat in the recent T20 tournament and he can contribute with the ball as well. He can be a game-changer for Atlas UTC Knights CC, and he is a suitable choice to lead the team.

Atlas UTC Knights CC are expected to win this match.