The 19th match of the ECS T10 Malta 2020 will be played between Atlas UTC Knights CC and Southern Crusaders CC at the Marsa Sports Club, Malta on Friday.

In the first game of the 6th day, Atlas UTC Knights CC will meet Southern Crusaders CC. Atlas UTC Knights CC are having a brilliant time in this competition. They won 5 matches out of the 6 they have played so far, while one of their games was abandoned. The Knights are placed at the top position in the points table.

On the other hand, Southern Crusaders CC are coming on the back of a defeat in the last game, against Msida Warriors CC by just 11 runs. They have won 4 matches out of the 6 they have played so far. They have 8 points in their bag and are placed at the 2ndposition in the points table. We can expect a thrilling encounter between these two teams.

The temperature will be around 12 to 19 degrees Celsius with a humidity of 75 percent. There are 30 percent chances of precipitation in this match.

It is an artificial track and the ball comes easily to the bat. As compared to the other European venues, the boundaries are quite big in this venue.

The big difference between India and Australia has been Josh Hazlewood and Adam Zampa: Tom Moody

Zeeshan Yousaf has scored 88 runs in 6 matches in this competition so far. He has also picked up 7 wickets till now.

Eldhose Mathew has looked in good touch with the ball, as he picked up 2 wickets in the last game against Marsa CC.

Eardley Chandiram has been in good form with the ball. He has picked up 6 wickets in the tournament so far.

Samuel Sanish Mangat Stanisla will be the key player for his side. He scored a fiery 88 against Marsa CC on Monday.

Also Read – If India wins the Test series against Australia without Virat Kohli, they can celebrate for a year: Michael Clarke 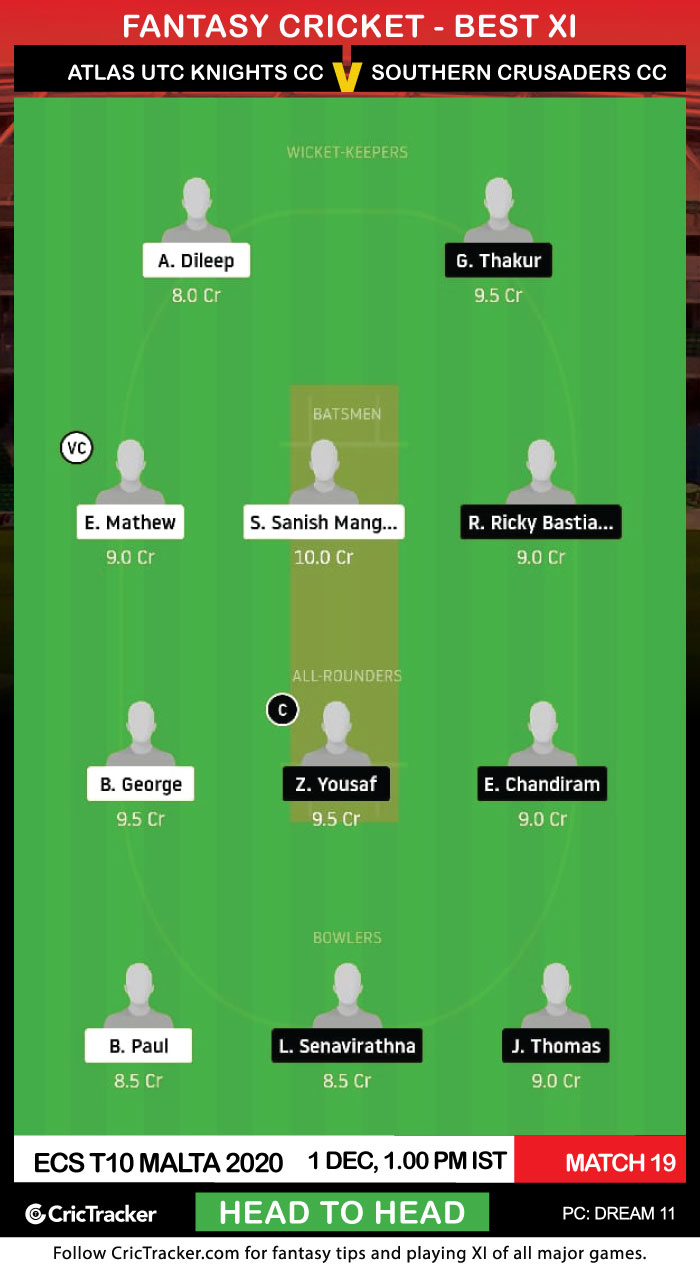 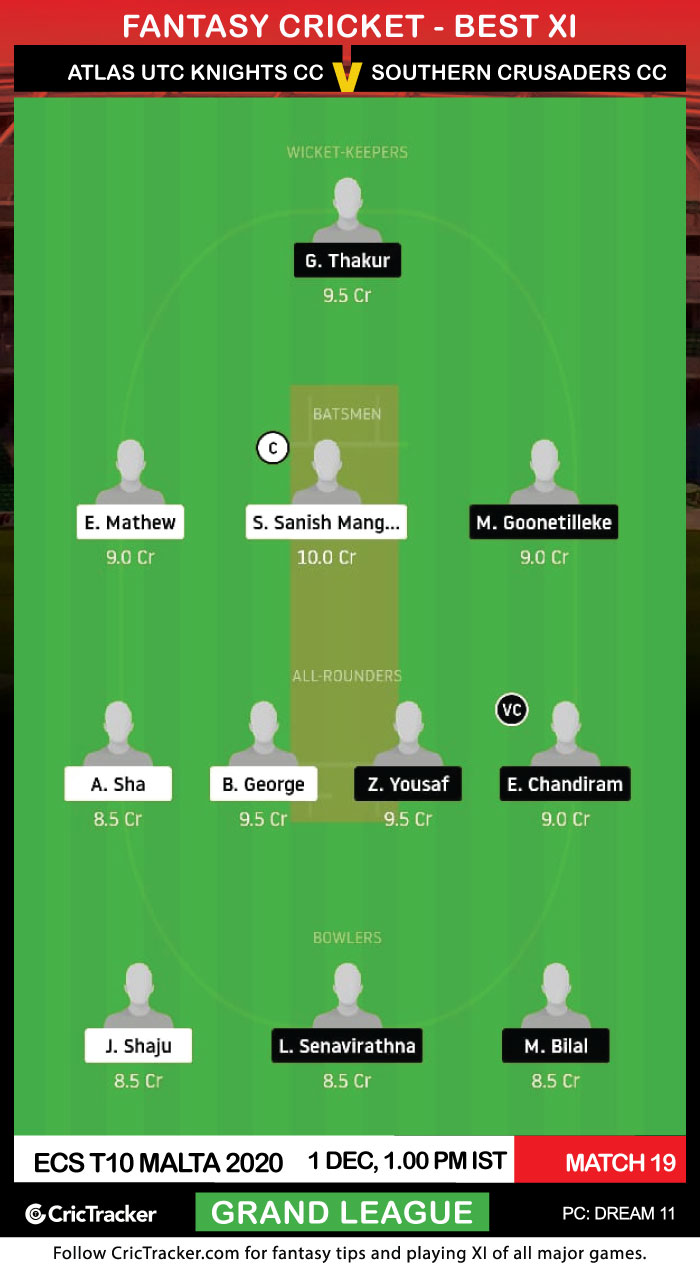 It is advisable to pick Gopal Thakur in your both of your Dream 11 fantasy teams as he can change the game anytime with his batting skills.

Atlas UTC Knights CC are expected to win this game.