Steven Smith is hungry for runs and we can expect big runs from him.

Australia will go one-on-one against England in the 4th Test of the series which starts from Wednesday. It’s a one-sided affair for the Australians as they dominated England in the first 3 Tests to go 3-0 up in the series. They have already retained the Ashes and will be aiming to make 5-0. They have one forced change for this match as Usman Khawaja will replace Travis Head.

England, on the other hand, didn’t have any clue what has happened in the 3rd Test as they were completely thrashed by the Australians by an innings and 14 runs, and the Test came to an end inside 3 days. They need to gel as a group if they want to achieve something big in the rest of the series.

Historically the surface here at SCG is good for batting and teams have scored mammoth runs in the past. There is a forecast of rain for this Test and the captains need to take a final call whether to bat first or bowl depending on the conditions.

Steven Smith hasn’t been at his best in this series, though he has scored 127 runs in 4 innings. He is a remarkable player especially when he bats at SCG and we can expect him to do well.

Marnus Labuschagne is the No. 1 batter in the ICC Test Rankings. He is the consistent run-scorer for Australia for the last 2 years. He has scored 229 runs in 5 innings in this series at an average of 57.25.

Joe Root has shown plenty of fight against the Australian bowlers and struck 253 runs in 6 innings in this series at an average of 42.16 with the highest score of 89 and picked up 4 wickets as well. 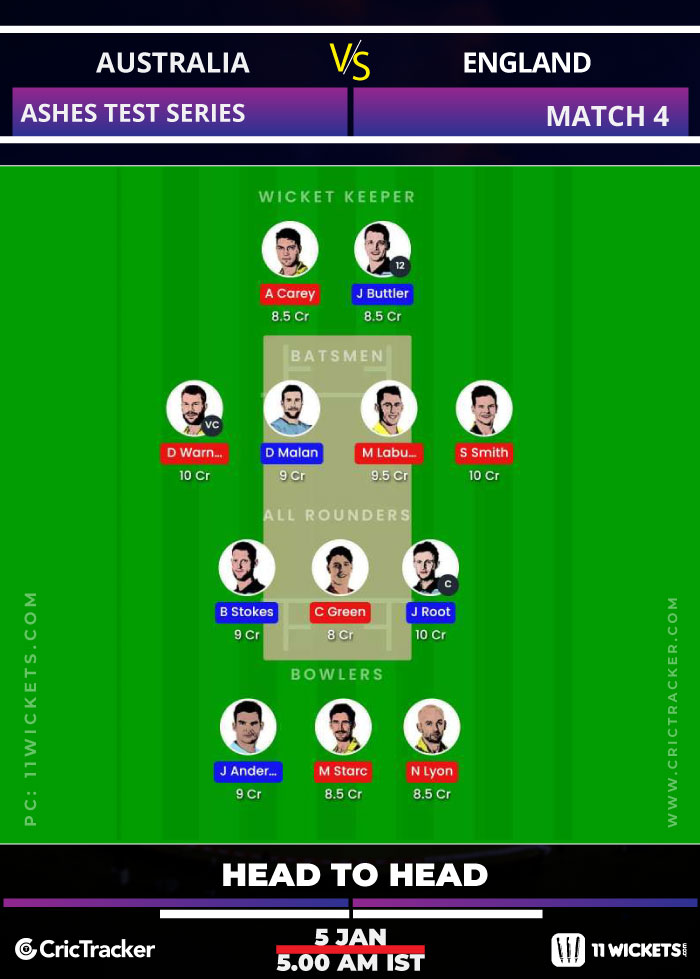 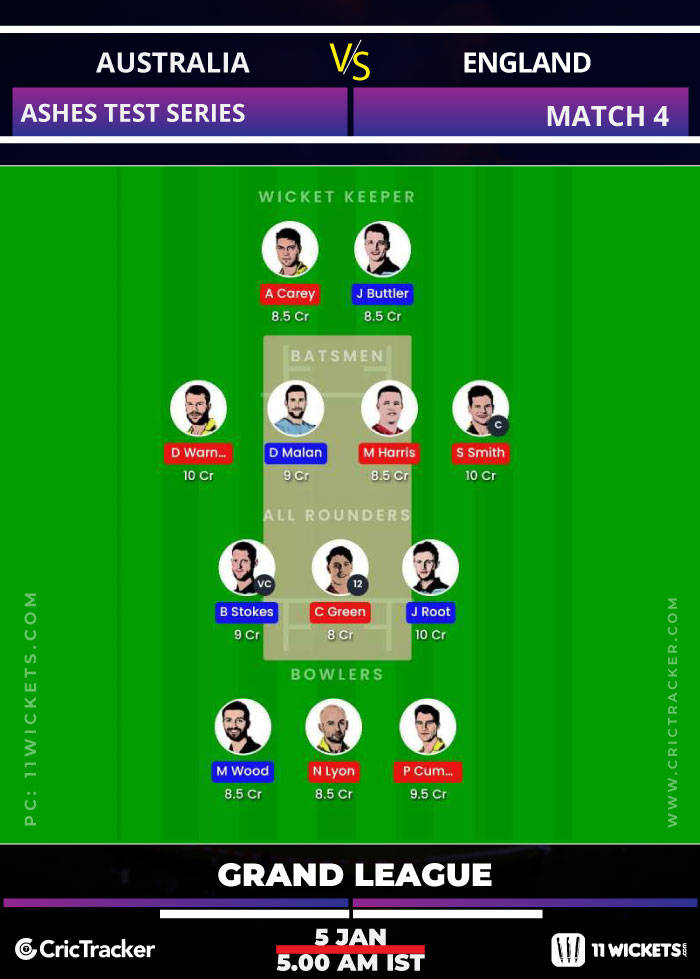