Usman Khawaja is a good captaincy pick for this match. 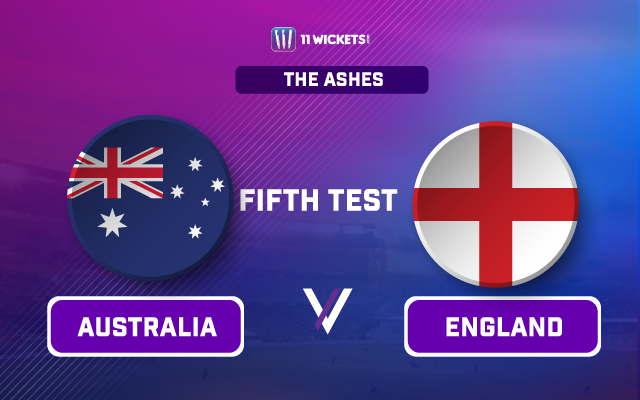 Australia will take on England in the 5th and final Test match of the Ashes series. Australia have already won the series, and are 3-0 up with one more Test to go.

In the 4th Test match, England displayed a lot of defiance and clung on to a draw. Australia have bossed over their opposition in this Test series and will look to end the series with a 4-0 scoreline.

The pitch will aid the bowlers in the initial part of the match, and the fast bowlers will get good bounce and carry. The batters can, however, score runs if they can be patient and dig in.

Usman Khawaja was in splendid form in the 4th Test match at Sydney. The left-hander amassed hundreds in both innings of the Sydney Test and will look to pile up more misery on England.

Jonny Bairstow scored a superb 113 for England in the 1st innings of the 4th Ashes Test match. Bairstow will play a key role for his side in the final rubber.

Stuart Broad took a five-wicket haul in the first innings of the 4th Test match against the Australian side. Broad is a hugely experienced customer in Test match cricket. 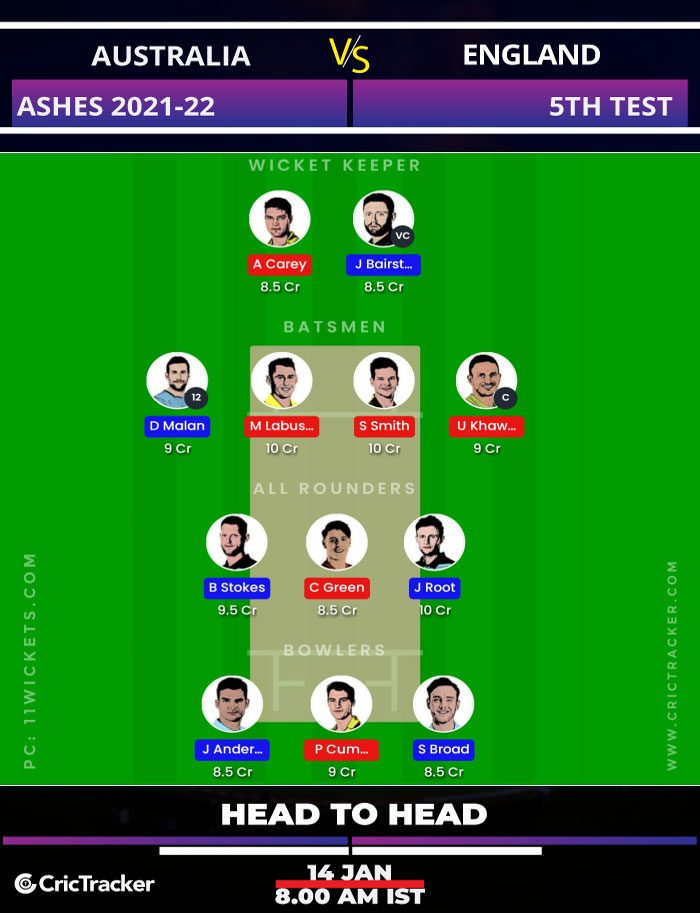 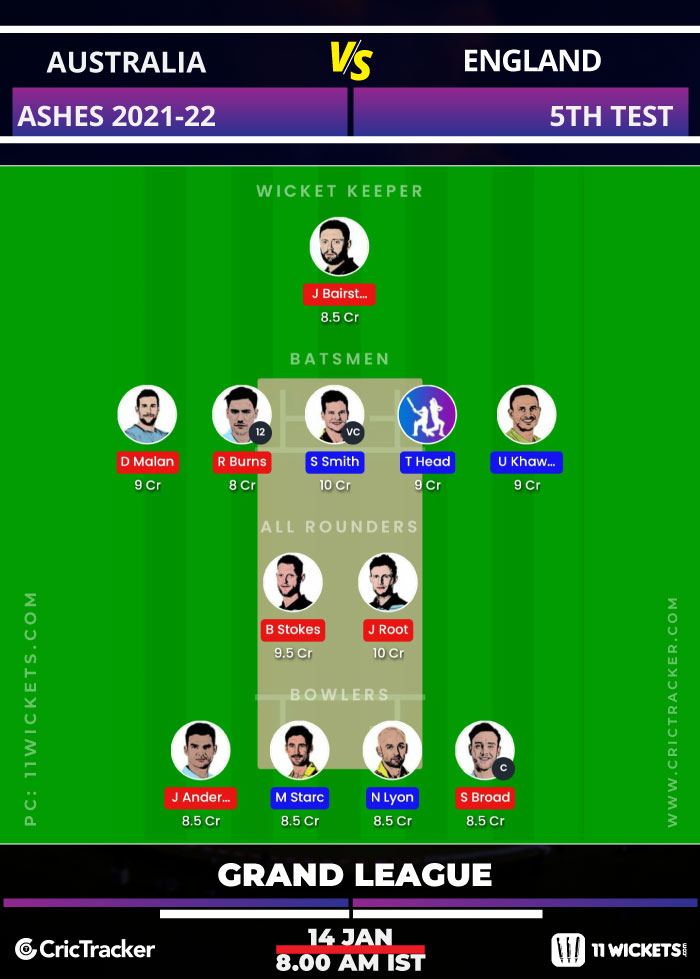