England will look to avoid a whitewash humiliation.

Australia will take on England in the 4th Test of the series. Australia have retained the Ashes urn after winning the Melbourne Test inside 3 days, thanks to a magnificent bowling performance from the debutant Scott Boland, who took 7 wickets. The hosts aren’t looking to settle for this as they are aiming to whitewash the visitors 5-0. Travis Head has tested positive for COVID-19 and Usman Khawaja will replace him in the eleven.

England have struggled as a team completely in this series. They didn’t show any kind of fight in the third Test of the series and lost the match by an innings and 14 runs. Still opening combination is a huge headache for the team management. There is nothing to lose as they already lost the series 0-3. They will be playing for pride and need to play an excellent brand of cricket if they want to beat the Aussies.

The wicket isn’t the fastest compared to the other venues in Australia. The batters will have all the time to face the seamers. The spinners will get assistance from the surface as well. There are more chances of rain interrupting this Test match on all 5 days.

Playing XIs for AUS vs ENG:

David Warner looks a completely different player when he scores runs. He has shown a lot of intent throughout this Test series and will be disappointed by missing out on the century on both occasions. In 4 innings, he has scored 240 runs at an average of 60.

Dawid Malan didn’t do well in the last Test match. He has scored over 200 runs in this series, which includes 2 half-centuries.

Joe Root is the leading run-scorer of his team in this series. The England skipper has notched up 253 runs in 6 innings at an average of 42.16 with the highest score of 89 and he also picked up 4 wickets.

Cameron Green will be a good budget pick from the all-rounders’ category at 8 credits. In 3 matches in this series, he has scalped 7 wickets and has also scored 52 runs with the bat.

Pat Cummins is having a great summer, as won the Ashes in his first assignment as a captain. In 2 Test matches in this series, he has scalped 10 wickets with the best figures of 5 for 38 in an innings and has also scored 33 runs with the bat.

Mark Wood can extract more pace even on the slower surfaces. He can be a breakthrough provider for England in this match. He has scalped 5 wickets so far in this series.

Alex Carey has managed to score 97 runs in this series at an average of 19.4. He has shown a lot of composure and kept really in all Test matches.

AUS vs ENG Must Picks for Dream11 Fantasy Cricket: 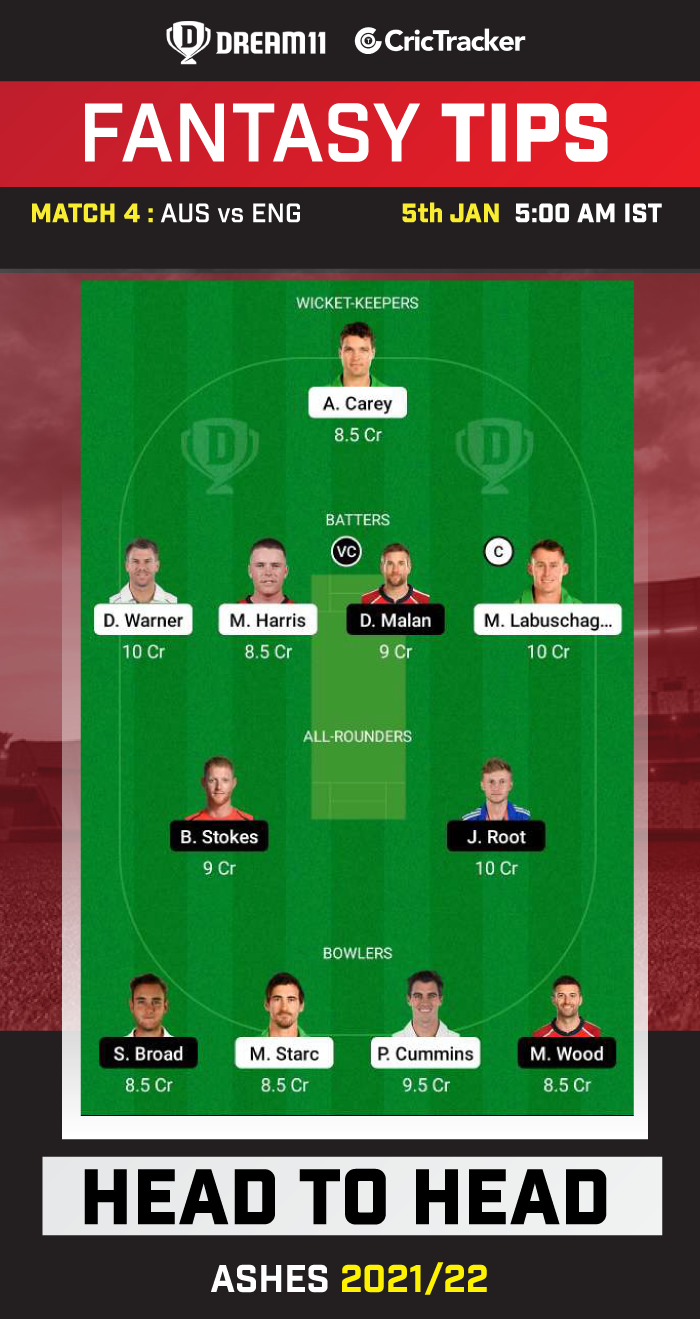 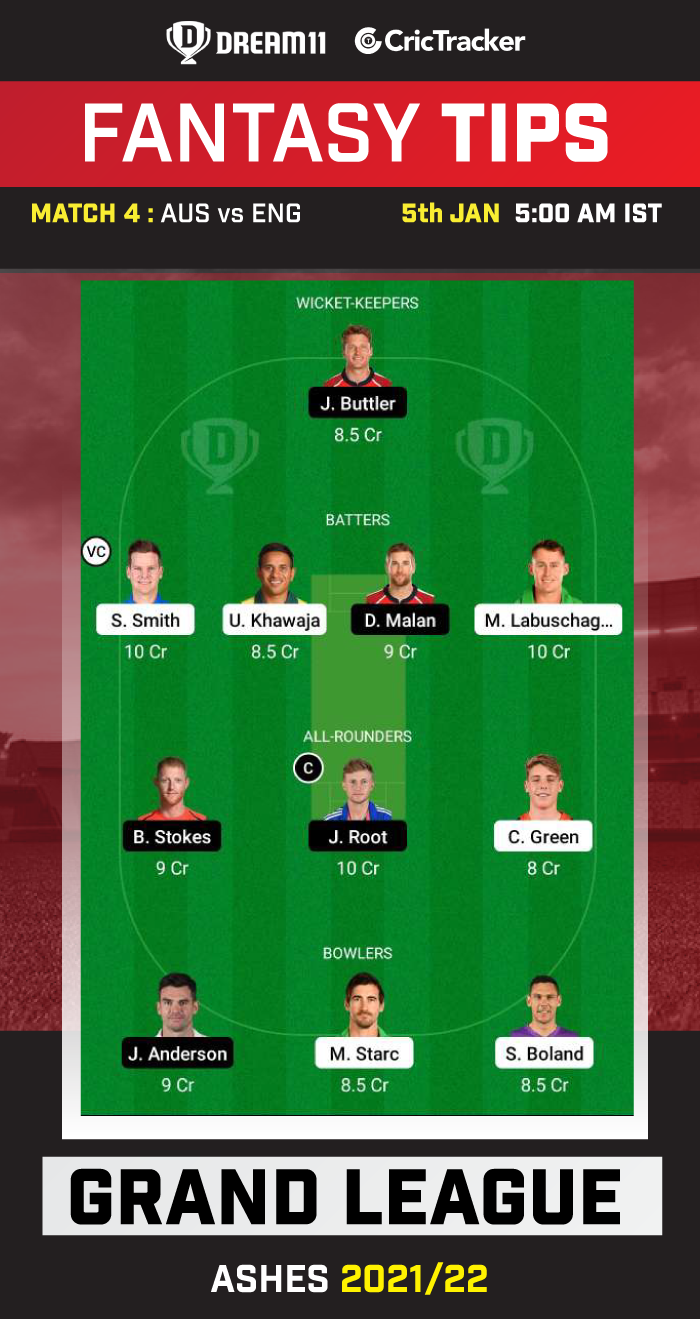 Scott Boland had a memorable debut at the MCG, as he picked up 6 wickets in the second innings of the match, which is quite incredible for a debutant. He is a risky captaincy pick for your fantasy teams.

Ben Stokes hasn’t made a huge impact in this series, but has still managed to score 101 runs and picked up 4 wickets so far. You can take a risk and pick him as your fantasy team skipper.

By considering a lot of options in the batters’ slot, it’s hard to pick Zak Crawley in the final eleven.