India have won a mere two out of 16 completed ODIs in Sydney.

After nine long months, India are all set to make a comeback to international cricket, having last played against New Zealand back in February. But their players should be up and running after taking part in the 2020 Indian Premier League (IPL).

The Men in Blue are now set for three ODIs against Aaron Finch’s Australia, the first of which would be played on Friday, November 27 in Sydney. India won their previous two bilateral ODI series against the Aussies back in 2019 and earlier this year.

The Aussies, meanwhile, amidst the COVID-19 pandemic, played an ODI series against England back in September. A few of their players also sweated it out in the IPL. Going into the first ODI, the hosts can be deemed as the favourites, going by their past records against India at the venue.

The pitch in Sydney has been a decent one for batting in recent times. An average score in excess of 300 suggests that bowlers are not likely to have it easy on the day. Moreover, teams would want to set targets and exert pressure on the opposition.

The playing conditions will be reasonable with the temperature around the 26 degrees Celsius mark. The humidity will be in the mid and high-50s.

Steve Smith didn’t have the greatest of times in the 2020 IPL After back-to-back fifties in the first two games, his campaign fell apart. However, he has started to feel at his best and is raring to step on the field.

Earlier this year, he scored a century against India, though it came in a losing cause. Smith’s overall numbers against the Men in Blue are worth envying and he would be looking to perform.

Virat Kohli had a disappointing in the IPL, going by his standards. Neither did he score runs, nor could he take his team, RCB, over the line. But when it comes to ODI cricket, the 32-year-old is deemed amongst the very best, at least from the batting front.

He should be looking to set the ball rolling. His role will hold a lot of importance since Rohit Sharma won’t be a part of the limited-overs series. 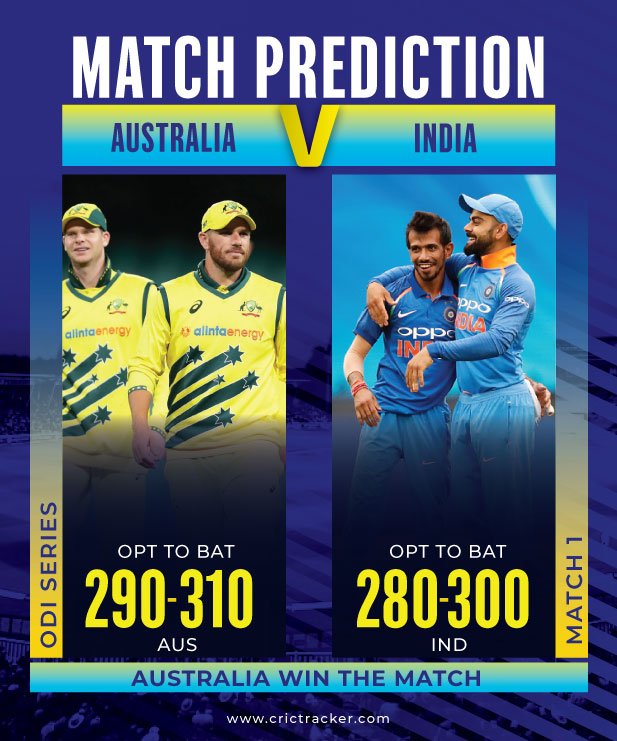