Weather forecasts suggest at a possible draw to call curtains top the series. 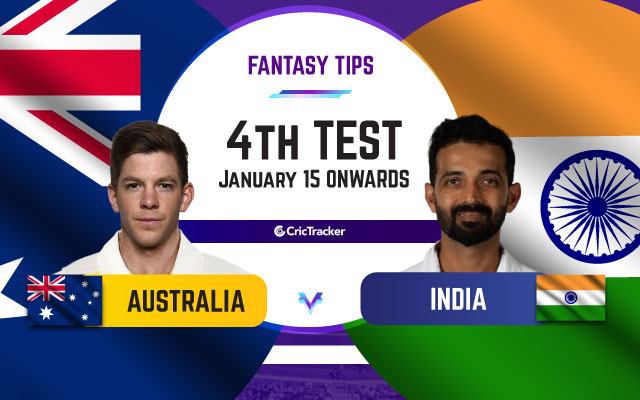 The fourth Test of the four-match Test series between Australia and India will be played at the Gabba in Brisbane.

Australia did all they could in the third Test, but the current crop of players who are wearing the whites for India are not a bunch to get easily intimidated. Thanks to the likes of Rishabh Pant, Hanuma Vihari and Ravichandran Ashwin, the Indian team managed to salvage a draw in the last game.

Now that parity has remained in this series, the teams will head for a final battle at the historic Gabba. The stadium might be termed as Australia’s fortress, but records are meant to be broken. The Indian team will try to do the unthinkable, while a series win is what the Aussies will have in their minds.

Unfortunately, it is unlikely that we will witness as five days of Tests, as there are chances of rain on Day 2, 4 and 5. The temperature will hover between 23 to 19 °C,

The pitch will eventually help the batsmen on the first day or two, but will then slowly change its character. This makes the toss a very important deciding factor.

For Australia: Will Pucovski has failed the fitness test. Marcus Harris is all set to open the innings for the Kangaroos.

For India: Ravindra Jadeja, Jasprit Bumrah and Hanuma Vihari are all nursing injuries and will not play in this match.

Steve Smith was quiet in the first couple of matches, but fans got to witness him at his best when he scored 131 in the last test. He has scored 222 runs in total.

Marnus Labuschagne has established himself as one of the main pillars of the Australian batting unit. He is their highest run-scorer of the series with 293 runs to his name.

Pat Cummins has found his rhythm back again, as the speedster has up 15 wickets. He is the highest wicket-taker of the series.

Ravichandran Ashwin has caused the Australian batsmen a lot of trouble with his spin bowling. The all-rounder has picked up 12 wickets and has also scored 78 runs.

Cheteshwar Pujara has received a lot of criticism for his playing style off-late, but the player has consistently offered important knocks to his team. He has scored 190 runs at an average of over 30.

Navdeep Saini has played only one Test in the series, but has also got 4 wickets to his name. The pacer can be a good budget pick. 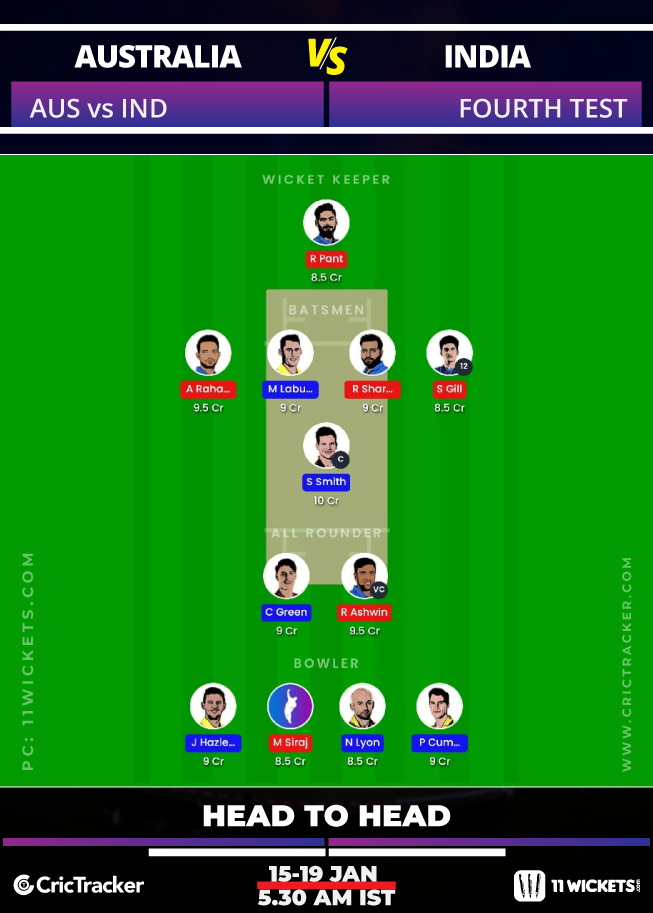 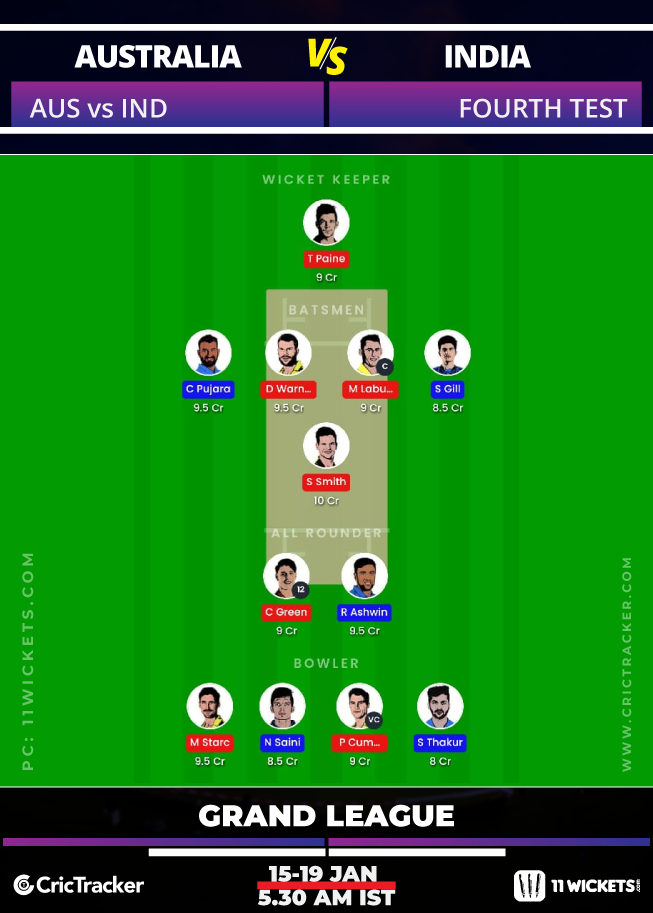 If you are looking for a budget option from the batsmen, Shubham Gill can be a great pick. He has shown great character and fearlessness for his 161, which has come at an average of over 50.

This match is expected to end in a draw.