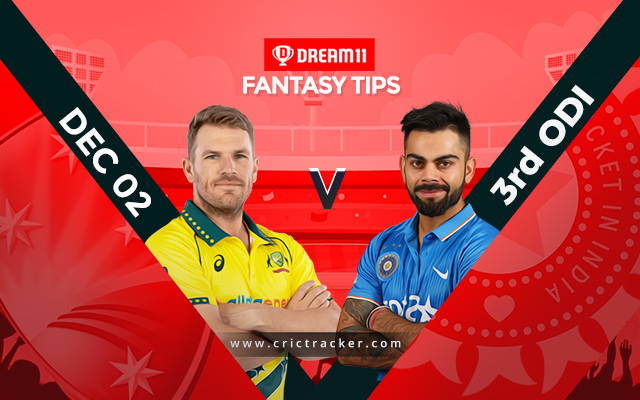 The 3rd of the three-match ODI series between Australia and India will be played at the Manuka Oval in Canberra.

Australia and India will face-off for one final time in the ongoing ODI series. The hosts have already won the series winning the opening two matches comfortably. While many would deem this is a dead rubber, both the sides will look at it as an opportunity to add 10 points to their kitty in the ICC World Cup ODI Super League. India are yet to get off the mark with this being their debut series in the league.

Moreover, Australia are dealt with an injury blow to their ace opener David Warner. He got injured while fielding in the previous game and has been ruled out of the third ODI and subsequent T20Is as well. The hosts have also rested Pat Cummins from rest of the white-ball matches to keep him fresh for the Tests. Even India might think of resting one of Mohammed Shami or Jasprit Bumrah as a lot of cricket is yet to be played on the tour.

There is a severe thunderstorm warning in Canberra on Tuesday. The weather will be partly cloudy even on Wednesday morning before sun is expected to come out just in time for the match. Having said that, the possibility of rain interrupting the proceedings can’t be denied with the temperature likely to hover around 20-22 Degrees Celsius during the match.

Manuka Oval is hosting an ODI exactly after four years. Last 50-over game played at the venue was between Australia and New Zealand on December 6 in 2016. Last seven matches at the venue have been won by the teams batting first while the chasing team last won a game here in 2008. Expect the team winning the toss to bat first again.

Marcus Stoinis didn’t play the last game due to side strain and there is no update yet on his injury.

David Warner has been ruled out of third ODI and three T20Is. There is no replacement named for this match while D’Arcy Short will replace him for the T20I series.

Steve Smith has to be a no-brainer top pick for this match. He loves batting against India and his centuries in the previous two matches prove it.

Virat Kohli showed his class with an 89-run knock in the steep chase at the SCG. The Indian skipper seemed to have regained his form and the 44th ODI ton will be around the corner anytime.

Adam Zampa has been unsung hero of Australia in this series so far with six wickets to his name. He has gone for runs but the leggie has accounted for crucial wickets.

Hardik Pandya is in good form with the bat scoring 118 runs in two outings. He bowled four overs in the last game as well and picked up a wicket. If required, Pandya might roll over his arm yet again. 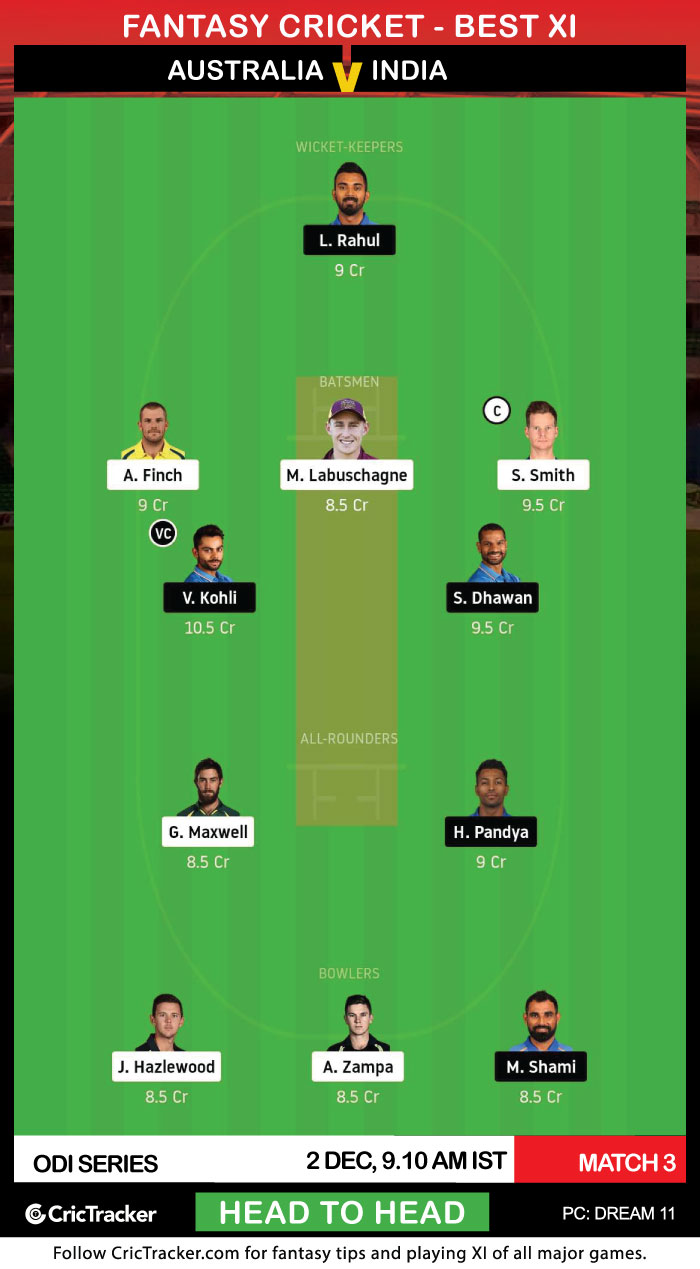 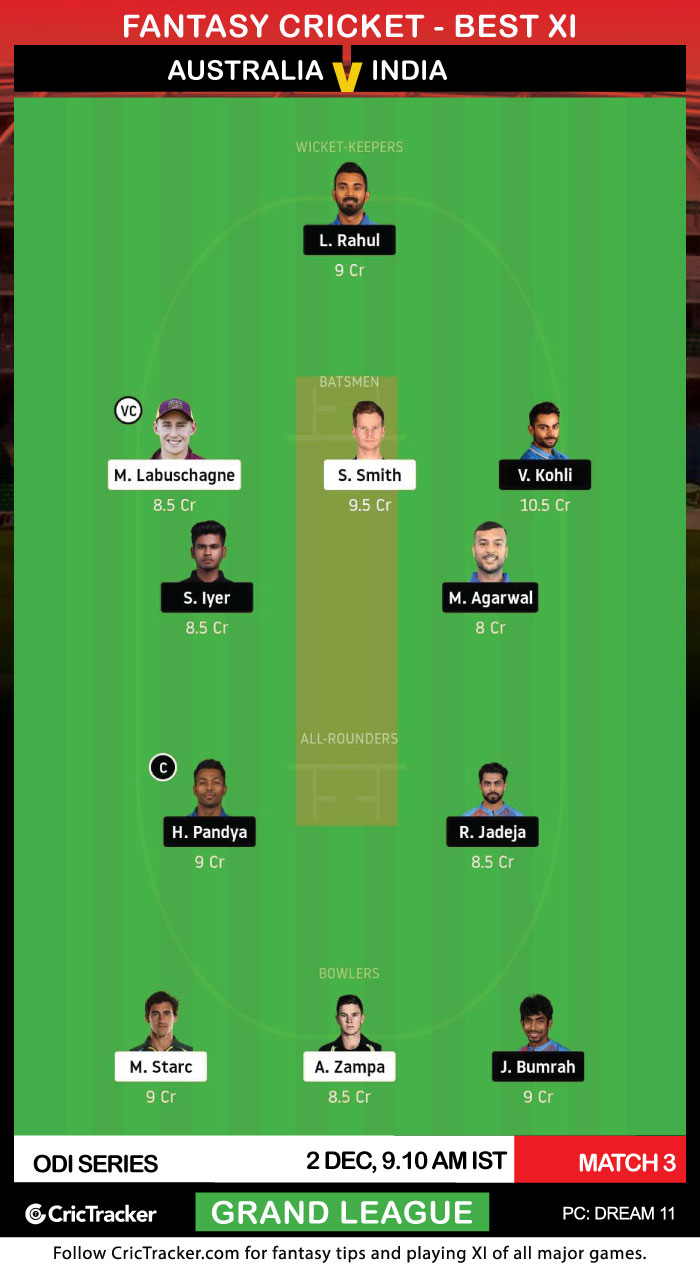 Hardik Pandya didn’t look fully fit while bowling but did well in four overs which he delivered. If he bowls again and bats the way he did in the first ODI, he is definitely a captaincy material. Make him C of your Grand League team in Dream11 Fantasy.