Tahlia McGrath can be a good pick for this match.

Australia Women and India Women will lock horns with each other for the third ODI on Sunday, September 26. The hosts exuded their dominance in the first match and secured a victory by nine wickets. However, India had almost pulled a win in the second ODI but a no-ball drama and splendid innings by Australia’s Beth Mooney sealed the deal for the hosts.

Australia required three runs off the last ball and what was supposed to be the final ball of the over was declared as a no-ball. Beth Mooney played a belligerent knock of unbeaten 125 and sailed her team to victory. Heading into this match, India will be keen to avoid whitewash by winning the match.

The pitch is expected to be a neutral one. Both the departments might get enough assistance from the surface. Opting to chase can be a good alternative on this pitch.

Beth Mooney starred with the bat for Australia. She will have her spirits high to perform for the side. She can be a good pick for this match.

Tahlia McGrath brought up an all-rounder performance for the team. She scalped three wickets and also scored 74 runs in the second ODI. She can be the other good player to bank on.

Smriti Mandhana found her rhythm back in the last match. The opener played impressive innings of 86 which included as many as 11 fours. She will be determined to take the momentum further. 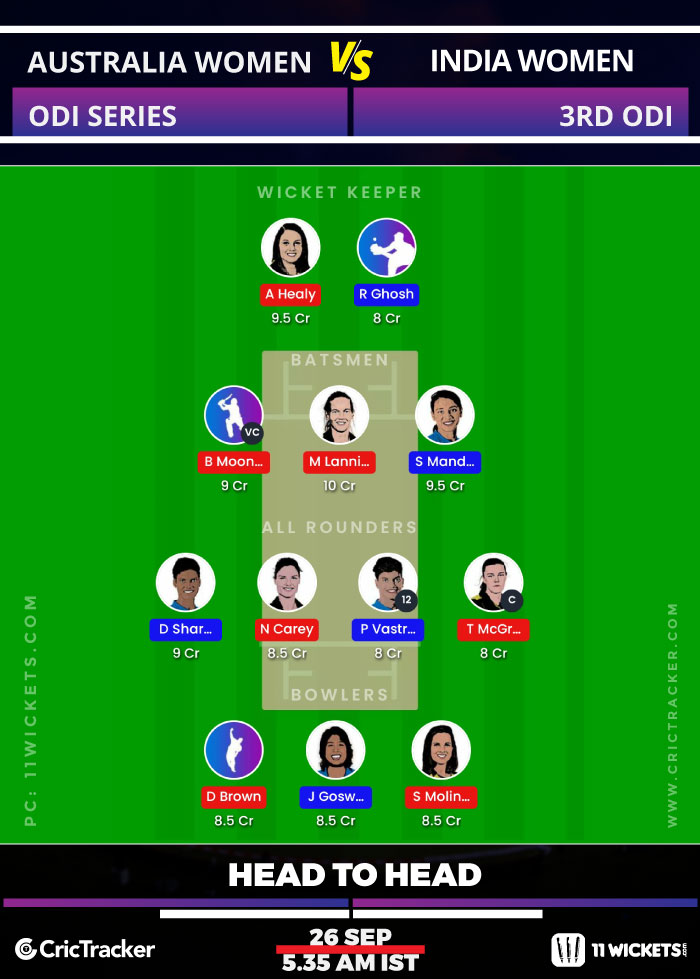 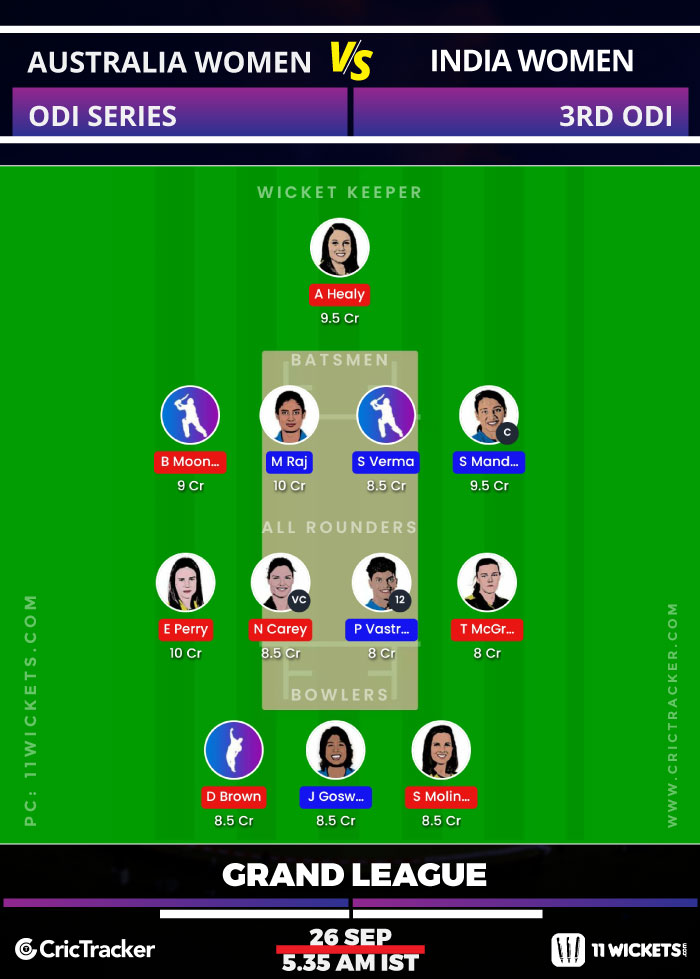