It is advisable to choose more batsmen and batting all-rounders, since this pitch is likely to be a belter.

The 1st match of the Australia One Day Cup 2021 will be played between New South Wales and Victoria on 15th February, Monday, at North Sydney Oval in Sydney.

The opening game of Australia One Day Cup 2021 will be between the two teams who finished at the bottom of the points table in the 2019-20 season. Pat Cummins will be leading the New South Wales and has taken up the challenge with confidence in a recent interview. The team did not have a good season the last time, finishing at the bottom of the table with just 1 victory in 7 games.

On the other hand, Victoria did not have a good time either winning only 3 out of 7 matches. The last time these two teams met, the match was a nail-biter and it was Victoria that won the game by just 6 runs. New South Wales have lost 3 out of their last 4 games against Victoria, which is why the latter will start this game as the favourites.

The weather will be partially cloudy on matchday, with the temperature hovering around the 23 degrees mark.

The pitch has been used majorly in T20 games and a few Women’s ODI matches. The wicket will be batting friendly with some help for the pace bowlers who like to hit the deck.

Pat Cummins would like to lead from the front for New South Wales after taking up the captaincy role in his hands. The all-rounder was in good form in the recently concluded Test series against India where he was the highest wicket-taker. In the domestic circuit, Pat has a career-best of 85* with five 5-wicket hauls to his name.

Steve Smith has been relieved of his duties as the New South Wales captain recently, which means he would have a lot of pressure off his shoulders and would be able to bat more freely. The Aussie legend was in good form against India, scoring a century and a half-century in the latter part of the series. Smith has a staggering List A average of 89 so that would be a huge boost for the Blues.

Daniel Hughes has been phenomenal in this form of the game for the New South Wales, with staggering numbers that boast of 440 runs in 7 innings with 2 centuries and an average of 73. With a strike rate of 96, he doesn’t miss out often on giving his side a strong start.

Peter Handscomb scored 216 runs in 6 innings with an average of 44 in the last edition of this competition. He would love to lead his side from the front in this fixture as well with some big exclusions from his team.

James Pattinson has picked 2 wickets on an average in the last 5 games that he has played. Albeit a touch expensive, he is almost always amongst the wickets for his team. 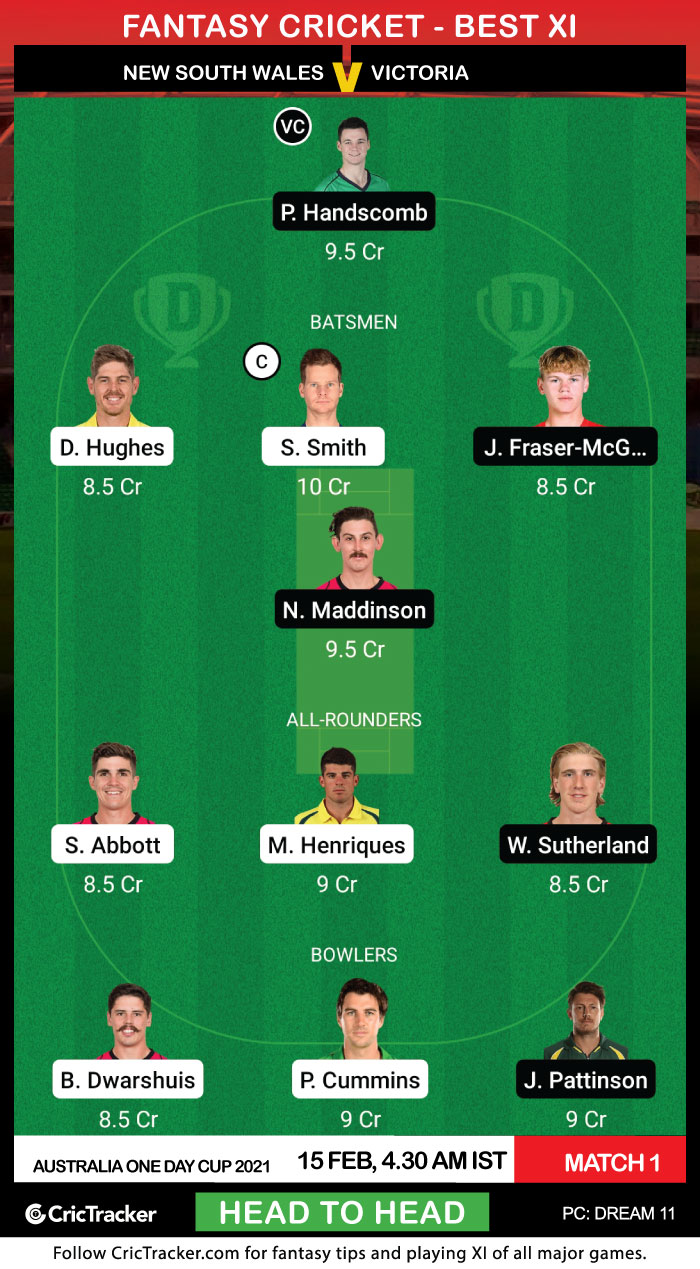 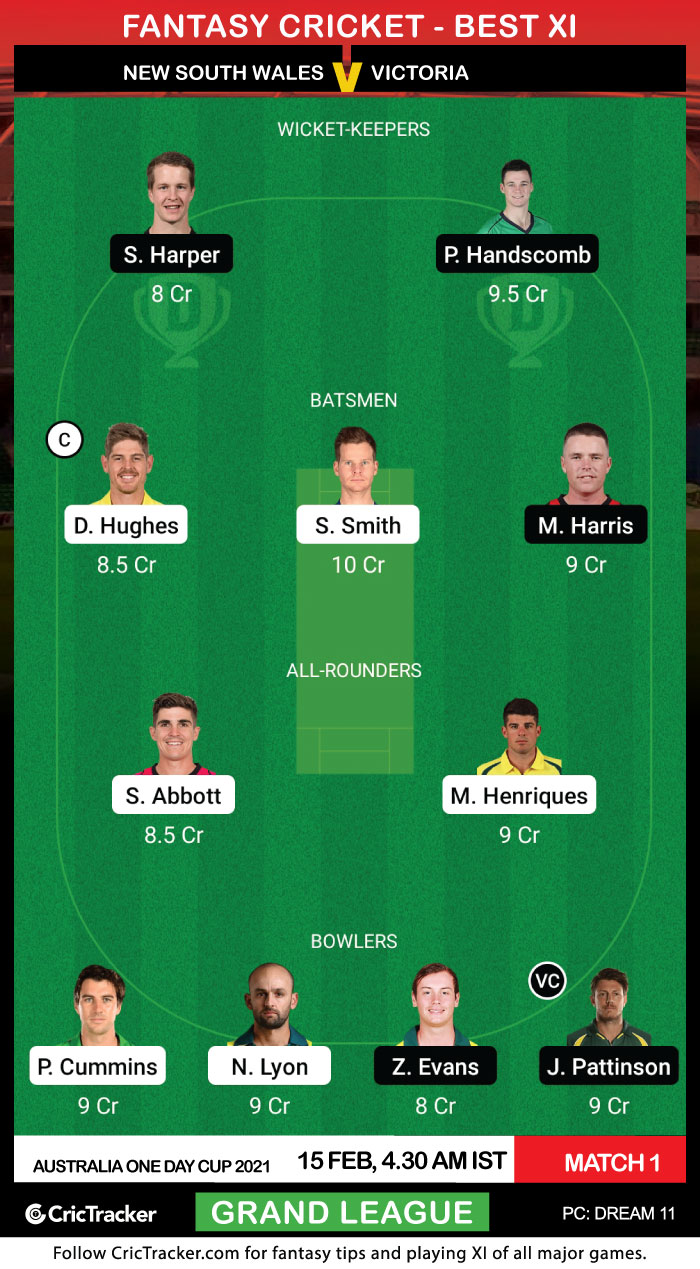 It is advisable to choose more batsmen and batting all-rounders, since this pitch is likely to be a belter.

New South Wales are expected to win this match.