The two teams have met each other in 94 Test matches so far with Australia winning 41, India 26 and 26 ending in draw. 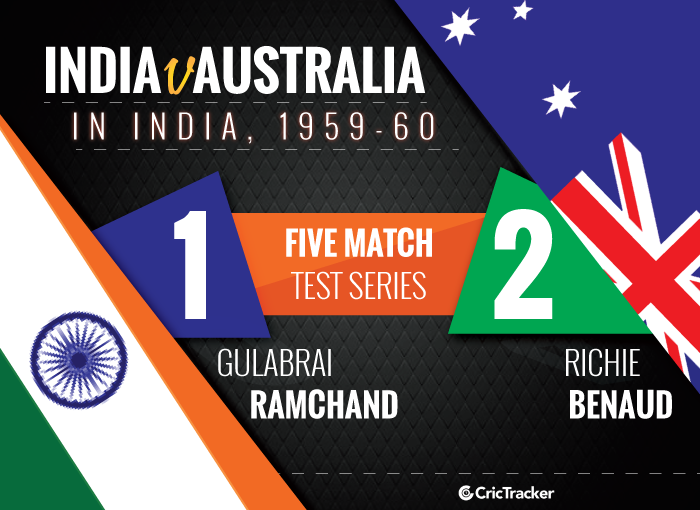 The Aussies were back in India in 1959-60 for a five-Test series under the leadership of Benaud while India were led by Gulabrai Ramchand. Australia won the first Test in Delhi by an innings and 127 runs but India made history by winning their first Test against Australia when they won the second Test in Kanpur by 119 runs with spinner Jasu Patel claiming 14 scalps. Two of the next three games in Bombay and Calcutta were drawn but Australia won the other one in Chennai (Madras then) by an innings and 55 runs to clinch the series 2-1, their third successive. 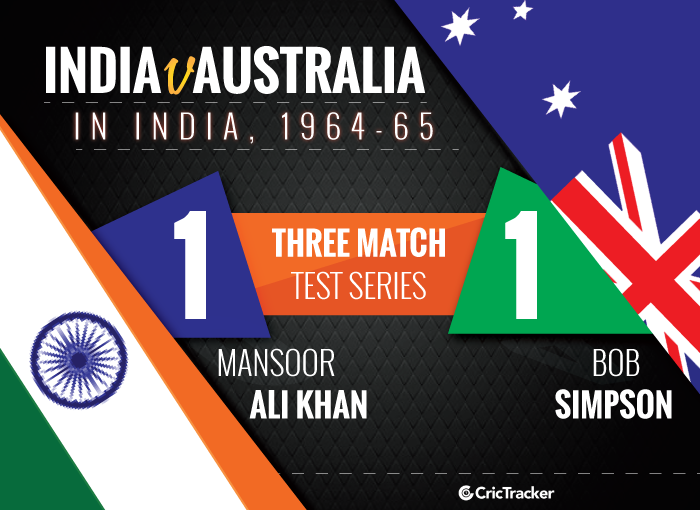 The first-ever series that India did not lose to Australia took place at home in 1964-65.  Led by Bob Simpson, Australia won the first match at the Nehru Stadium in Madras by 139 runs but Mansoor Ali Khan Pataudi’s India levelled the series in the very next game in Bombay by 2 wickets, thanks to Pataudi (86) and Dilip Sardesai (56). India took a first-innings lead in the final Test in Calcutta but failed to capitalise as Australia drew the series. 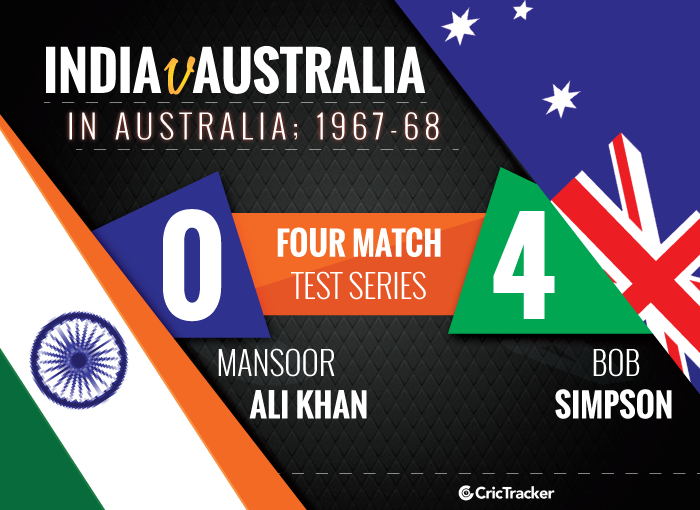 India toured Australia for the second time and was hammered 4-0 in as many Tests. Australia were led by Simpson and Bill Lawry (two each) and India by Chandu Borde (one) and MAK Pataudi (three) again but the latter found it too hot to handle Down Under. Australia won the four Tests in Adelaide (146 runs), Melbourne (an innings and 4 runs), Brisbane (39 runs) and Sydney (144 runs) with India managing to cross the 300-run mark only twice.