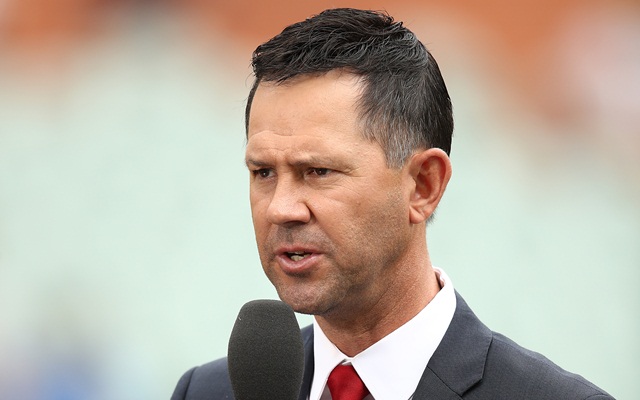 After having shellacked the Pakistanis to all corners of the Gabba and the Adelaide Oval, the Australians will now lock horns with their Trans-Tasman rivals in what should be a highly-competitive three-match Test series. The first Test will be a day-night affair at the Optus Stadium in Perth. In the last day-night fixture against Pakistan, David Warner and Marnus Labuschagne made merry against an inexperienced and lackluster Pakistan bowling unit.

But, with New Zealand boasting of a highly skilled and potent attack, things might not turn out to be as hunky-dory as they were against Pakistan. In Trent Boult, Tim Southee, Matt Henry, Lockie Ferguson, and Neil Wagner, the Kiwis have an attack for all conditions. And, former captain Ricky Ponting has signaled the biggest threat for the Aussie batsmen in the upcoming series- Neil Wagner.

Despite his consistently good performances, somehow Wagner’s name doesn’t feature when it comes to talking about the best fast bowlers currently. However, Ponting recognizes his threat. According to the former captain, if the conditions aren’t offering conventional seam or swing, Wagner- who consistently bowls short and short-of-a-length could come in really handy.

“If the bowling conditions get a little bit flat, with Boult and Southee in their line-up, if the ball doesn’t move around, I think they might find it difficult. Wagner is the one who’s having a good 12-18 months for them and we know what he’s like – he runs in quick and bangs the ball in and uses his bouncers really well. He’s someone the Aussies are going to have to look out for” Ricky Ponting said to cricket.com.au

Since 2018, the left-armer has claimed 43 wickets in 10 Tests at an average of 24. Wagner has a five-wicket haul in each of his last four Tests and his consistent exploits finally earned him a 3rd spot in the ICC Test rankings.

One of the biggest strengths of Wagner is his ability to consistently bowl long spells. In the recently concluded Test series against England, where the more celebrated bowlers like Jofra Archer (2 wickets at 100.50) and Stuart Broad (4 wickets at 38.5) struggled to create any impact on flat tracks, Wagner walked away with five-wicket-hauls in both the Tests, taking his wicket-tally to 14. And, Ricky Ponting feels that New Zealand will use him as an enforcer.

“That’s his job: He just runs in, and bowls most balls between your hip and your armpit. If you’re going to score off him, you’ve got to score off him with a horizontal bat. How many times do you see a pull shot up in the air, or mis-hit to mid-on?

“They’ll use him as their enforcer … What they have is a well-rounded attack. Guys with the new ball who pitch it up and try to swing it and Wagner comes in behind them and bowls fast and short,” added Ponting.

It all begins at Perth on December 12 when the Trans-Tasman rivals lock horns in the first Test at the Optus stadium.