Suzie Bates is going through a rough patch since India series.

After the nail-biting opening encounter, Australia Women and New Zealand Women will be back in action for the 2nd ODI. In the first game of the series, the Southern Stars managed to clinch a marginal 5-run win. The game went down right until the last over where the White Ferns needed 18 runs to win the game.

However, they only managed to get 12 and thus ended up on the disappointing side of the result. The Aussie team has won all of its last five ODI games and seem to have the momentum on its side. Yet, the White Ferns are quite a strong team and cannot be taken lightly. The home team will be looking forward to sealing the series in Adelaide.

The 2nd game of the 3-match ODI series between Australia Women and New Zealand Women will be hosted by the Karen Rolton Oval in Adelaide.

The game will be live on Fox Sports in Australia.

Two women’s List A matches were played at the Karen Rolton Oval this year. The average first innings score at the venue in these games was 220. While team batting first won one match, the chasing team won the other.

She scored 1176 runs against Australia with two centuries and 6 fifties. 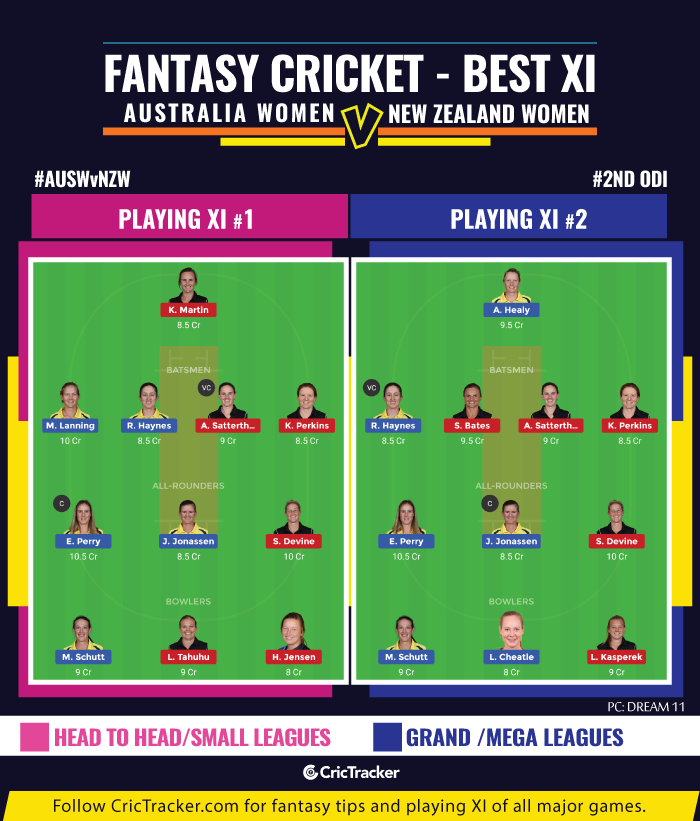 Suzie Bates scored 154 runs in her last seven ODIs at an average of 22. She costs 9.5 credits and can be excluded.

The visitors are expected to make a stunning comeback and level the series.