Smriti Mandhana has seven fifties in 12 innings against England Women since 2018.

The 1st match of the Australia Women’s Tri-Nation T20I Series, 2020 will be played between and England Women and India Women at Manuka Oval in Canberra.

The game can be viewed on Sony ESPN SD and Sony ESPN HD. Live streaming available on Sony Liv.

The Australia T20I Tri-nation series can be considered as the trailer for the Women’s T20 World Cup starting next month. India, who made it to the semi-finals in the last edition will be up against the finalists Australia and England in this Tri-Series. A total of seven matches will be played in this series including the final. The first three games will be hosted by Canberra’s Manuka Oval where the tournament kicks off with the visiting teams England and India clashing off on Friday.

The real threat to this match is not rain but the bushfires smoke around Canberra that has brought down the Air quality level.

The pitch here more or less remains the same through the 20 overs. If a team bats first and struggles, we can see the chasing team struggle in a similar fashion. Two of the six Women’s T20s at this venue since 2017 witnessed 150+ chases including a record 179-run chase by England team in 2017 against the hosts.

Poonam Yadav was ruled out of the last month’s Challenger Trophy due to an injury. She didn’t feature in the warm-up match either. Hence it is unsure if she is 100% fit for the opening match.

Smriti Mandhana has a tremendous record in the limited-overs cricket against the England Women. Since the start of 2018, Mandhana struck three fifties in six T20Is and four fifties in six ODIs against the English team. Her record on the Australian soil makes her even more crucial in the fantasy team. Danni Wyatt has scored two T20I centuries thus far – One against India in India and the other against Australia at the Manuka Oval, which will be hosting this match. She aggregated close to 500 runs during the recent WBBL. Sophie Ecclestone has picked up more T20I wickets for England Women than any other player since 2017. She bagged a total of 34 wickets across 24 matches at a strike rate of 15.7. 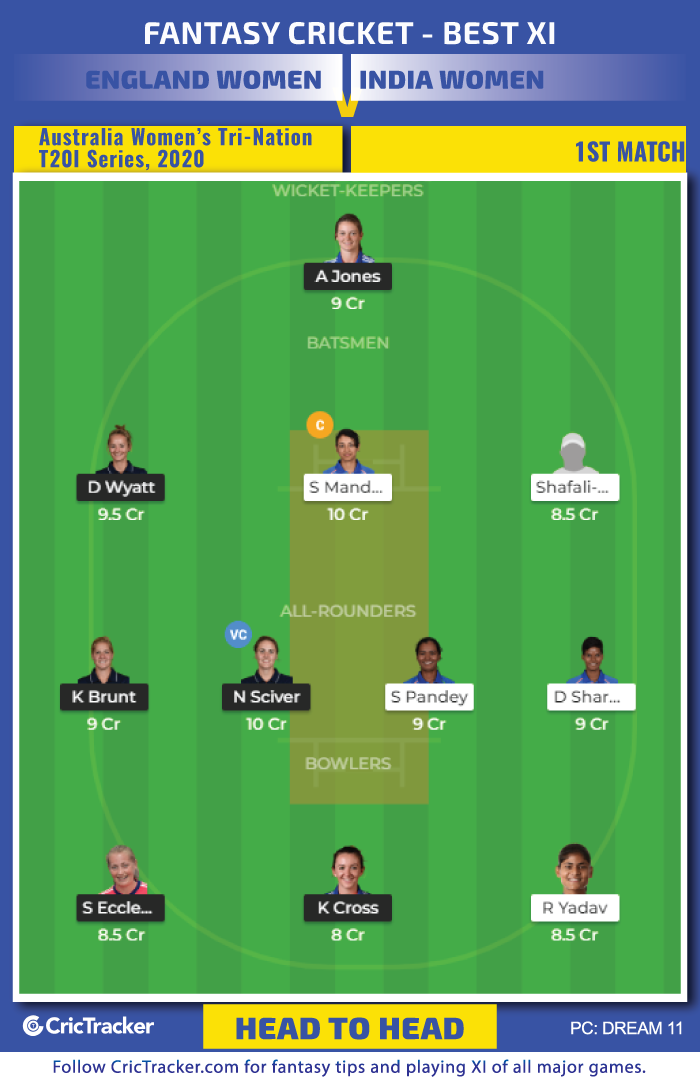 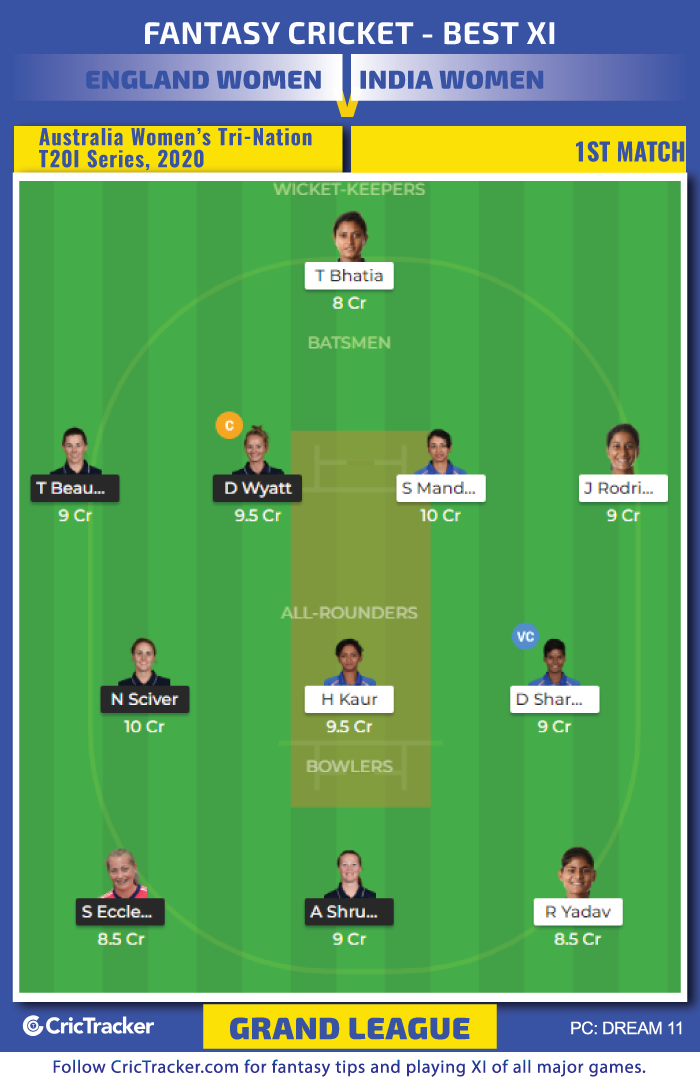 There is a possibility of Indian batting collapsing after a decent opening partnership irrespective of the pitch. Our first Suggested Fantasy XI is made for such a case with only the opening pair of Smriti Mandhana and Shafali Verma excelling with the bat for India. In the likely absence of leg-spinner Poonam Yadav, the skipper Harmanpreet Kaur is expected to bowl a decent number of overs. This meant picking her will be valid even if she gets out on the first ball or doesn’t get a chance to bat.

England Women is expected to win this game which could go down the wire if India Women put on a good fight.