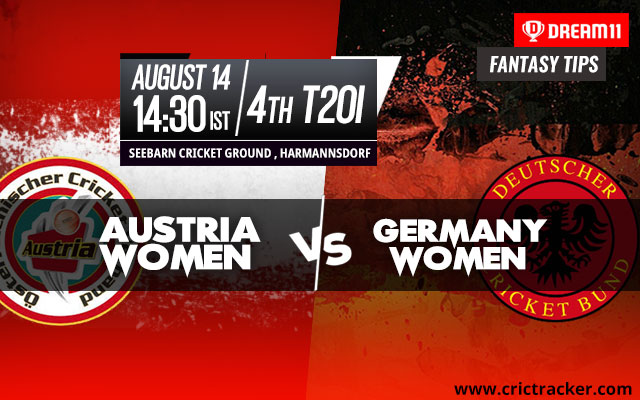 The 4th game of the 5-match T20I series between Austria Women and Germany Women will be played at the Seebarn Cricket Ground in Harmannsdorf.

The doubleheader on Thursday helped Germany Women to rewrite some of their major records in the T20I format. During the morning match, Germany posted their highest T20I total, their highest T20I partnership, their first-ever century by Janet Ronalds and the first-ever 5-wicket haul by Emma Bargna. They won the game by 138 runs after bundling out hosts to 53. Later in the 2nd T20I as Anne Bierwisch took their maiden hat-trick helping Germany to chase down 55 and achieve their first 10-wicket win.

The fourth T20I between Austria Women and Germany Women is expected to get hit by rain along with scattered thunderstorms.

The nature of the Seebarn Cricket Ground pitch would hardly matter in this series given the way matches went thus far. Germany Women would post a huge total if they bat first while Australia Women end up with a low total if they get to bat.

Janet Ronalds scored a century after opening the batting in the second T20I but was rested from batting for the 3rd T20I.

Christina Gough is the leading run-getter of the series with 138 runs and also gave away only nine runs in six games.

Emma Bargna took a 3-wicket haul during the first T20I and followed with a 5-wicket haul in the next match. 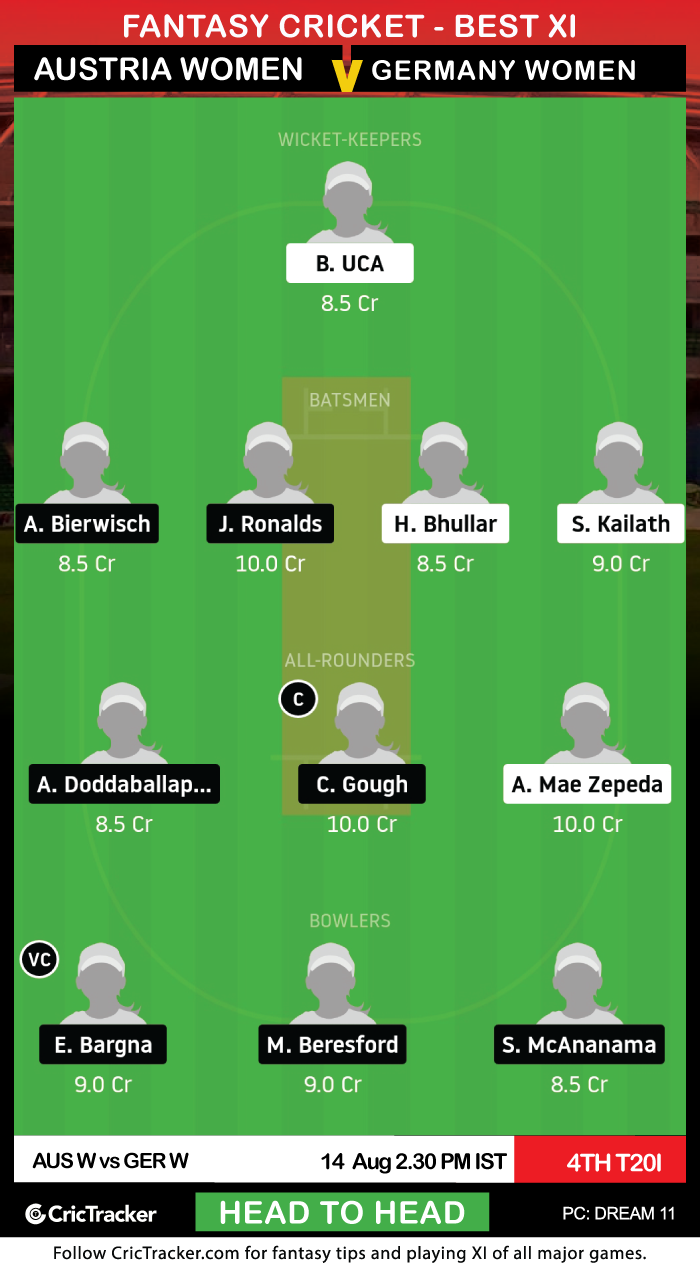 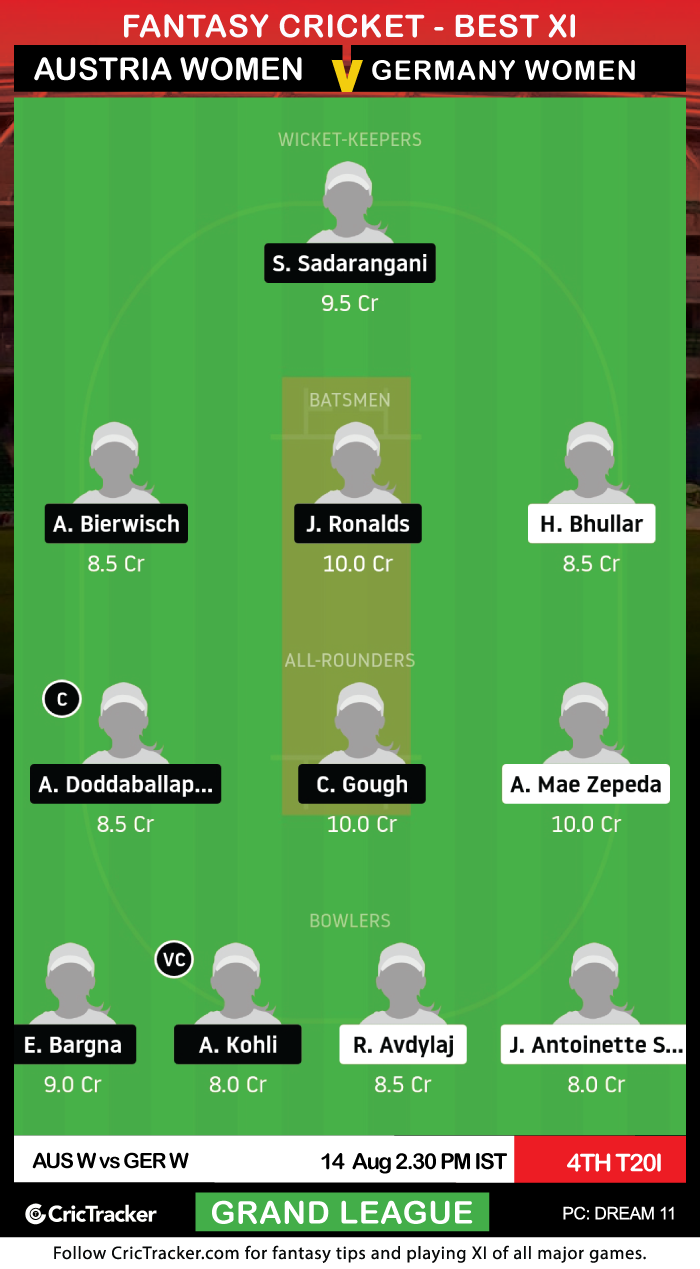 There is a decent chance of rain during Friday’s T20I match. Hence, we might not expect full 20 overs with rain making consistent appearances. In this case, picking up players who can bat in the top three should be preferred. Bowlers hardly make a change in such matches as all bowl only 1-2 overs and the have an equal chance of taking wickets.

Germany Women are expected to continue their dominance over the Austria Women in this series.