The 7th match of the Pakistan Cup will be played between Balochistan & Khyber Pakhtunkhwa at the State Bank of Pakistan Sports Complex, Karachi on January 12th, Tuesday.

Both these teams have played two games in the tournament and have won 1 match each. Balochistan won their previous game just by 1 wicket in a nail-biting fashion. Khyber Pakhtunkhwa, on the other side, pulled off a heist against Central Punjab and they chased a daunting score of 305 with 3.3 overs to spare.

The momentum, however, will be with Balochistan as they are coming from a win against Southern Punjab. Khyber Pakhtunkhwa, on the contrary, will be looking to fight back after their loss in their previous match against Sindh.

Great conditions for a game of cricket will be observed when the two teams come out to play. Clear skies with the temperature hovering around the 15 degrees mark is expected at the venue on match day.

The pitch here will be a batting track. Teams have astonishingly opted to bowl first but it’s the side batting first that have had an 80% win percentage.

Imran Farhat scored a captain’s innings, making 96 the last time he came out to bat against Southern Punjab. He would love to lead from the front this time around too.

Taj Wali took 2 vital wickets in the previous match that helped his team cross the line in amazing fashion. He would be vital for Balochistan’s chances in this game as well.

Asif Afridi took a fifer in his previous game, but that ended in a losing cause. He would definitely be looking to make amends to his team’s result while repeating his heroics in this game as well.

Bismillah Khan has looked in great touch right at the top of Balochistan’s batting line up. If he can give them a good start, his team might be able to continue their winning momentum.

Rishabh Pant will dominate in all formats soon: Michael Vaughan 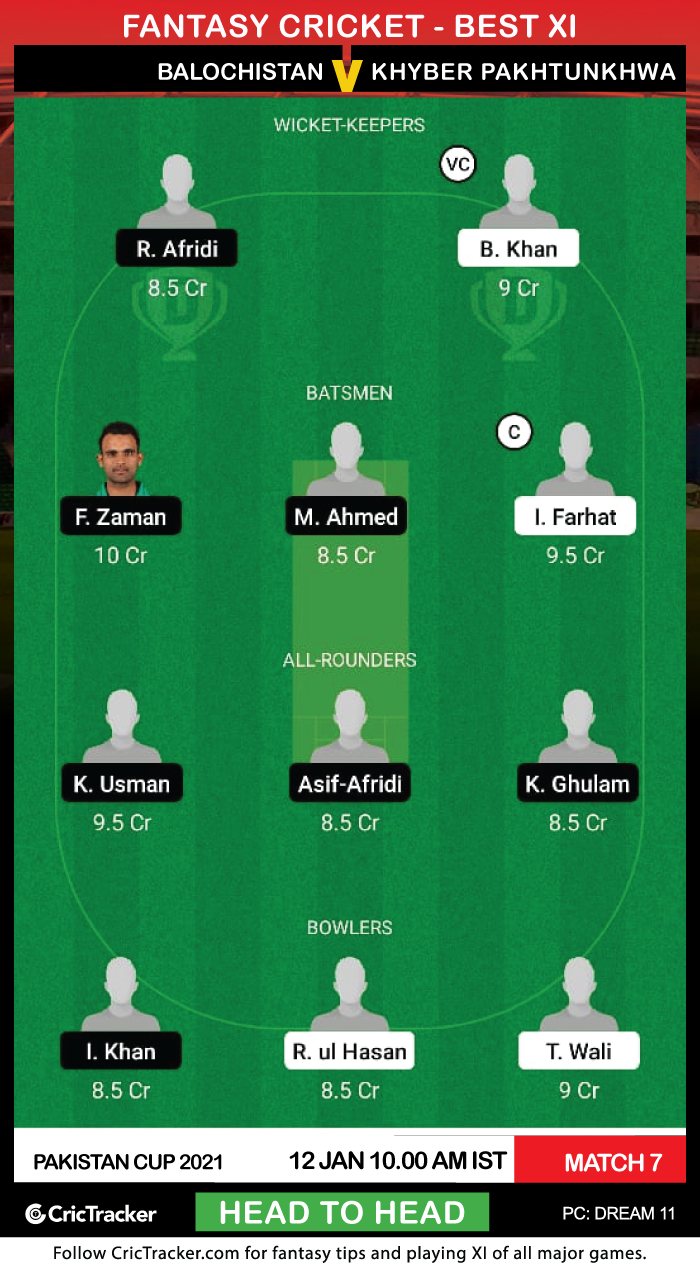 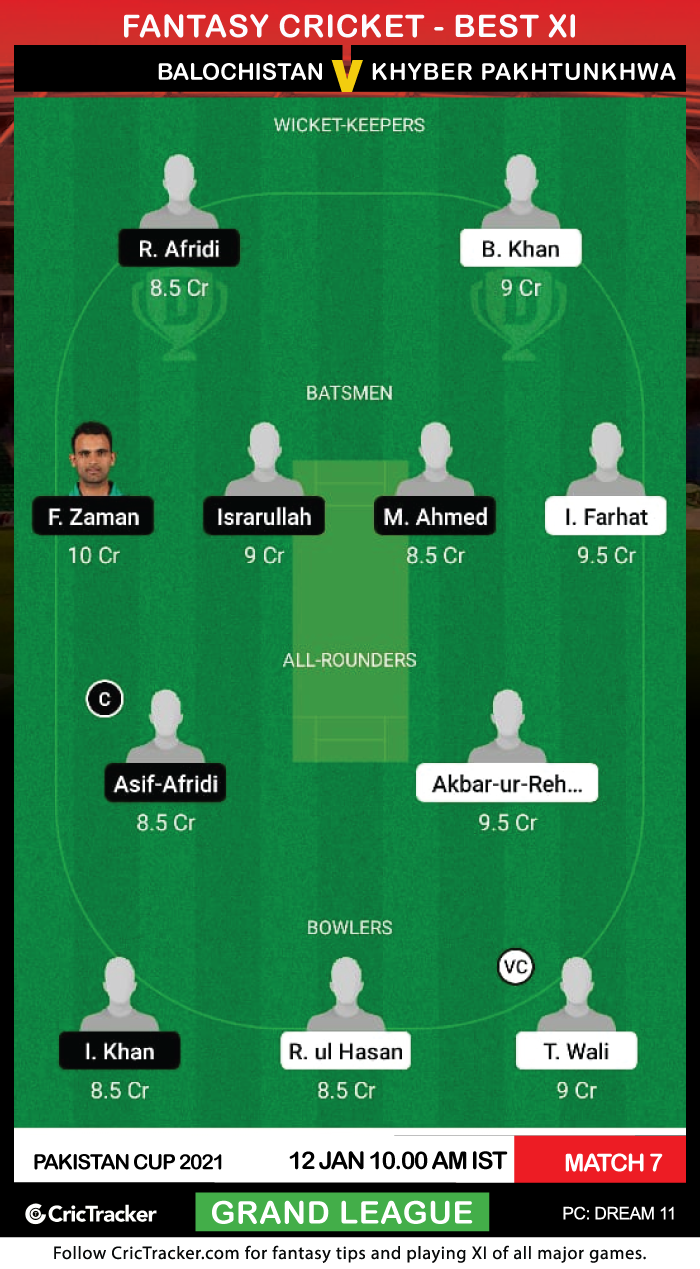 Make your team with more players from Khyber Pakhtunkhwa since they are a good team that will try their best to make a comeback and will probably dominate the game.