Sindh are the favourites to win this game.

The 10th match of the Pakistan One Day Cup will be played between Balochistan and Odisha Sindh at United Bank Limited Sports Complex, Karachi on Thursday.

This match is scheduled to start at 09:30 AM Local Time (10.00 AM IST) and can be streamed live on PCB’s YouTube channel.

Balochistan and Sindh are all set to face each other for the first time in the ongoing competition on Thursday. Sindh won their previous game against Central Punjab as they chased down the target of 288 runs with six wickets in hand. Currently, they are sitting in the 2nd position with 4 points in their bag.

Sindh, on the other hand, have lost their last battle against Khyber Pakhtunkhwa even after scoring 377 runs. Moreover, they have managed to win only one out of their three games and are placed at the 4th position in the league table. Both the teams have spent enough time in the league and would know the conditions very well. Now, it is all about executing gameplans to perfection.

The weather on Thursday will remain fine throughout the day. The temperature will hover around 18-24 Degrees Celsius range.

The track at this venue is a neutral one, but bowlers will get some assistance in the second innings. So, the team winning the toss should bat first on this pitch.

Mohammad Amir was dropped as his performances were not up to the mark: Babar Azam

The skipper of the side, Imran Farhat is the leading run-scorer in this competition. He has plundered 222 runs in just three games at an average of 74.

Bismillah Khan is also looking in good touch with the bat. In the last game, he missed his century by just 8 runs. He has scored 178 runs so far in the league and can be backed to score big in the upcoming game.

Taj Wali has plucked 7 wickets, which is the most by any player from his side. Wali had a four-fer in the previous encounter.

In the last game against Khyber Pakhtunkhwa, Khurram Manzoor scored an outstanding hundred which helped his team to get over the victory line.

Azam Khan has played some decent knocks so far in the competition. He has piled up 135 runs at an average of around 68.

The second-highest wicket-taker of the tournament, Mohammad Umar will be the key bowler for Sindh in the upcoming game. He has bagged 9 wickets from his 3 outings, which includes a four wicket-haul in the last game. 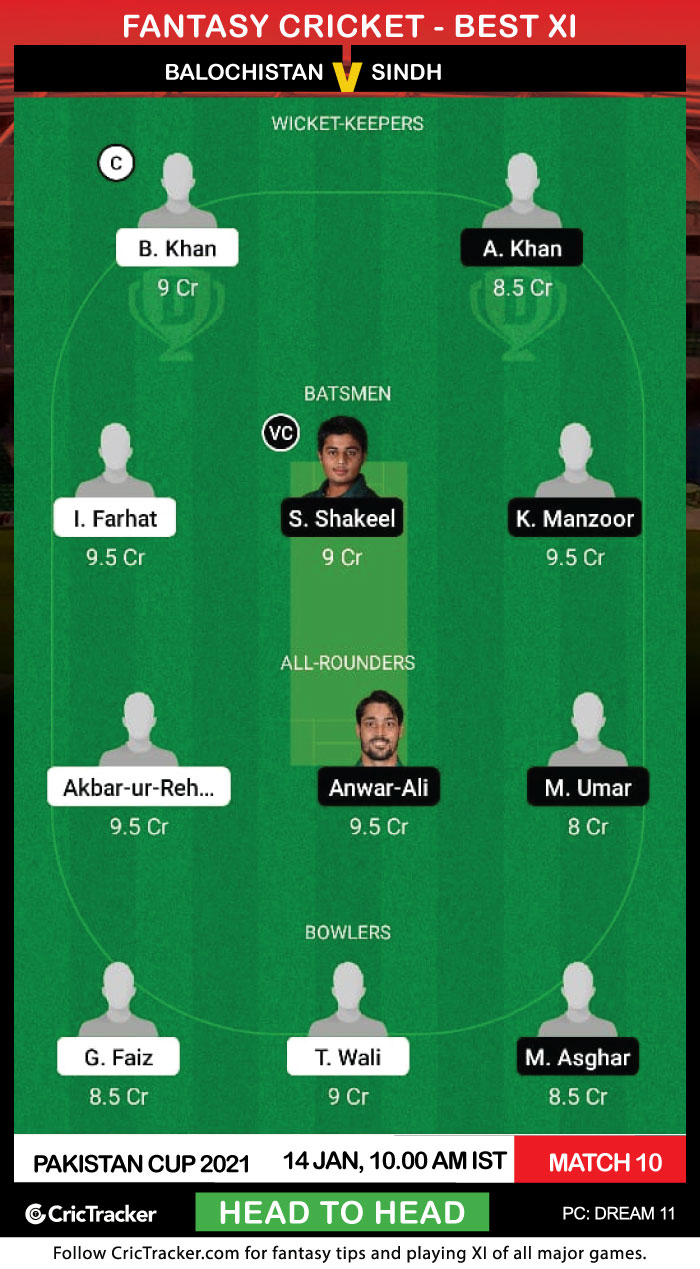 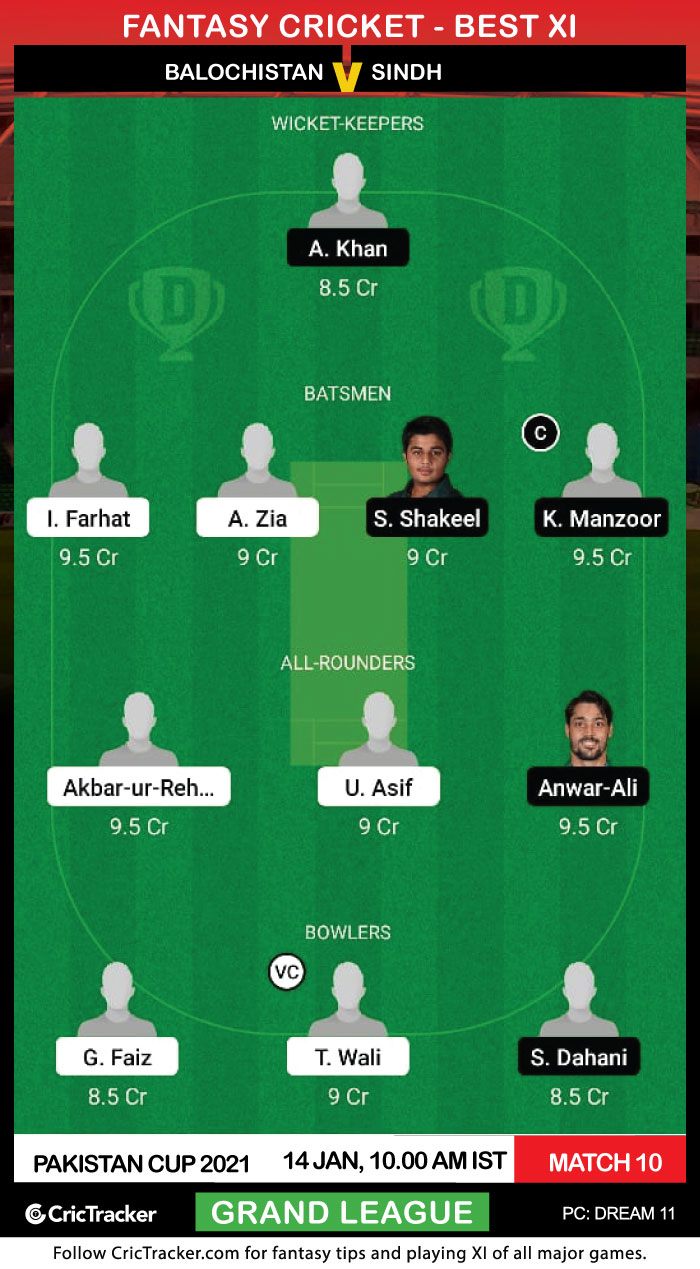 Mohammad Umar is in very good form with the ball and never fails to pick wickets. He should be in both of your Dream11 Fantasy teams.

Sindh are expected to win this match.