Balochistan are expected to secure the last ticket to semi-finals by beating Southern Punjab.

The 30th match of the National T20 Cup 2020 will be played between Balochistan and Southern Punjab at the Rawalpindi Cricket Stadium, Rawalpindi.

It is the last match of the league stage,  where Balochistan will take on Southern Punjab at the Rawalpindi Cricket Stadium, Rawalpindi. Balochistan lost their last game against Northern as they couldn’t chase down the total of 199 runs. They are placed at the 5th position in the points table with 8 points in their bag.

Southern Punjab, on the other hand, won their previous game against Sindh as they bowled them out for just 121 after putting 191 runs on the board. They are placed at the last position in the points table with 6 points in their bag. They might have the slightest of chances to make it into the playoffs if they can pull off a big win today.

It will be a hot day in Rawalpindi, but the temperature will ease down in the evening. It will be around 20 degrees Celsius when the match is scheduled to start.

The track at Rawalpindi has helped the batsmen more than the bowlers. The teams winning the toss will look to chase at this ground as anything even above 170 is not a difficult task to chase down.

Hussain Talat has amassed 235 runs in 9 innings so far and has also picked up 6 wickets.

Awais Zia has been going well in the tournament and has scored 285 runs in 9 games at an average of 32 and a strike rate of 146.

Imam-ul-Haq has done a good job for his team so far in this competition. He has scored 346 runs at a strike rate of 145. 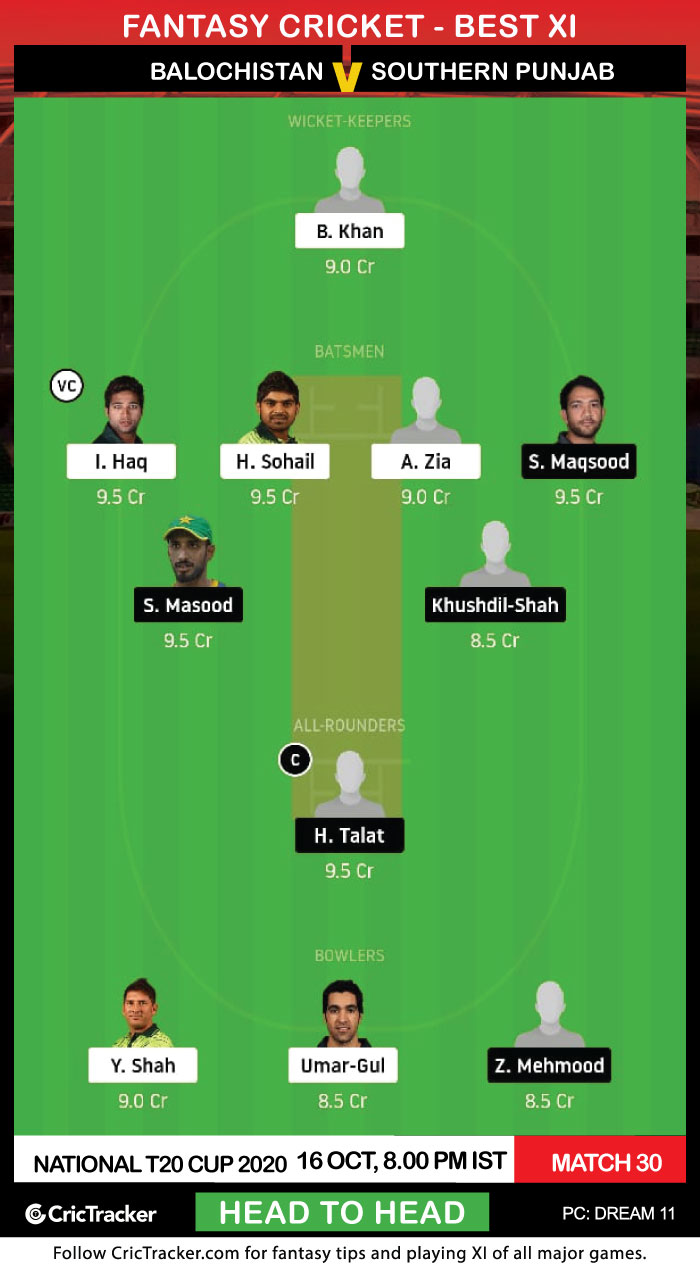 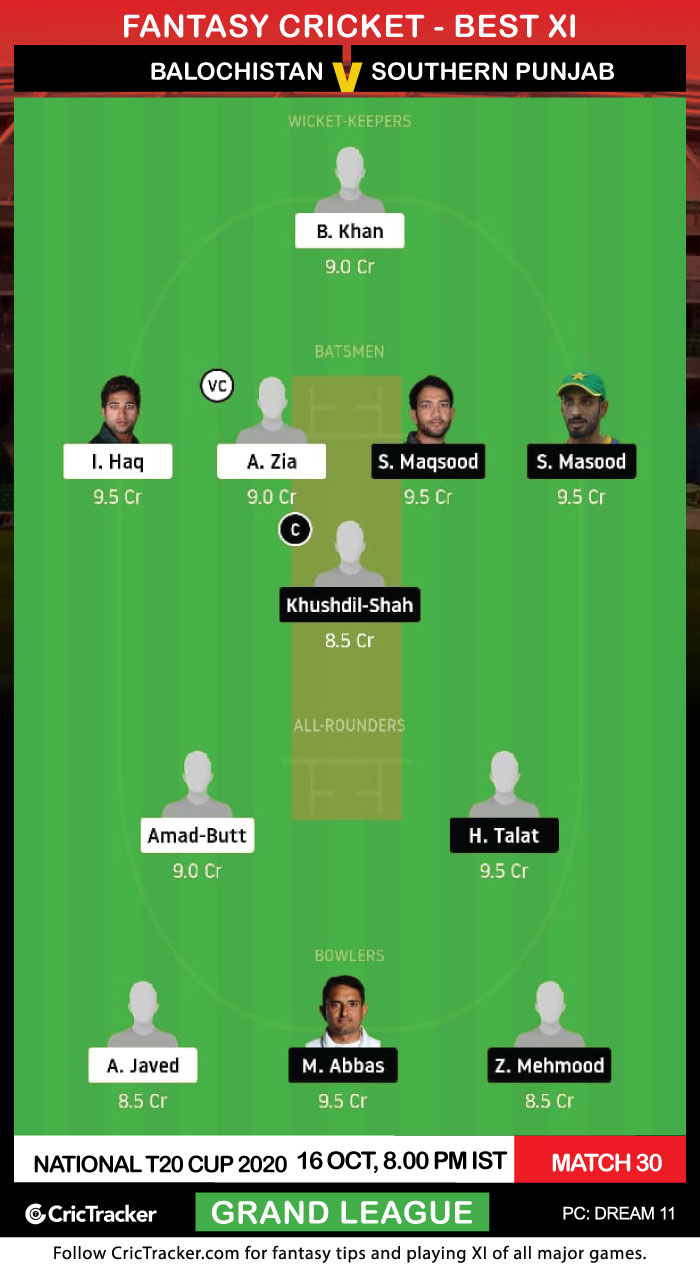 Amad Butt has been doing quite well in the tournament. You can try him out as a multiplier in one of your Grand League teams.