Bhanuka Rajapaksha is currently the highest run-getter for his side.

Bangla Tigers and Chennai Braves will lock horns with each other in the Match 12 of the UAE T20 League 2021. The Faf du Plessis-led side finally secured their first victory of the tournament against Northern Warriors. The team chased down the target of 127 to win the match by five wickets.

Chennai Braves on the other hand has had a disappointing time in the league so far. The team has lost all the three matches that they have played so far. Heading into this game both the teams will look forward to winning the contest and making an impact on the tournament.

The pitch is expected to be inclined towards the batters. The bowlers might need to toil hard in order to clinch wickets on this deck.

Bhanuka Rajapaksha is currently the highest run-getter for his side. In the tournament so far he has chipped in 118 runs. In the previous game, he hit a belligerent half-century and will be determined to continue his good momentum further.

Angelo Perera hit 32 runs off just 19 deliveries in the previous game. He will be determined to make an impact on the side. He can be a good pick for this match.

Will Jacks helped the team to win their first match of the league. He hit a half-century to help the team to chase down the total in the previous game. He can be the other good pick for this game. 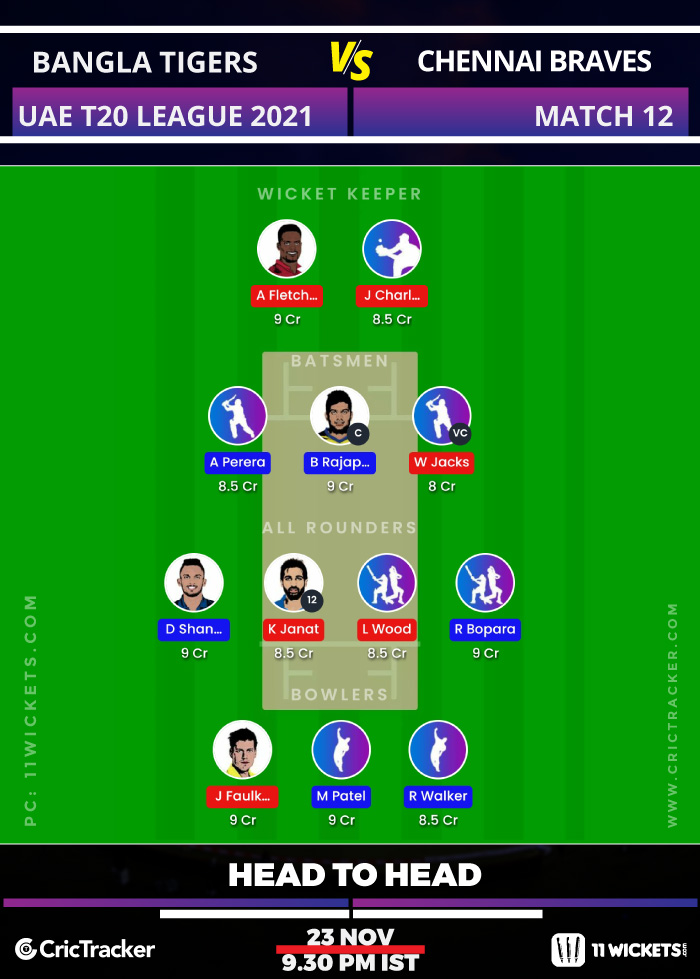 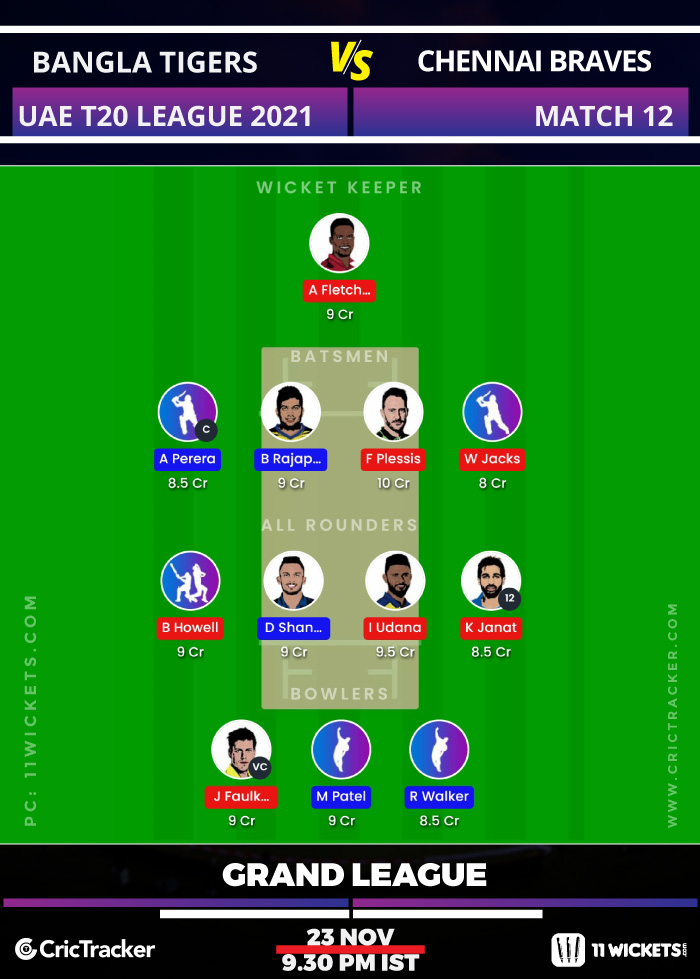