Shakib Al Hasan can be a good pick for this match. 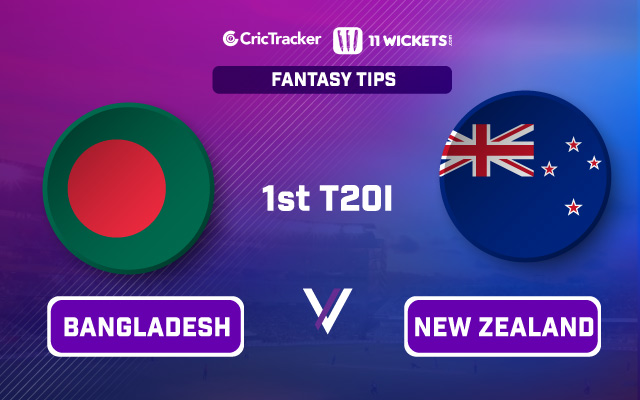 Bangladesh and New Zealand will battle it out against each other for the first T20I on Wednesday, September 1. Bangladesh will be in high spirits high after winning the T20I series 4-1 against Australia recently. It was also their first-ever bilateral series win against the Aussies.

On the other hand, the New Zealand team are comparatively a younger side which will be captained by Tom Latham. This series will be an intriguing contest for the cricket onlookers to watch out for.

The pitch is expected to be a bit slower. The spinners might prove lethal in the game. Batting first can be a good option on this surface.

Shakib Al Hasan can be a good pick for this match. He comes in handy with his all-rounder abilities. Al Hasan scored 114 runs and also scalped seven wickets in the series against Australia.

Colin de Grandhomme’s experience will be pivotal for the Blackcaps. He will be determined to perform for the visitors. 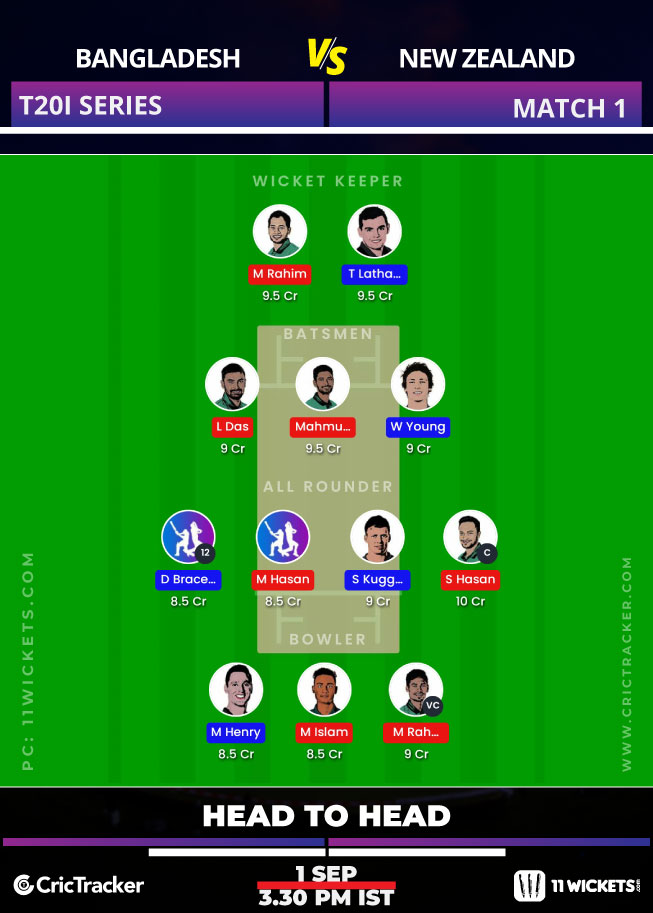 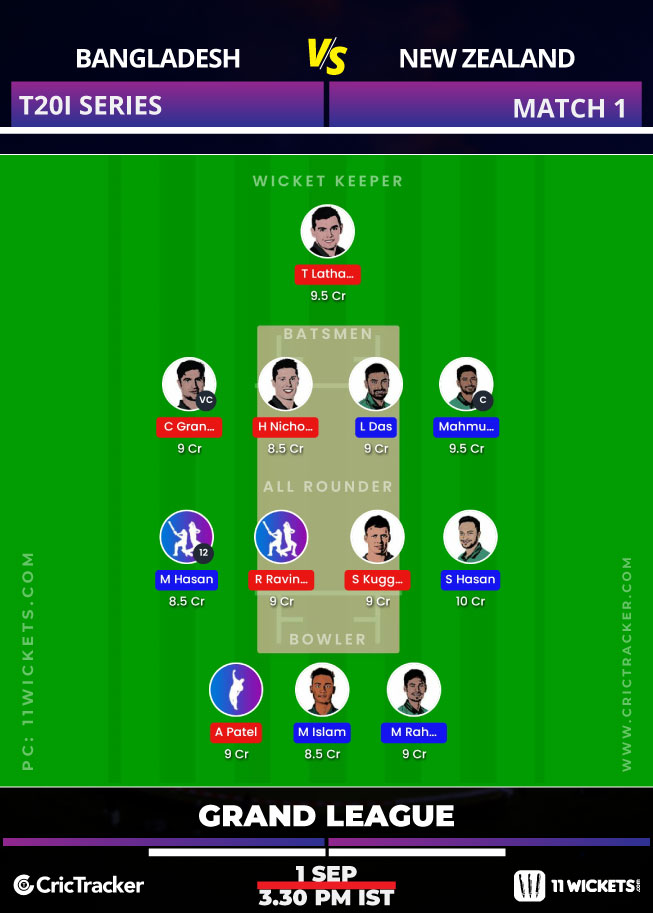