Heading into this game Pakistan will look to win the match and clinch the series.

Bangladesh and Pakistan will lock horns with each other for the second T20I on Saturday, November 20. The Babar Azam-led side exuded some great character in the first match to dominate the proceedings. The team restricted the Tigers at just 127 runs at the end of their 20 overs.

However, Bangladesh did not let the chase be a cakewalk for the opposition. The team struck with early wickets and put up a strong fight. But then Shadab Khan and Mohammad Nawaz played quickfire knocks to take Pakistan past the total. Heading into this game Pakistan will look to win the match and clinch the series. Whereas Bangladesh will try to punch above their weights and keep the series alive.

Batting might get a tad bit challenging on this surface of the Shere Bangla National Stadium. Bowlers will have an edge on this deck with spinners expected to get some more assistance.

Hasan Ali shone with his splendid spell in the first T20I. He scalped three crucial wickets for the team at an economy rate of 5.50. He can be a good player to bank on for this match.

Shadab Khan comes in handy with his excellent all-rounder abilities. In the previous game, he played a brilliant cameo of 21 runs off 10 balls to take the team to victory. He also picked up a wicket by conceding just 20 runs in his spell.

Mahedi Hasan played a quickfire knock of unbeaten 30 runs in the previous match to help Bangladesh chip in crucial runs. He also bowled an economical spell wherein he picked up a wicket by conceding just 17 runs in his four overs. 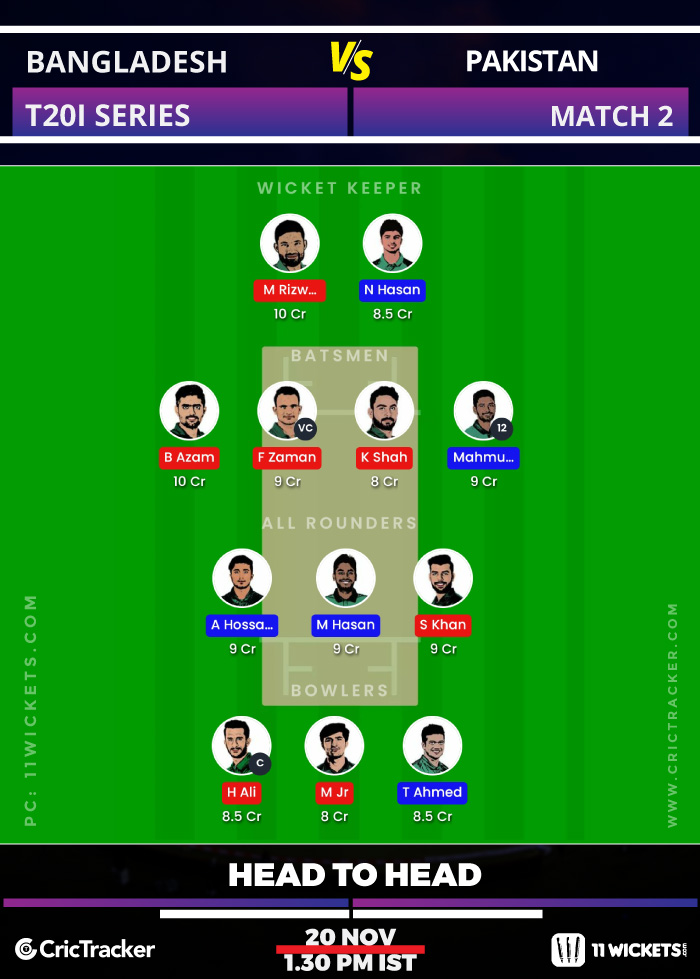 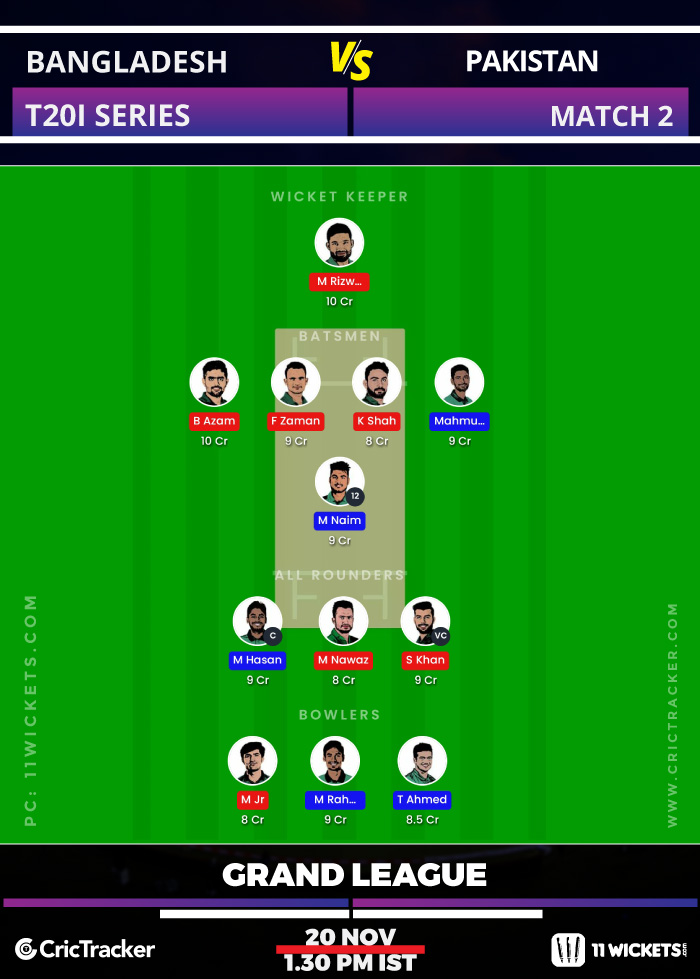