Bangladesh must win this match by a huge margin. 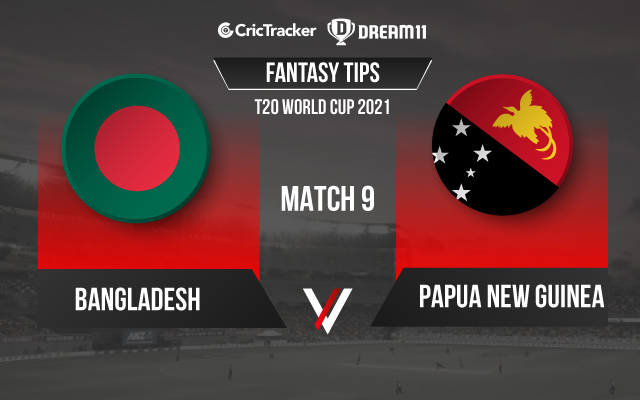 Bangladesh will take on Papua New Guinea in the Group B contest of the T20 World Cup 2021. Bangladesh kept their chances of qualifying into Super 12 stages alive with a win over Oman by 26 runs. They would have been disappointed with their poor show against Scotland, but the win over Oman has given them plenty of confidence. They still need to win this match by a significant margin.

Papua New Guinea, on the other hand, will not make it to the next round as they lost both their matches against Oman and Scotland. They showed some fight against Scotland in their previous game, but lost the match in the end by 17 runs.

It’s a challenging task for the batters to chase the targets in this venue. The spinners are really handy on this surface. The teams batting first have a good record of winning matches here.

Naim Sheikh, who missed the opening game against Scotland, made an excellent comeback and scored 64 runs from 50 deliveries against Oman.

You simply can’t ignore Shakib Al Hasan while making your fantasy teams. In 2 matches in this World Cup, he has scored 62 runs at an average of 31 and has also picked up 5 wickets at an economy of 5.62.

Assad Vala is a must-pick player for your fantasy teams. The skipper of PNG has notched up 74 runs in 2 matches at an average of 37, with a strike rate of 137.03.

Mustafizur Rahman again proved that he is such a key bowler for Bangladesh. Despite going for 9 runs an over in the last match against Oman, he claimed 4 wickets. Overall in 2 matches in this World Cup, he has picked up 6 wickets at an economy of 8.5.

Kabua Morea is the pick of the bowlers from PNG in this World Cup. The left-arm seamer has picked 4 wickets in 2 matches at an economy of 8.16.

Mushfiqur Rahim was pushed down the order in the last game against Oman. He is a suitable player at the number 4 position for Bangladesh in this format. In 2 matches in this tournament, he has scored 44 runs at a strike rate of 110.

BAN vs PNG Must Picks for Dream11 Fantasy Cricket: 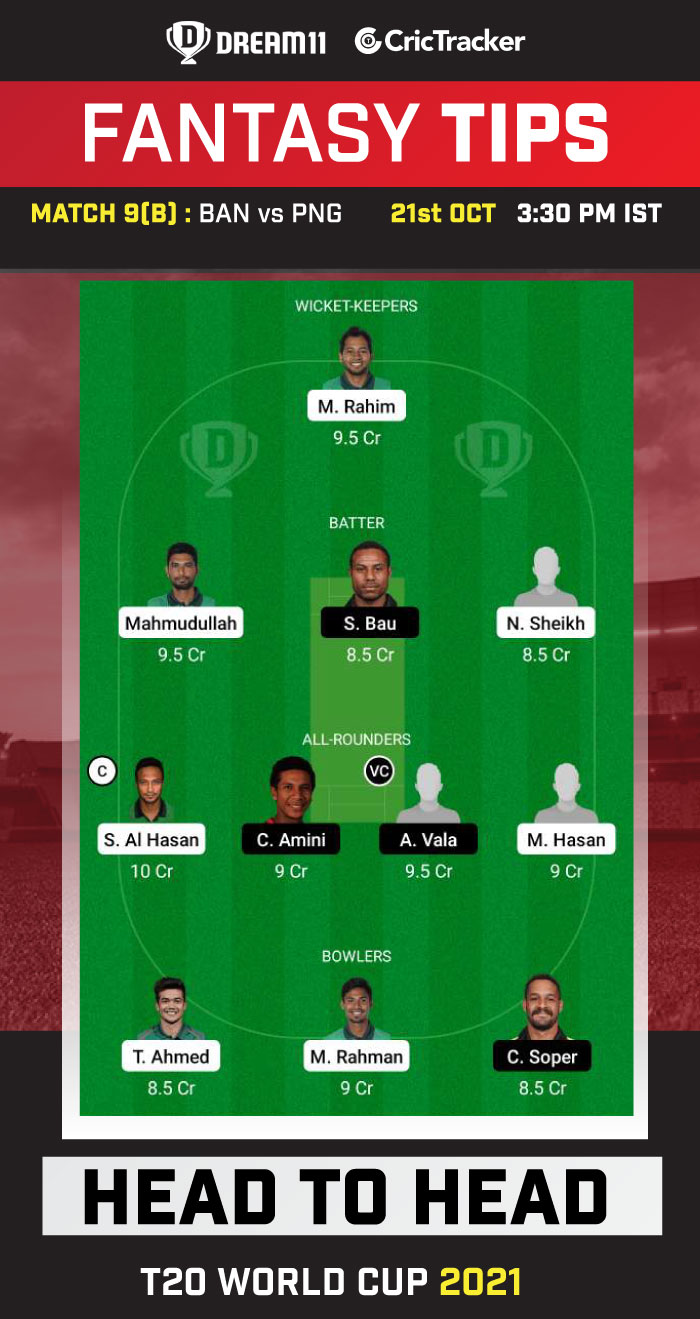 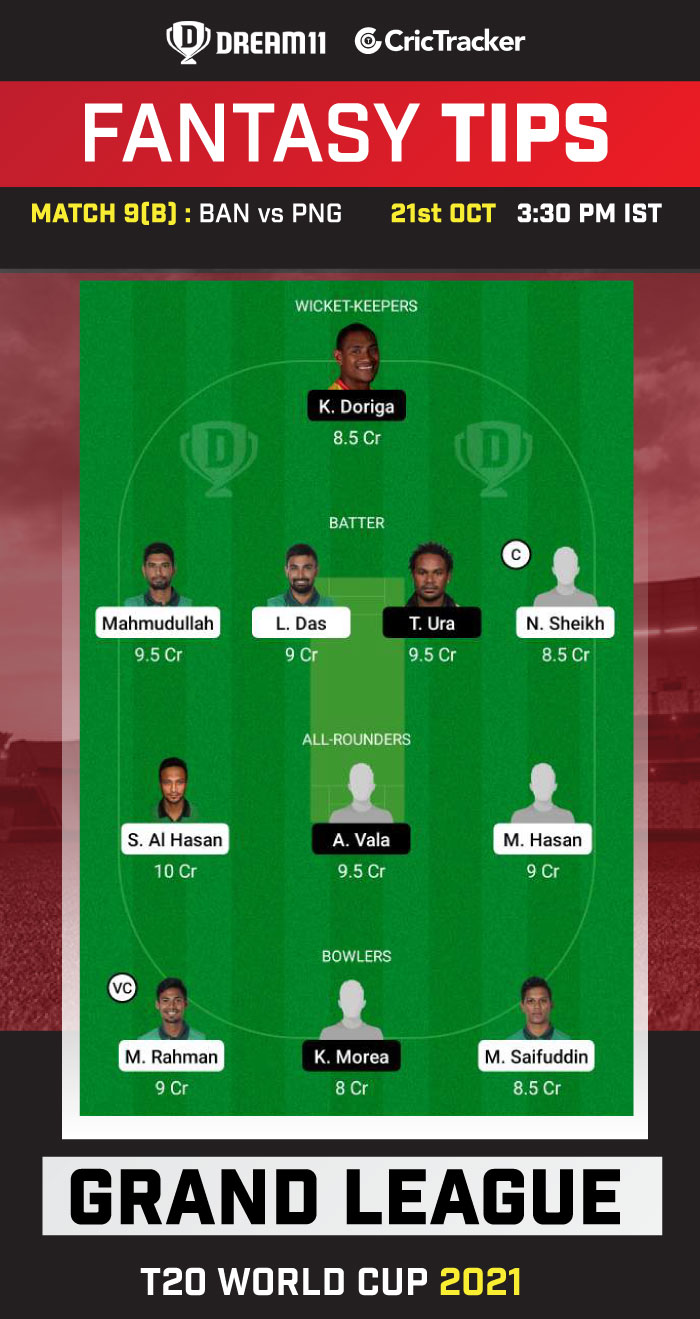 Mahmudullah has scored 40 runs in 2 matches in this World Cup. He is a floater who will bat according to his team’s needs. You can take a risk and pick him as your fantasy team skipper.

Charles Amini is a prominent player of PNG. He has scored 38 runs in 2 matches in this World Cup at a strike rate of 131.03. You can take a risk and pick him as your fantasy team captain.

Due to plenty of options available in the all-rounders’ slot, it’s better to avoid Simon Atai while making your fantasy teams.