Sanjit Saha picked 14 wickets across four matches during the 2019 DPDCL with help of two 4-wicket hauls.

The 5th game of the Bangabandhu Dhaka Premier Division Cricket League 2020 will be played between Prime Bank Cricket Club and Gazi Group Cricketers at the Sher-e-Bangla National Stadium in Mirpur, Dhaka.

This game can be viewed on the BCB Live channel on YouTube.

The Sher-e-Bangla National Stadium will be hosting the Dhaka Premier Division Cricket League match between Prime Bank Cricket Club and Gazi Group Cricketers on Monday. Prime Bank team is blessed with the presence of top International players inform of Tamim Iqbal, Rubel Hossain, Alok Kapali, Mustafizur Rahman and also the likes of Anamul Haque and Mohammad Mithun. The Gazi Group side is well balanced with the presence of Mahmudullah, Soumya Sarkar, Mominul Haque and the Under-19 CWC winning skipper Akbar Ali.

No threat of rain is expected at the Sher-e-Bangla National Stadium on Monday where periodic clouds are expected.

The Mirpur ground has witnessed four totals in excess of 250 across the last five List matches. All those four matches were won by the teams batting first. The chasing side won comfortably chasing target less than 250. On Sunday, the Abahani Limited posted 289/7 batting first and won the game comfortably by 81 runs. The pacers had a bit of help in the morning as the Abahani openers bagged ducks.

Mominul Haque was quite good with the bat during the previous edition of the tournament. Across the 12 innings he batted during the 2019 edition of DPDCL, Mominul amassed 474 runs at an average of 47.4 with help of five fifties. Sanjit Saha played only four matches during 2019 DPDCL where he claimed 14 wickets with help of two 4-wicket hauls.

Anamul Haque was one of the five players to smash three tons during the 2019 edition of DPDCL. All those three tons came in consecutive innings and across the first five matches he played in that tournament. Ariful Haque aggregated 372 runs across 13 innings during the previous edition with help of three fifties. He was expensive with the ball but claimed 14 wickets at an impressive strike rate of 26. 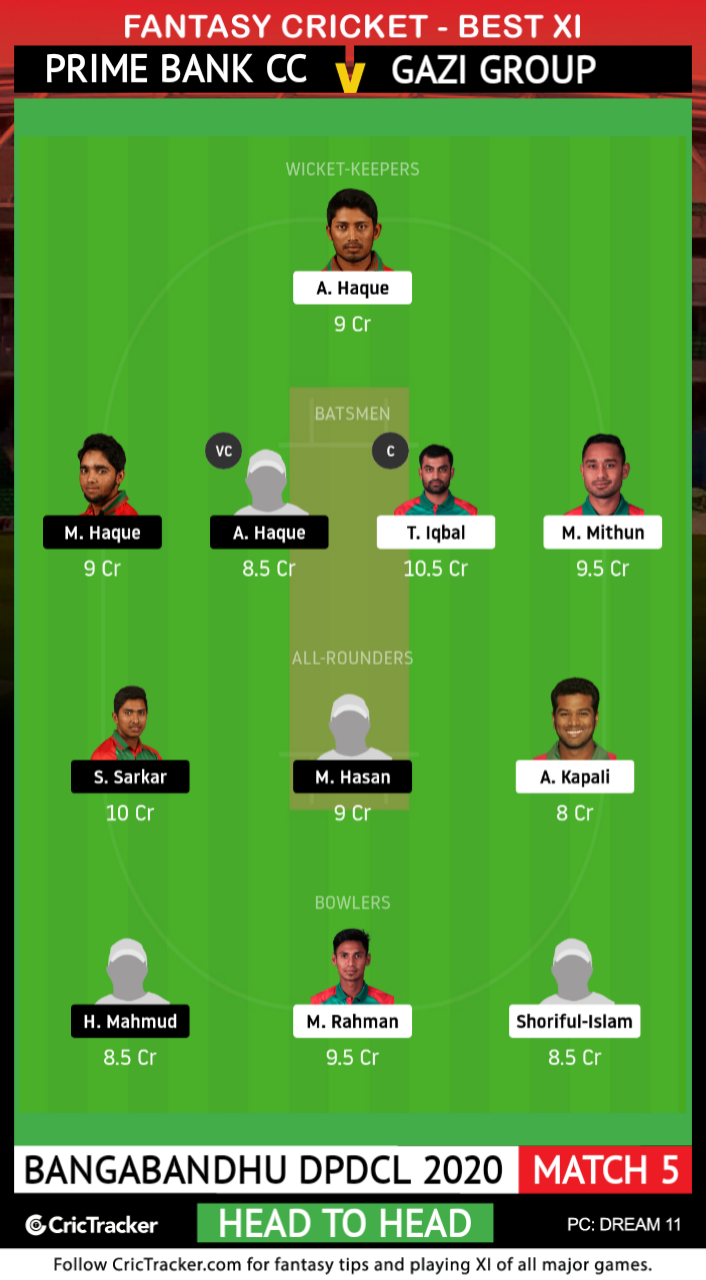 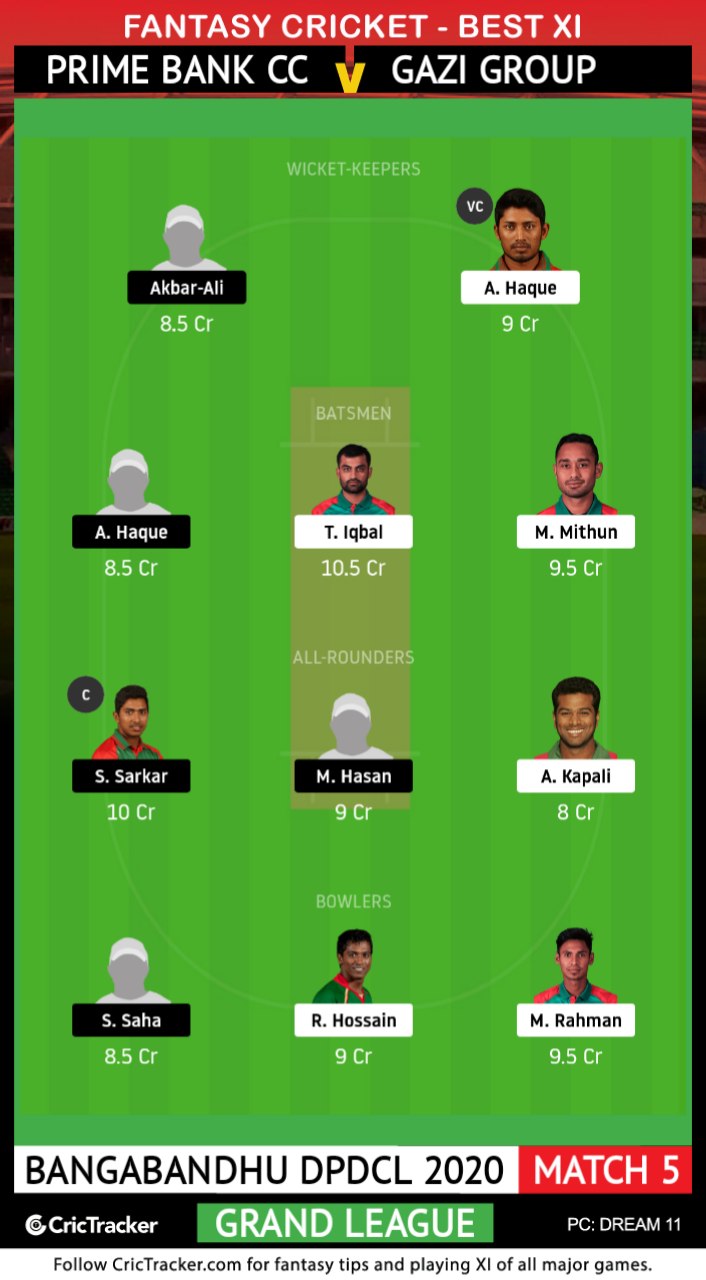 The matches on the first day of the tournament witnessed top players taking the field. Hence, we expect top International stars present in both the squads to take part in the game to be played on Monday.

The Prime Bank Cricket Club looks much stronger compared to Gazi Group Cricketers due to the presence of experienced players.