Fortune Barishal are looking to get back to the winning ways.

Khulna Tigers will face Fortune Barishal in the 11th match of the Bangladesh Premier League 2022 on Saturday. Khulna Tigers are back to winning ways again after their defeat to Chattogram Challengers in their second fixture. Tigers avenged that loss against Challengers with a 6-wicket win on Friday. They moved to the second spot in the standings with 4 points.

Fortune Barishal, on the other hand, are coming into this game on the back of 2 back-to-back losses against Comilla Victorians and Minister Group Dhaka by 63 runs and 4 wickets respectively. They didn’t bat according to the expectations, which has cost them hugely. With one win and 2 losses, they are at the fourth spot in the standings with 2 points.

The wicket will get better and better to bat on as the game progresses. There is more help for the spinners due to the slowness in the wicket. Anything over 150 is a good score here.

Andre Fletcher is in scintillating form at the moment. He has smashed 119 runs in 3 matches in this tournament at an average of 59.5 with the highest score of 58.

Mushfiqur Rahim played a match-winning knock against Chattogram Challengers. His knock of 44* runs helped Tigers register their second win in this tournament.

Shakib Al Hasan is doing a great job with the ball, but big runs are yet to come from his willow in this tournament. In 3 matches, he has scalped 4 wickets at an economy of 4.78 and has also scored 37 runs with the bat.

Dwayne Bravo is a clever bowler in this format of the game. He has picked up 5 wickets in 3 matches in this tournament and has also scored 45 runs with the bat.

KHT vs FBA Must Picks for Dream11 Fantasy Cricket: 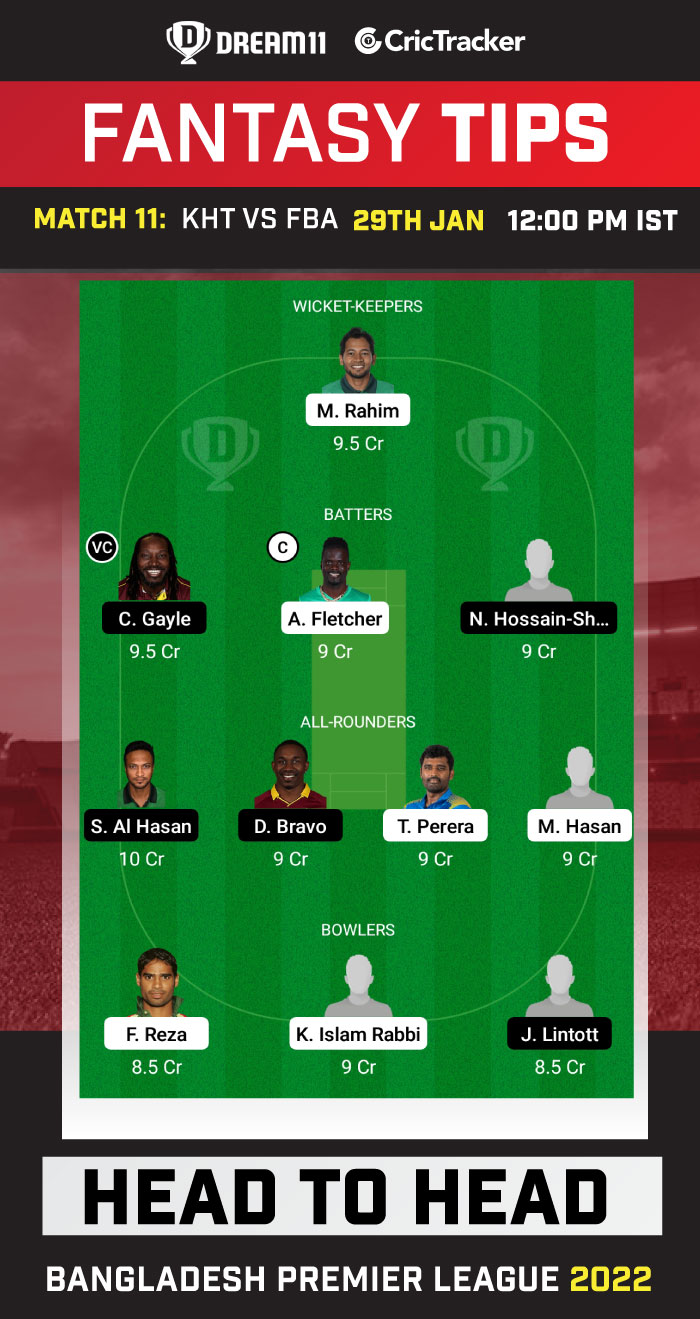 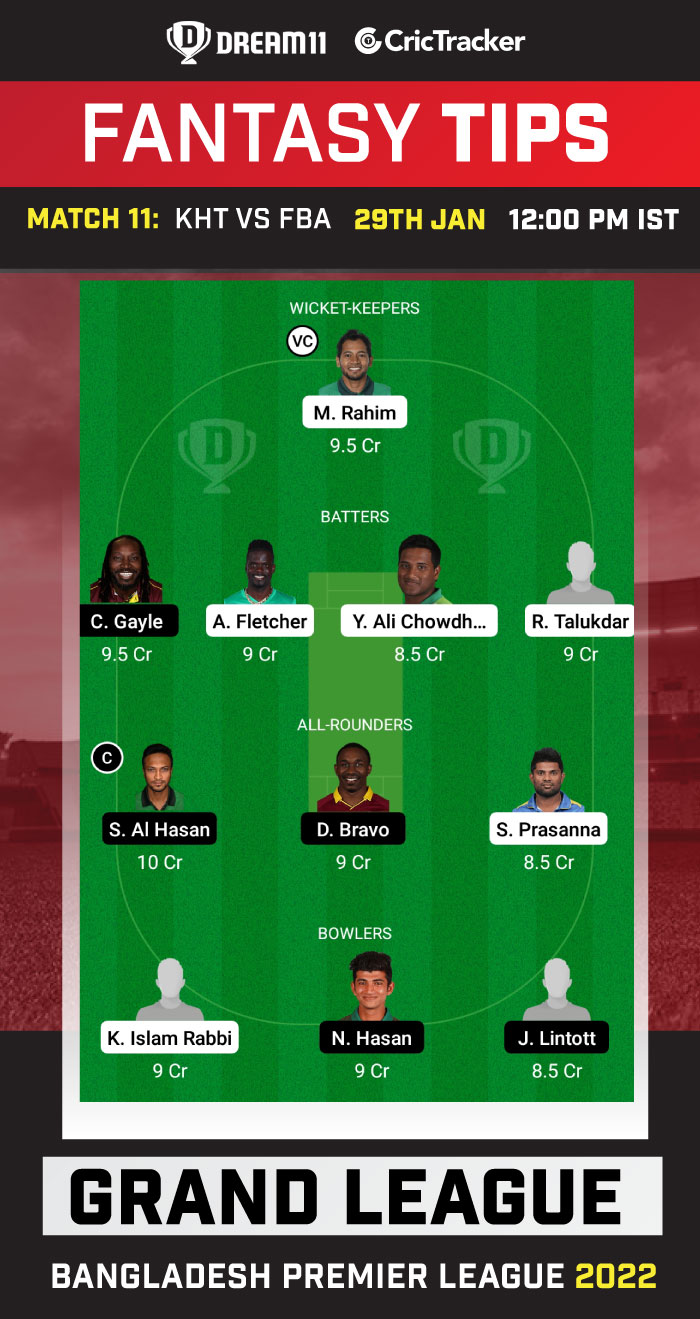 Rony Talukdar has accumulated 85 runs in the last 3 matches at an average of 28.33, with the highest score of 61. You can take a risk and pick him as your fantasy team skipper.

Najmul Hussain Shanto has managed to score 42 runs in 3 matches so far in this tournament. He is a risky captaincy pick for your fantasy teams.

Nurul Hasan has scored only 18 runs in the last 2 matches. It’s better to avoid him while making your fantasy teams.