Tamim Iqbal is in sublime form and a must-pick for your fantasy teams.

Khulna Tigers will face Minister Group Dhaka in the 25th match of the Bangladesh Premier League 2022 on Wednesday. Khulna Tigers had a good last couple of matches as they went on to beat Sylhet Sunrisers by 15 runs and 9 wickets. The tournament is still not over for them and they need to win at least two matches from now on to finish in the top 4. Currently, they are at 3rd spot in the standings with 8 points.

Minister Group Dhaka on the other hand must win their remaining two matches to stay alive in this tournament. A mere loss against Chattogram Challengers on Tuesday put them in danger. With 3 wins and 4 losses, they are at the 5th spot in the standings with 7 points.

It’s an evenly poised surface where the batters and bowlers will get the right reward for their efforts. The team’s batting first has a good track record of winning here.

Soumya Sarkar is back to his best of forms, in the last 2 matches, he has scored 125 runs and picked up 3 wickets with the ball. He is a dangerous player when he is on the song and a good pick for your fantasy teams.

Andre Fletcher is the top run-scorer for Khulna Tigers in this tournament. In 7 matches, he has scored 207 runs at an average of 41.4 with the highest score of 71*.

Tamim Iqbal is in his own league at the moment, in 7 matches in this tournament, he has scored 335 runs at an average of 67 with the highest score of 111*.

Mahmudullah on any day is a must-pick for your fantasy teams. So far in this competition, he has scored 218 runs at an average of 43.6 and scalped 3 wickets as well.

KHT vs MGD Must Picks for Dream11 Fantasy Cricket: 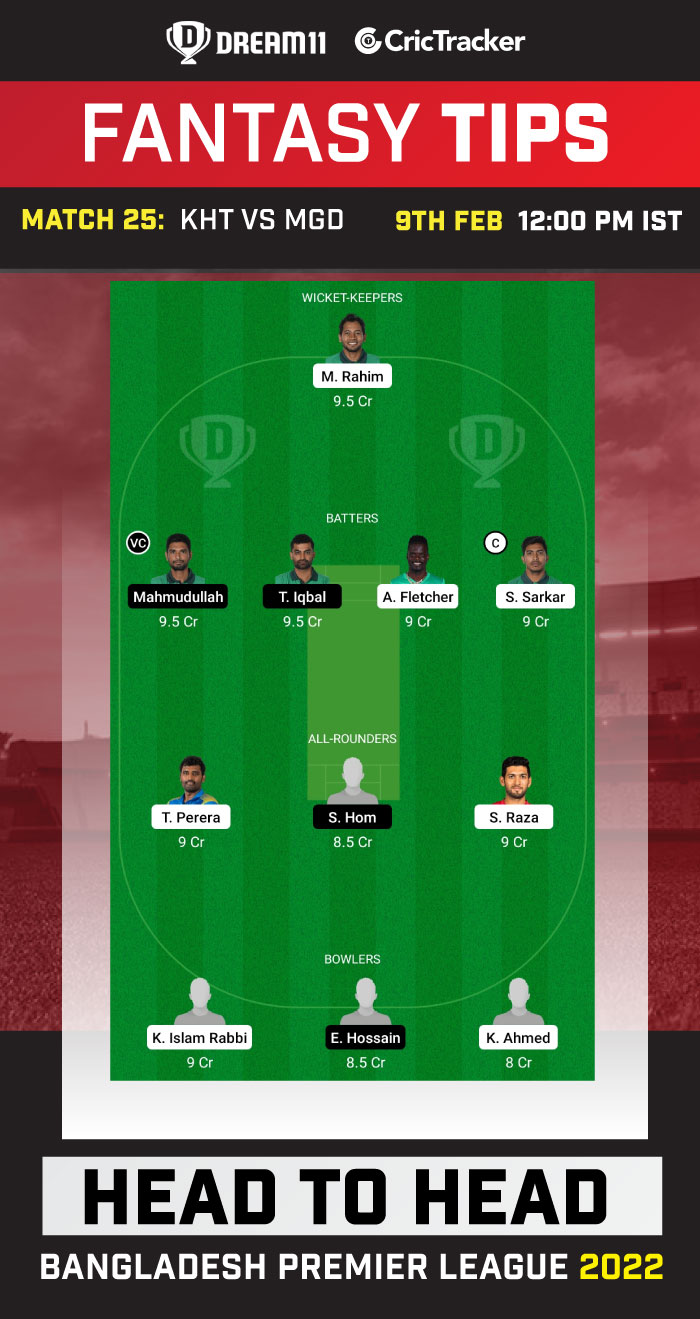 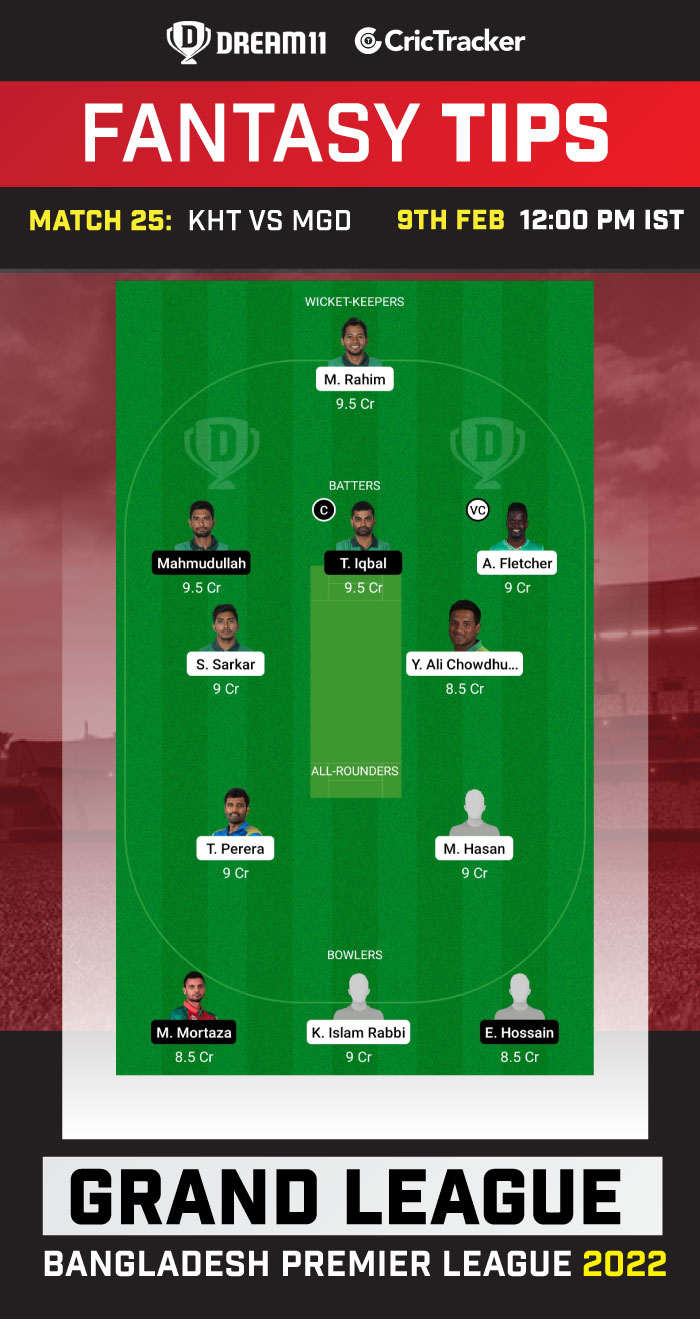 Yasir Ali Chowdhury has amassed 156 runs in 5 matches in this tournament at an average of 39. You can take a risk and pick him as your fantasy team skipper.

Mohammad Shahzad is not so consistent with the bat in this tournament and it’s better to avoid him while making your fantasy teams.