Andre Fletcher is an aggressive batter and a good captaincy pick for your fantasy teams.

Chattogram Challengers will lock horns with Khulna Tigers in the 6th match of the tournament. After losing out to Fortune Barishal by the barest margin in their opening game, Chattogram Challengers got their act together and won their next game against Minister Group Dhaka by 30 runs. They played as a team and in return got crucial 2 points.

Khulna Tigers had an excellent start to their campaign as they registered a thrilling win over Minister Group Dhaka. Andre Fletcher, Rony Talukdar, and Thisara Perera played a vital part in their success. Comparatively, they are a balanced side and hopeful of extending their winning run.

It’s a good sporting wicket for this format of the game and we have already seen the glimpses in the last couple of days. The slow bowlers are like gold dust on these types of surfaces. Whoever bats well will come out victorious.

My heartbeat was normal, I was prepared for game to go down to wire: Harmanpreet Kaur

Overseas signing Benny Howell has shown a lot of intent with the bat in the first two matches. He has scored 78 runs at a strike rate of 200 with the best score of 41.

One can’t leave Mehidy Hasan Miraz out of the game. In 2 matches in this tournament, he has scored 34 runs and has also scalped 4 wickets at an economy of under 6.

Rony Talukdar deserves applause for his inning of 61 runs in the run-chase against Minister Group Dhaka, for which he rightfully earned the player of the match award.

Andre Fletcher batted at a strike rate of 195.65 in the last match against Minister Group Dhaka. He provided a brisk start and ended his inning after a well-made 45 runs from 23 balls.

CCH vs KHT Must Picks for Dream11 Fantasy Cricket: 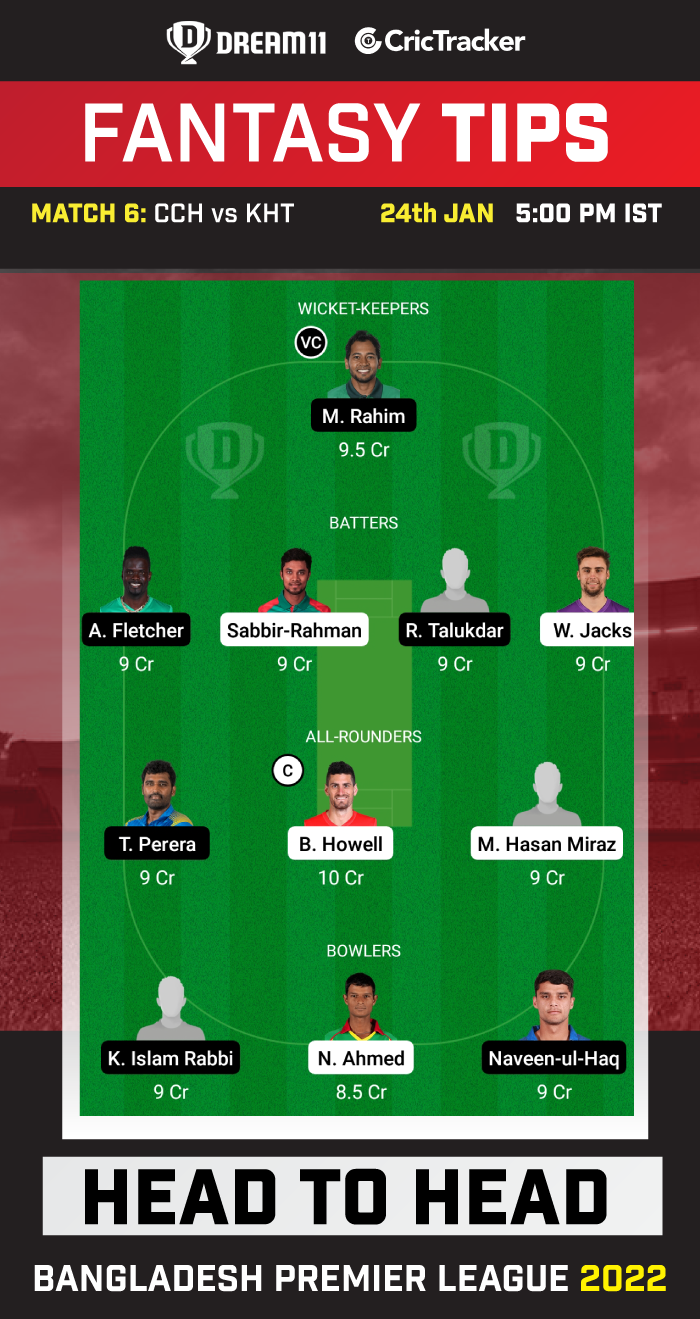 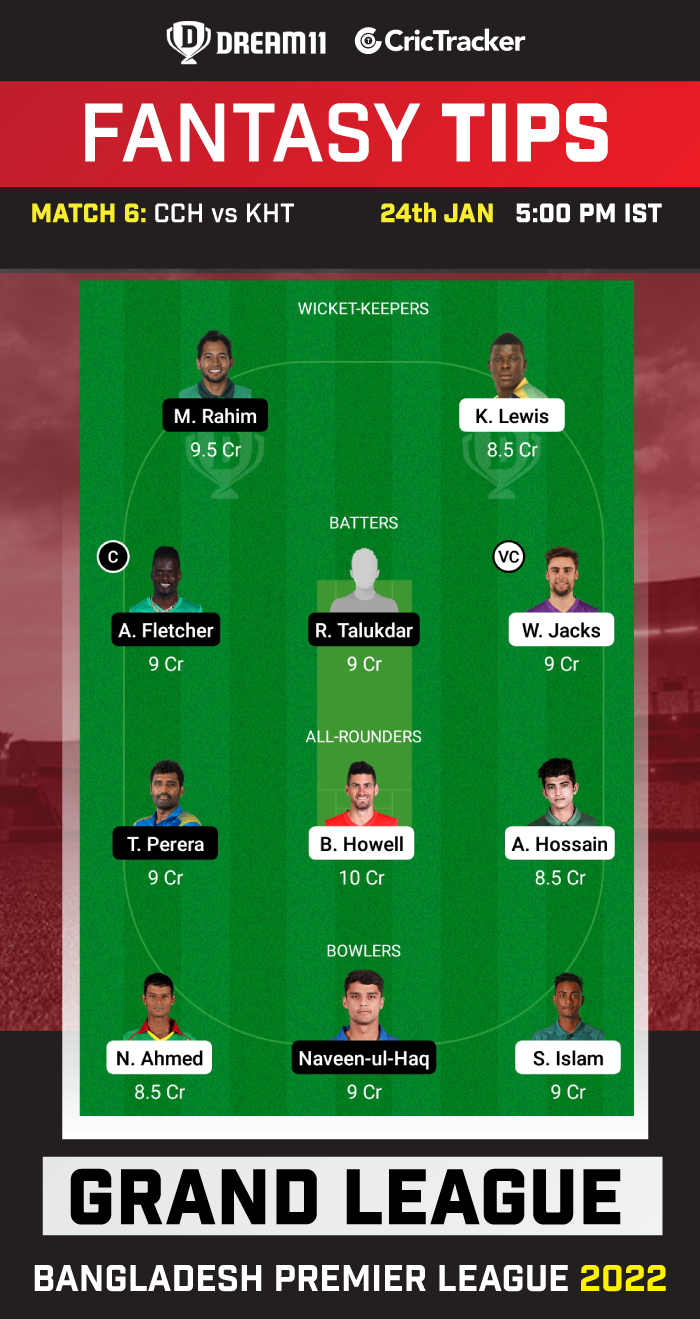 Afif Hossain has scored 18 runs in the last 2 matches at a strike rate of 100. He is a risky captaincy pick for your fantasy teams.

Thisara Perera brings more balance to the Khulna Tigers team. He finished things off in style in the last game against Minister Group Dhaka with an unbeaten 36 runs from 18 balls. It’s worth a risk to pick him as your fantasy team skipper.

Sohrawordi Shuvo has been picked by only 0.28 % of the users at the time of writing this piece. It’s better to avoid him while making your fantasy teams.