Liton Das and Soumya Sarkar scored brilliant fifties in the previous game. The duo will be an obvious pick for any Dream11 Fantasy side.

The second game of the two-match Twenty20 International series between Bangladesh and Zimbabwe will be played at the Sher-e-Bangla Stadium in Dhaka.

After ODI series, Bangladesh looked quite up to the mark in the 1st T20I where they managed a clinical win against Zimbabwe by a margin of 48 runs. They are expected to replicate the same form in the upcoming match against their opponent. In batting Liton Das and Soumya Sarkar, who scored brilliant fifties in their previous outing. Meanwhile, Tamim Iqbal also played a knock of 41 runs for their side. Tigers will surely bank on the in-form batsmen that can help them in winning the second and final match of the series.

Zimbabwe are still due to taste their first win on their tour to Bangladesh, And, now in the final game, they will look to end their campaign on a high note. Moreover, it is an important game from their perspective, who will look to bring the T20I series down levelled terms. There are lots of expectations from Brendon Taylor, who is struggling with his poor form. Hence, he holds a big opportunity to save the series for his side by delivering a match-winning performance with his bat.

There are no chances of rain on the matchday with a warm evening. The wind will be blowing at a rate of 7 to 11 km/hr whereas the temperature will deviate between 19 and 33 Degree Celsius throughout the day according to Accuweather.

The track at the Sher-e-Bangla stadium is expected to favour batsmen. In the series opener, the pitch was totally flat where batsmen were smacking the bowlers all across the park. The side batting first managed a score of 200 runs. However, the side chasing ended up losing the match. So, the side winning the toss will look to bat first to be on the safer side.

Liton Das and Soumya Sarkar scored brilliant fifties in the previous game. The duo will be an obvious pick for any Dream11 Fantasy team. Sean Williams will be a vital al–rounder for any fantasy team as he can well contribute with the ball and bat. Aminul Islam took a three-fer in 1st T20I and he should not be ignored while picking a fantasy team. 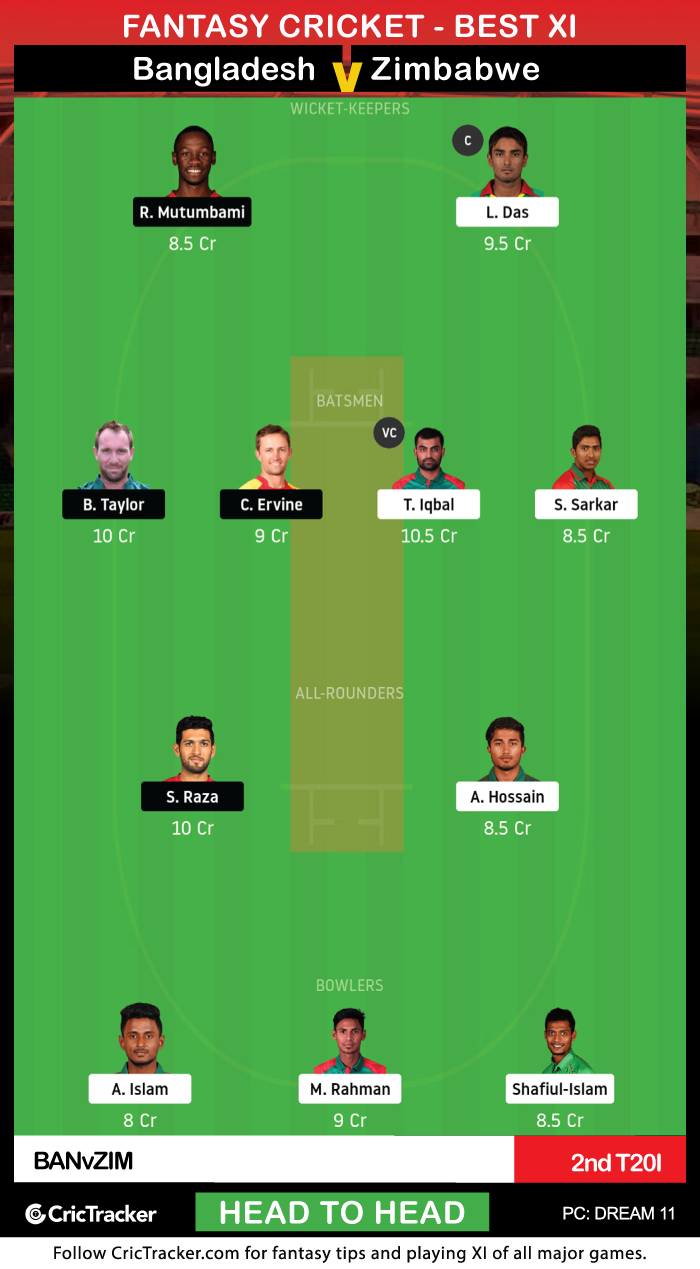 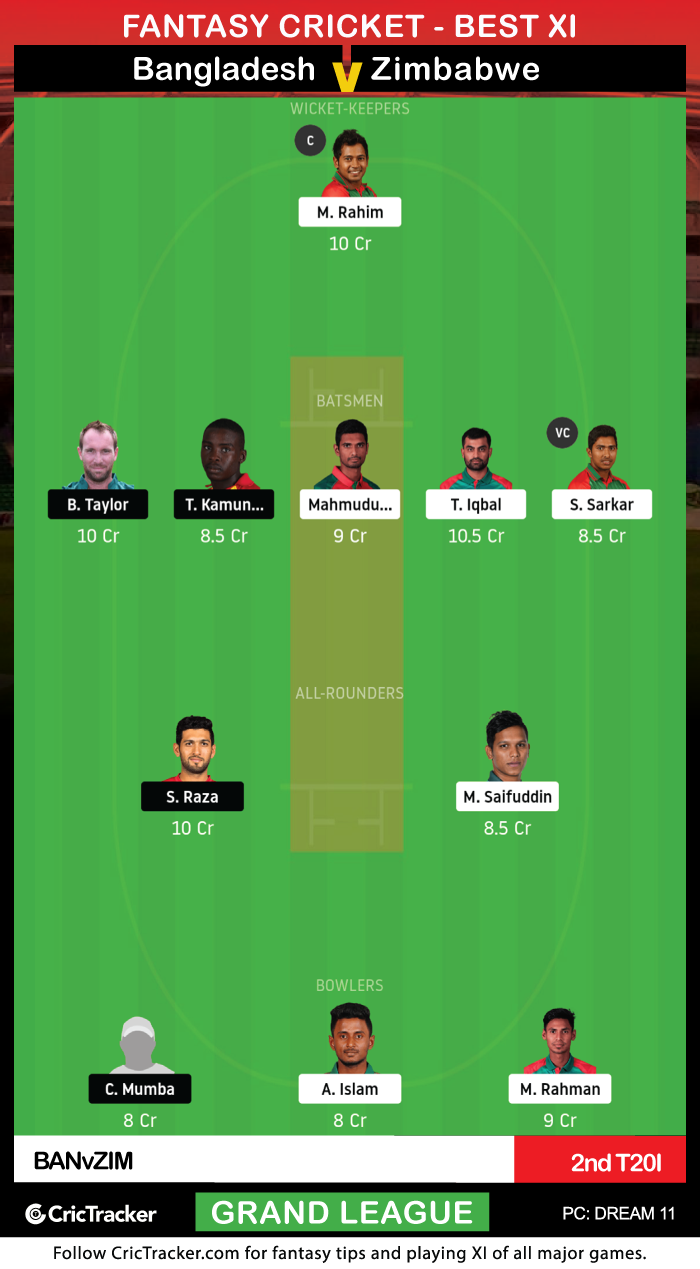 It is going to be a batting track at Sher-e-Bangla Stadium, so the user should go with more number of batsmen than bowlers in their Dream11 Fantasy team.

Bangladesh is expected to come out as winners.