Gladiators will look to maintain their unbeaten streak.

Gladiators will face Challenger in the 12th match of the Baroda T20 Challenge 2022 on Tuesday. Gladiators are in stunning form in this tournament, having won 3 matches on the trot. They went on beat the Titans in their previous game by 35 runs. Amit Passi and Malhar Ghewariya are the prominent players in their line-up.

Challenger, on the other hand, isn’t consistent in this tournament. They registered their first win against Warriors by 24 runs last week however Stallions by 10 runs on Monday. It’s a short tournament and they need to be consistent.

The wicket has picked up its pace and runs are coming quick and fast. It’s not easy to bat in the second half of the match. The team batting first has won 7 of the last 10 matches played here.

Netherlands penalised for ball-tampering during third ODI against Afghanistan

Amit Passi played a blinder of a knock in the last match against Titans where he smashed 83 runs from 47 balls. Overall in 3 matches in this tournament, he has scored 104 runs at a strike rate of 150.72.

Shubham Jadhav knows how to accelerate the innings. In the last 3 matches, he has added 89 runs at a strike rate of 114.1 with the best score of 51.

Dhruv N Patel made an impressive start in this tournament. In 3 matches he has scored 135 runs at an average of 45 at a strike rate of 122.73.

Aayush Rai is another talented youngster who also scored valuable runs in this tournament. In 3 matches, he has accumulated 94 runs at a strike rate of 138.24.

GLA vs CHA Must Picks for Dream11 Fantasy Cricket: 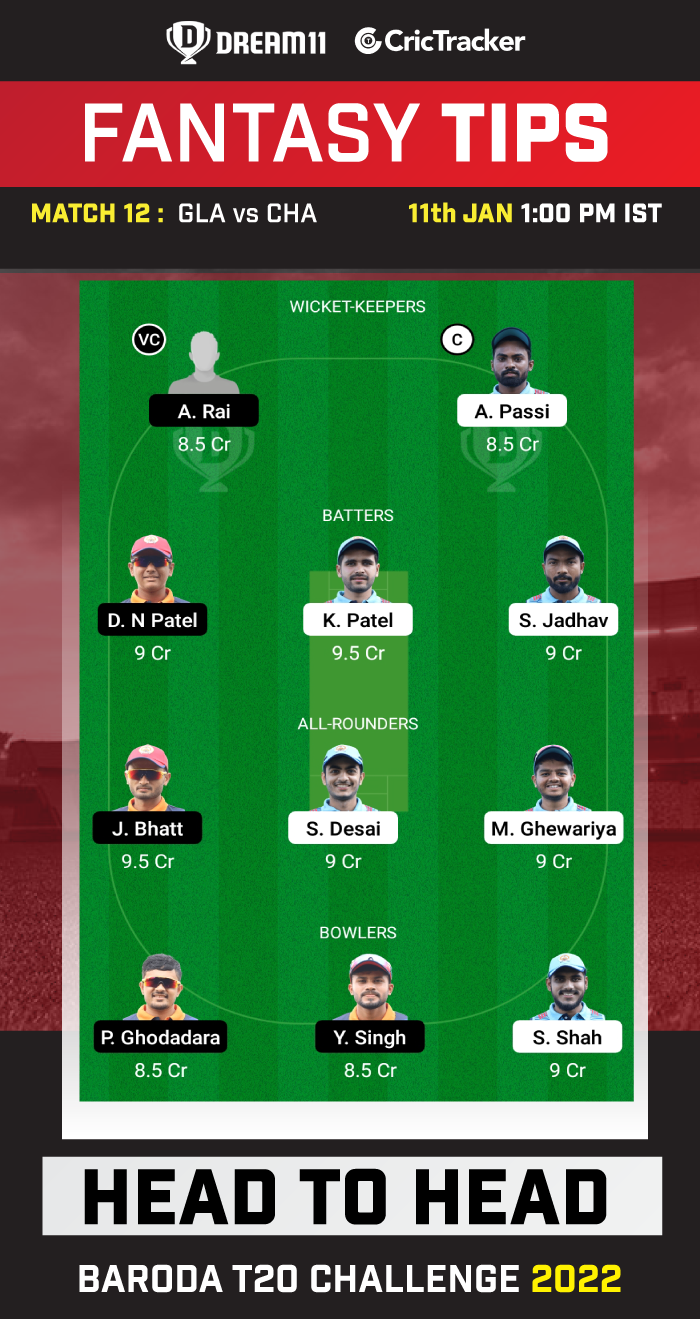 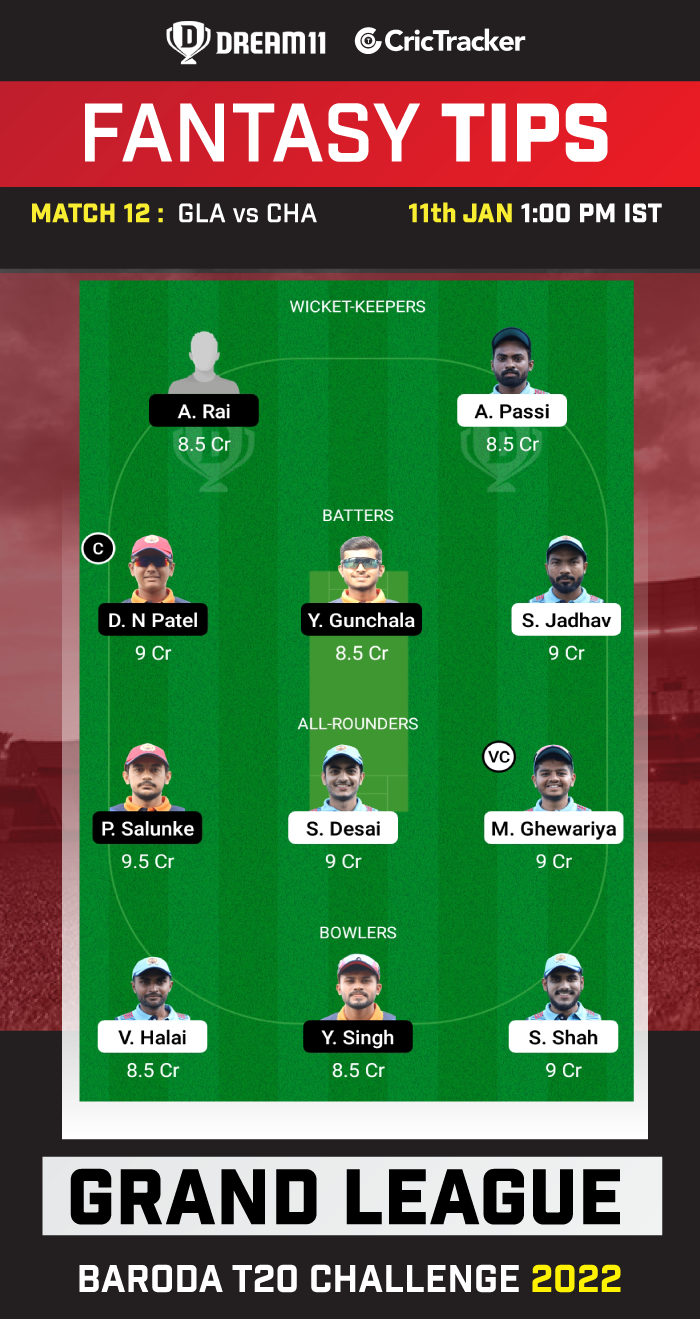