Both sides have won only one game in this tournament.

Fighter will up against Challenger in the 15th match of the Baroda T20 Challenge 2022 on Thursday. After losing 3 matches in a row, Fighter finally got their first points on the table with a win over Stallions by 29 runs. A lot of credit should be given to their bowlers for defending the smallest target of 93 runs.

Challenger, on the other hand, fell short of the target in the last two matches against Gladiators and Stallions by 19 runs and 10 runs respectively. Massive improvements have to be made in all the departments as their current performances aren’t fetching the results.

It’s not an easy wicket to chase as it slows up in the latter half of the match. There will be hard work for the batters to score runs on this sluggish wicket. Batting first is a good option.

Harsh Ghalimatte is in decent form with the bat. In 4 matches in this tournament, he has scored 81 runs at an average of 20.25 with the highest score of 48 and has also picked up a wicket.

Prince Prajapati is showing his pure class with the ball. In only 4 matches in this competition, he has already bagged 11 wickets at an economy of 5.62 and also accumulated 20 runs with the bat.

Yashwardhan Singh has contributed equally well so far in this tournament. In 4 matches, he has scored 67 runs at a strike rate of 159.52 and has picked up 7 wickets at an economy of 8.

FIG vs CHA Must Picks for Dream11 Fantasy Cricket: 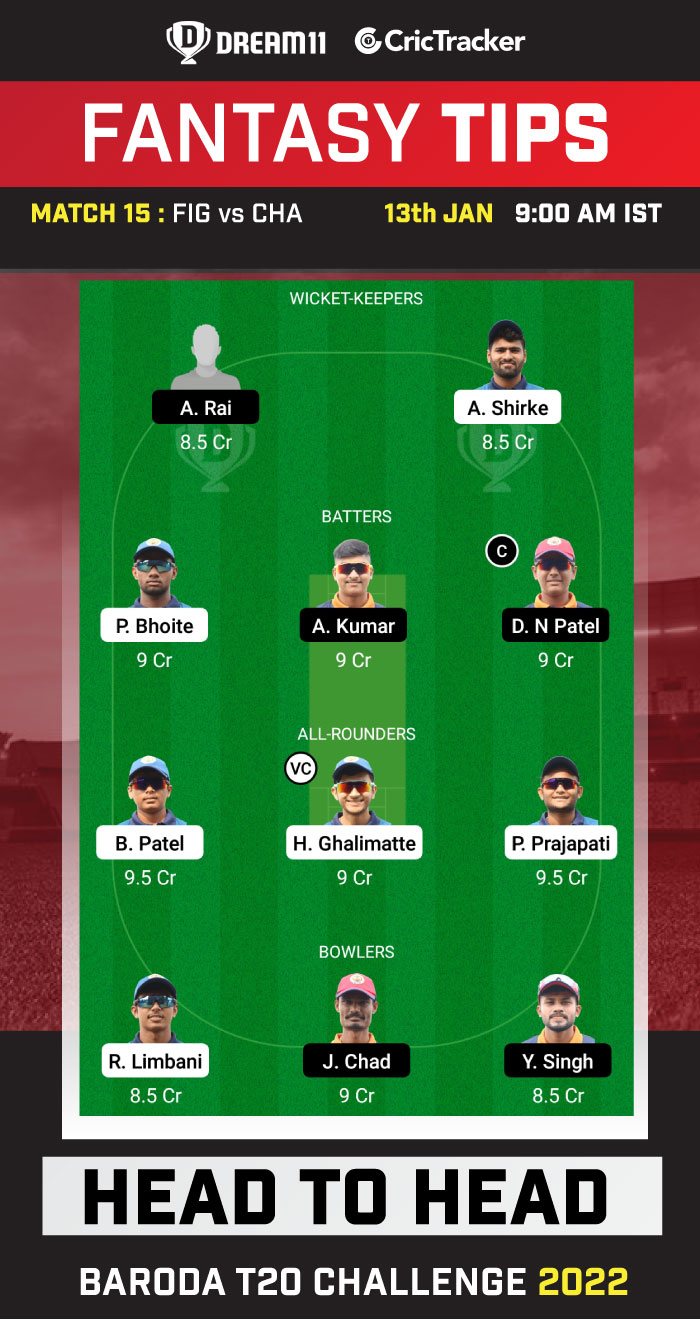 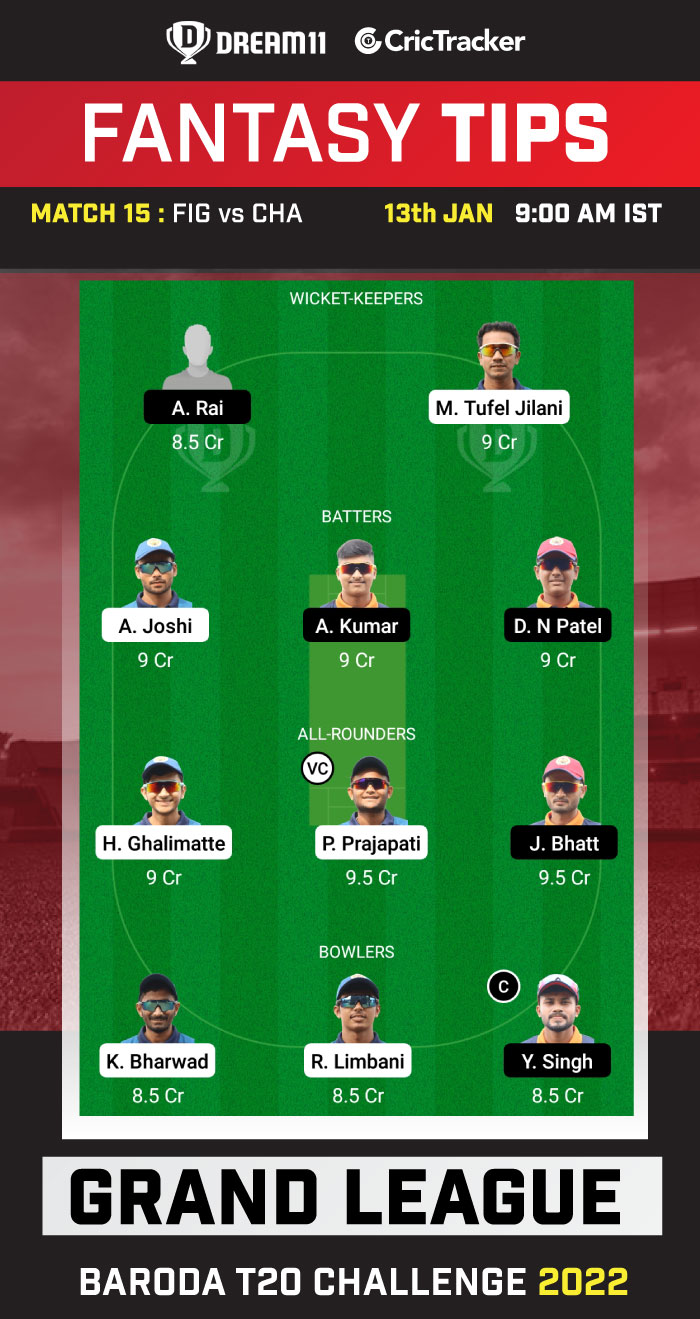 Challenger are expected to win this match.