Warriors will look to turn the table around in the second half of the tournament.

Warriors will be up against Titans in the 16th match of the Baroda T20 Challenge 2022 on Thursday. Warriors started this tournament on a positive note with a convincing win over Fighter by 19 runs, but thereafter, we have seen a new version of them as they lost 4 matches in a row quite easily. Now they are at the bottom of the table with 4 points.

Titans are in an impressive run of form in this tournament, having won 4 of their 5 matches. They currently sit at the second spot in the standings with 16 points. They lost to table-toppers Gladiators by 35 runs, which was their only loss in this league.

We witnessed two low-scoring games on Wednesday and there will be a lot of assistance for the bowlers on this deck. Playing according to merit will be the key for the batters. Anything over 150 it’s hard to chase here.

Parikshit Patidar has scored 108 runs in 5 matches in this tournament, which is the most for Warriors. He has also chipped in with 2 wickets at an economy of 8.23.

Mit Mangukiya is a talented batter who is yet to perform for his true potential in this tournament. In 5 matches, he has accumulated 98 runs with the highest score of 48.

Sukrit Pandey is having a dream tournament. In 5 matches, he has scored 149 runs at an average of 29.8 and has also picked up 12 wickets at an impressive economy of 5.89.

Lakshyajeet Padhiyar is a capable batter who can score runs under pressure. In 5 matches so far in this tournament, he has scored 117 runs at a strike rate of 100.86.

WAR vs TIT Must Picks for Dream11 Fantasy Cricket: 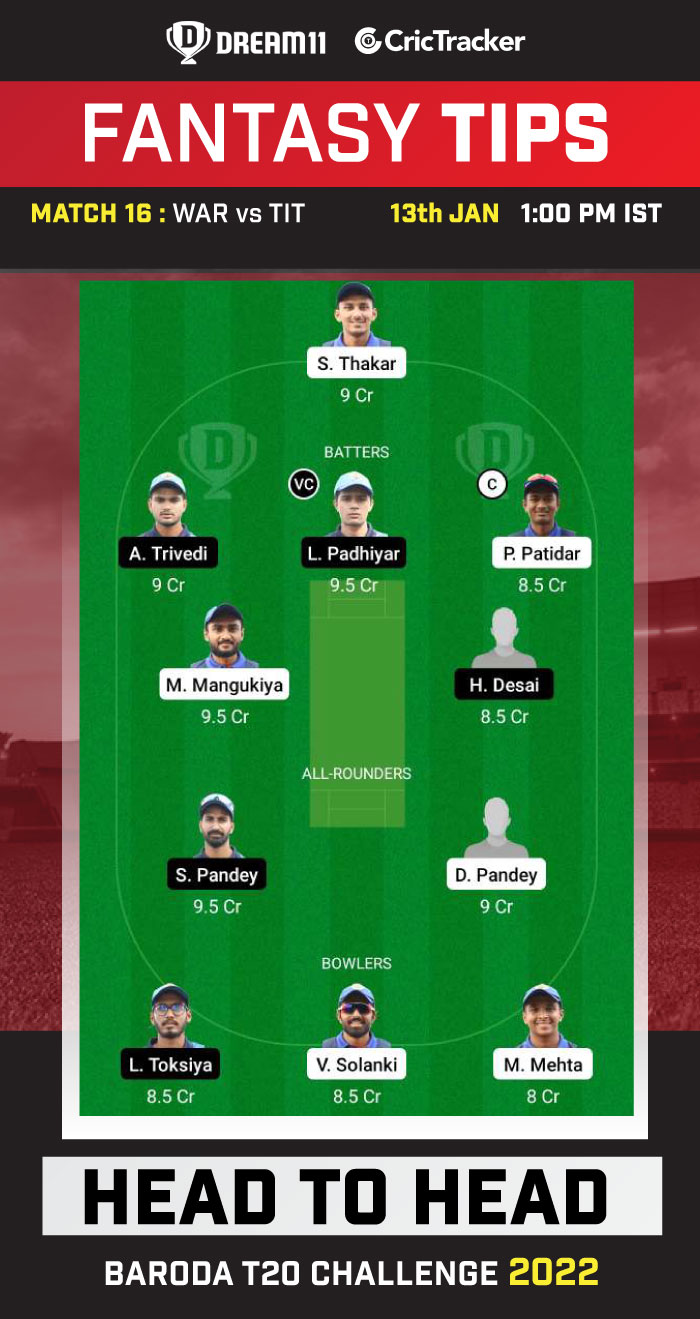 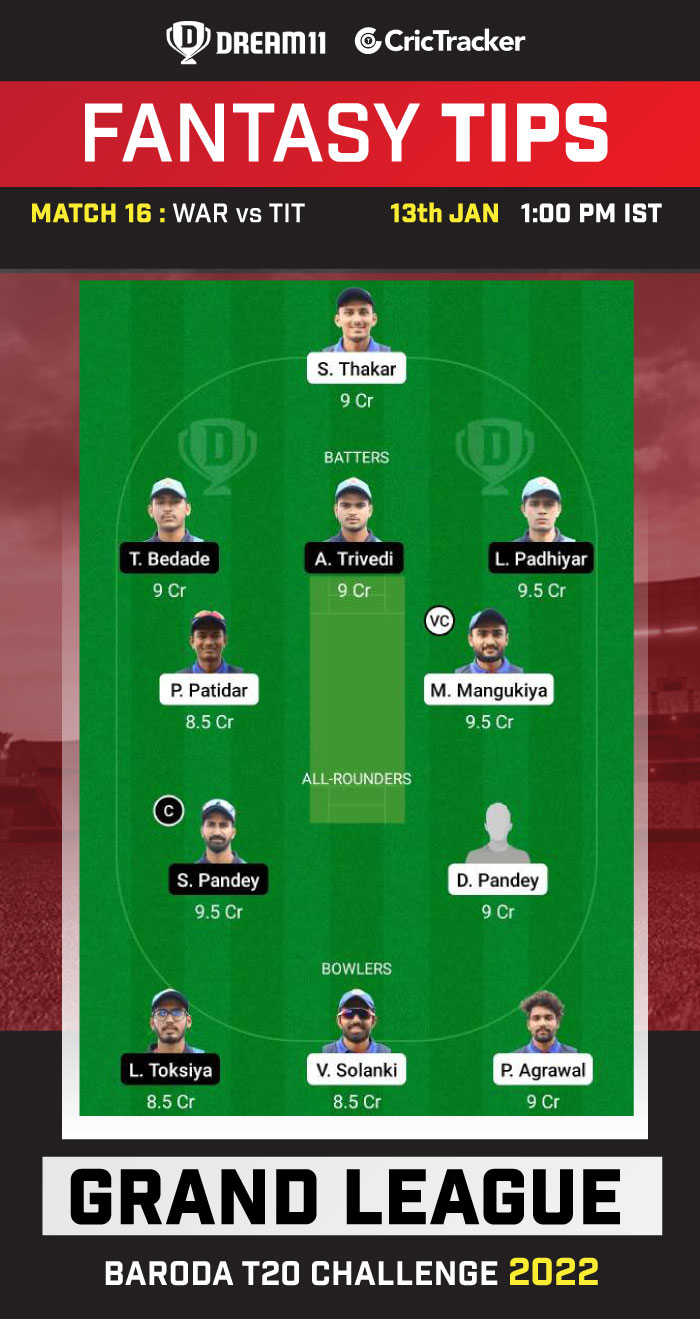