Sukrit Pandey is the most valuable player in this ongoing tournament.

Titans will face Challenger in the 17th match of the Baroda T20 Challenge on Friday. Titans are in excellent shape in this tournament. They didn’t get demotivated after getting beaten by Gladiators by 35 runs and came back well by winning the next 2 matches against Warriors by 7 wickets and 15 runs. They are in the second spot in the standings with 20 points.

Challenger, on the other hand, had a roller coaster ride so far in this tournament. They managed to win 2 of their 5 matches played and are currently placed below Titans in the points table with 8 points. They won their previous match against Fighter by 7 wickets, which is a morale booster for them.

It’s a decent wicket to bat on however the batters struggled to score runs on a consistent basis. As usual, the bowlers are chipping in with wickets regularly. Anything over 150 is a defendable score on this wicket.

Sukrit Pandey is the leading run-scorer and wicket-taker in this tournament. In 6 matches, he has scored 233 runs at an average of 38.83 and has also picked up 14 wickets at an economy of 6.26.

Anil Trivedi is a good cricketer and has contributed well so far in this tournament. In 6 matches, he has scored 113 runs at an average of 56.5 and picked up 4 wickets as well.

Dhruv N Patel is the main man with the bat for Challenger. In 5 matches in this league, he has scored 160 runs at an average of 32 with the highest score of 80.

Abhijit Kumar has struck 104 runs in 4 innings in this competition at an average of 26 with the best score of 52. He is a must-pick for your fantasy teams.

TIT vs CHA Must Picks for Dream11 Fantasy Cricket: 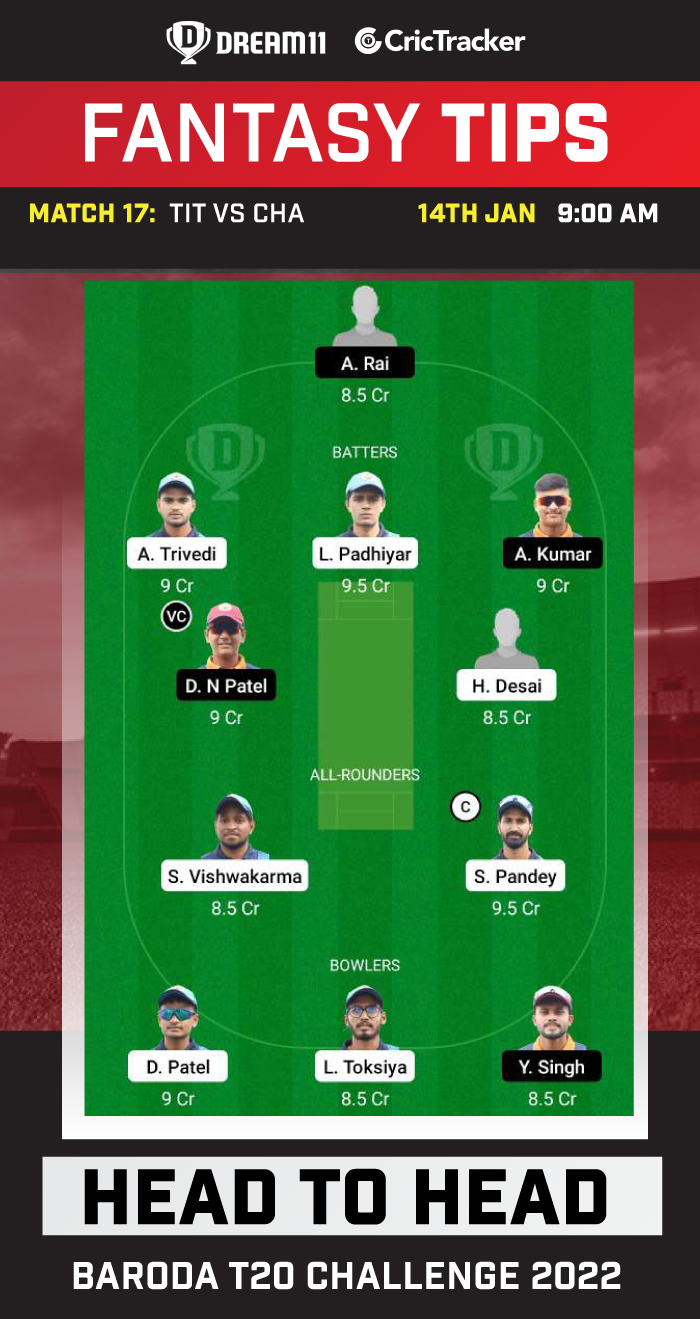 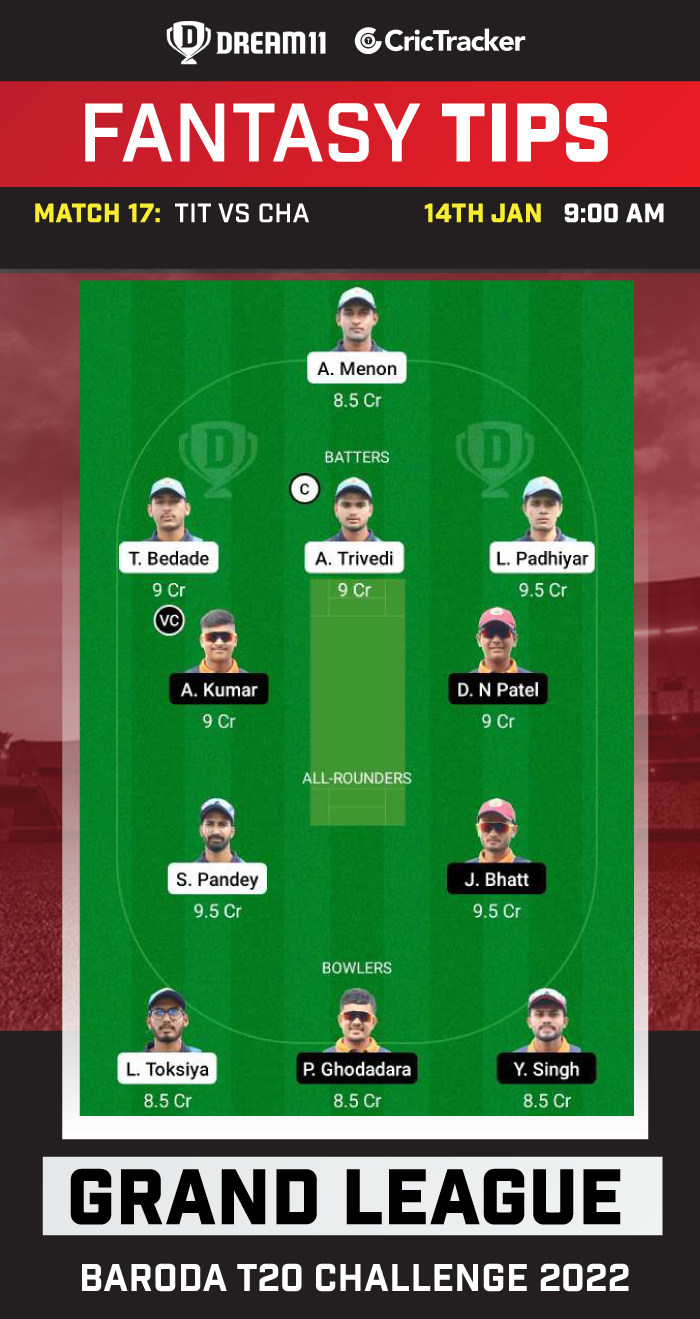