Gladiators and Fighters are going to take on each other in the 20th match of the Baroda T20 Challenge 2022. Gladiators have won all their six matches in the tournament and are placed in the first position in the points table.

Gladiators’ last match was against Stallions on January 14. They won the match by eight wickets after chasing a target of 115 runs in 13.3 overs. Shubham Jadhav made 52 runs off 38 deliveries and won the player of the match award.

The Fighters have won one out of five games in the tournament. Fighter’s last match was against Challenger on January 13. They could make only 116 runs in 20 overs while batting first. Challenger chased down this total in 16.5 overs with seven wickets in hand.

During the first ten matches, batters were not able to put enough runs on the board on this ground. But, the scenario has changed as the pitch has provided enough support to batters in the last few matches.

Shubham Jadhav is the leading run-scorer for Gladiators in the tournament. He has made 263 runs at an average of 43.83 and a strike rate of 132.16.

Malhar Ghevariya has picked 14 wickets in six matches at an economy of 5.36 and a strike rate of 10.07 for Gladiators.

Harsh Ghalimatte has made 118 runs in five matches at an average of 23.6 for Fighter and is the leading run-scorer.

GLA vs FIG Must Picks for Dream11 Fantasy Cricket 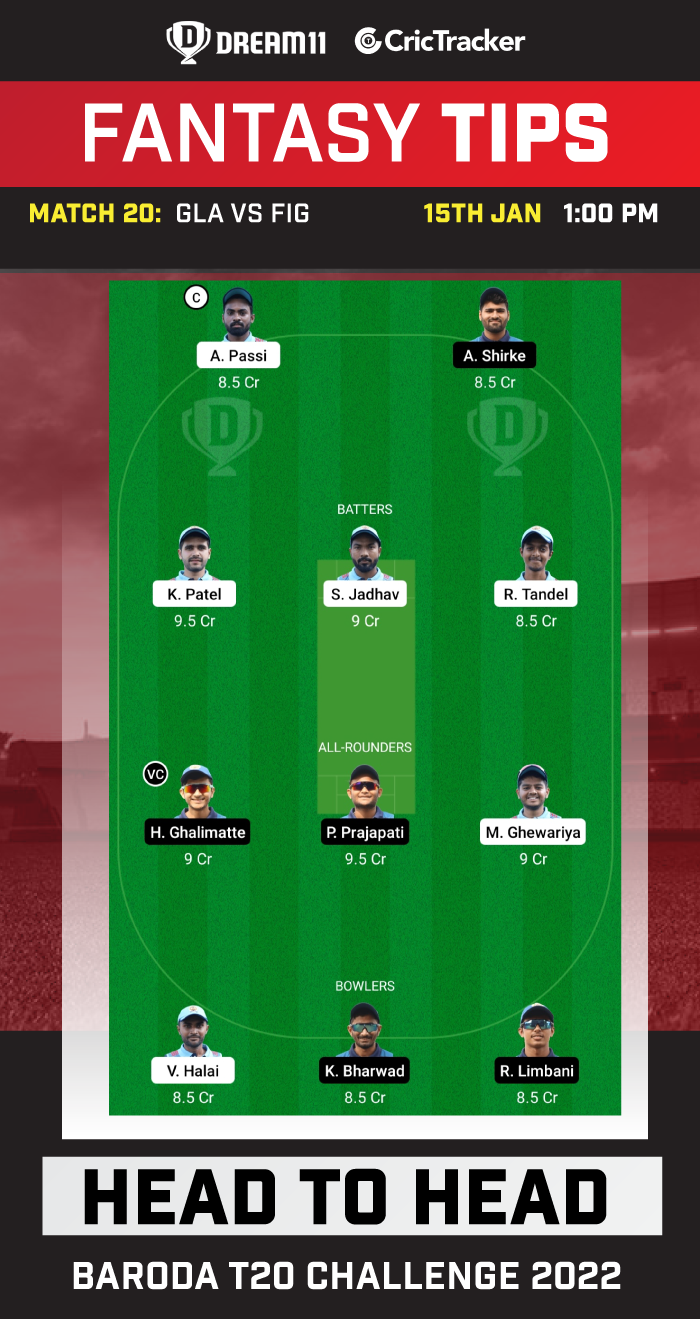 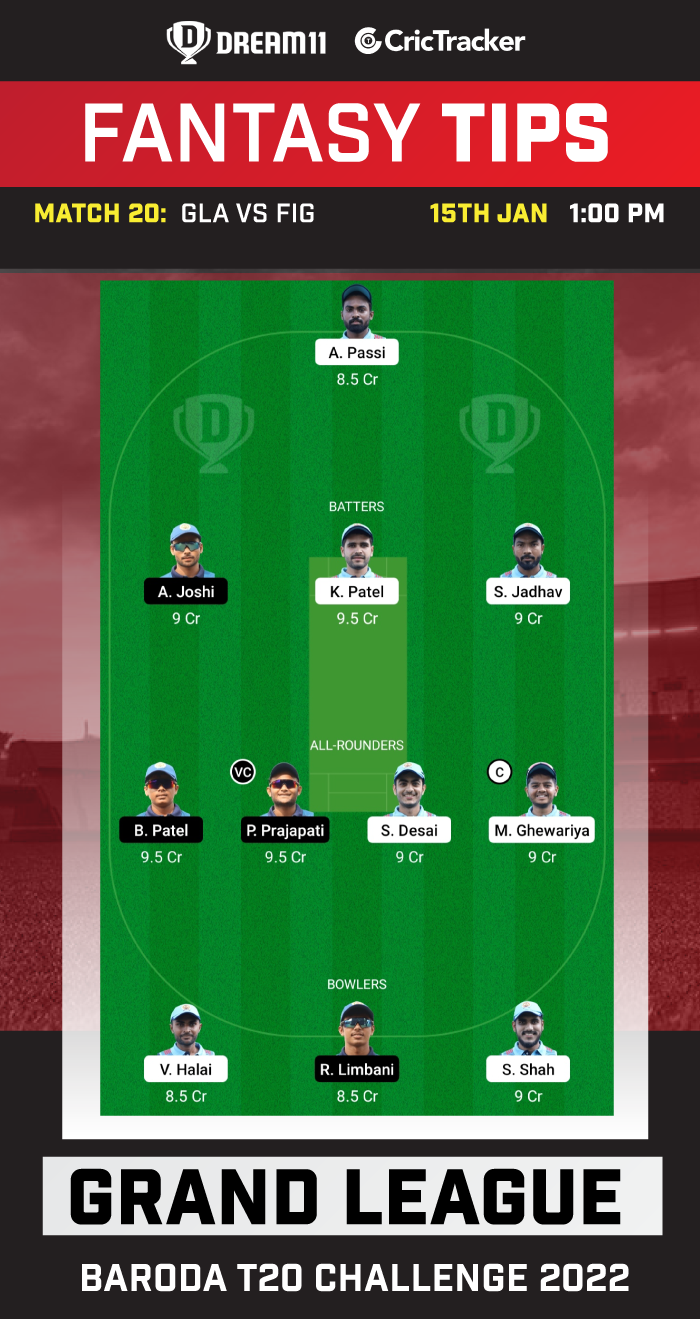