Sukrit Pandey has earned 855 Dream11 Points in this tournament.

Titans will take on Stallions for the second time in this league on Sunday. Titans came out on top when these sides met each other on the previous occasion. They are in a commendable position in this tournament and have already booked their semi-final spot. With 6 wins and a loss, they are placed at the second spot in the standings with 24 points.

Stallions, on the other hand, lost their previous two matches against Fighter and Gladiators by 29 runs and 8 wickets respectively. They need to get back to the winning ways if they want to finish in the top 4.

The batters have struggled a lot to score runs in the last few matches which shows there is enough assistance for the bowlers. Since it’s a morning game, whoever wins the toss should bowl first.

Sukrit Pandey is ruling this tournament with his incredible all-round display. The Titans; skipper has struck 248 runs in 7 matches at an average of 35.43 and has picked up 16 wickets as well.

Lakshyajeet Padhiyar is a useful batter at the no. 3 spot for Titans. In 7 matches so far in this competition, he has accumulated 143 runs at an average of 23.83 with the highest score of 37*.

Rohan Patel is the leading run-getter for Stallions in this tournament. In 6 matches, he has accumulated 151 runs at an average of 25.17 and a strike rate of 107.09.

Rohit Thakur will be an excellent addition to your fantasy teams. He has amassed 148 runs in 6 matches in this tournament at an average of 24.67, with the highest score of 76.

TIT vs STA Must Picks for Dream11 Fantasy Cricket: 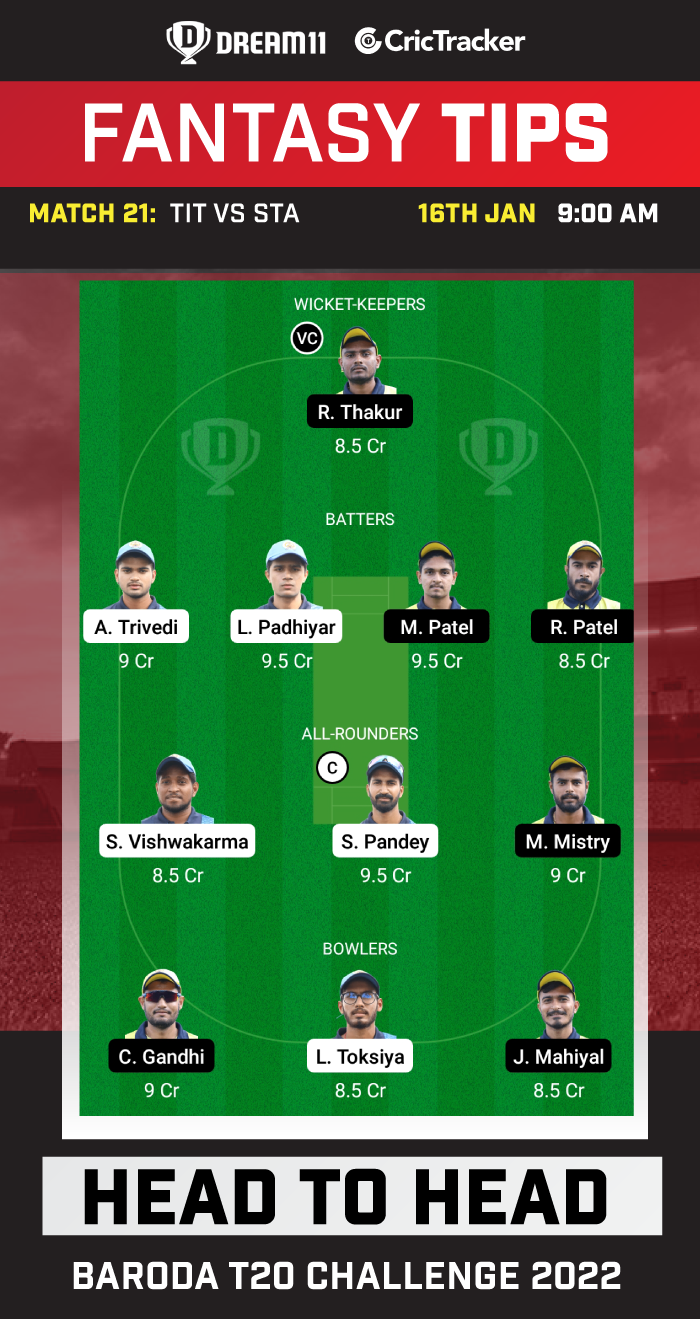 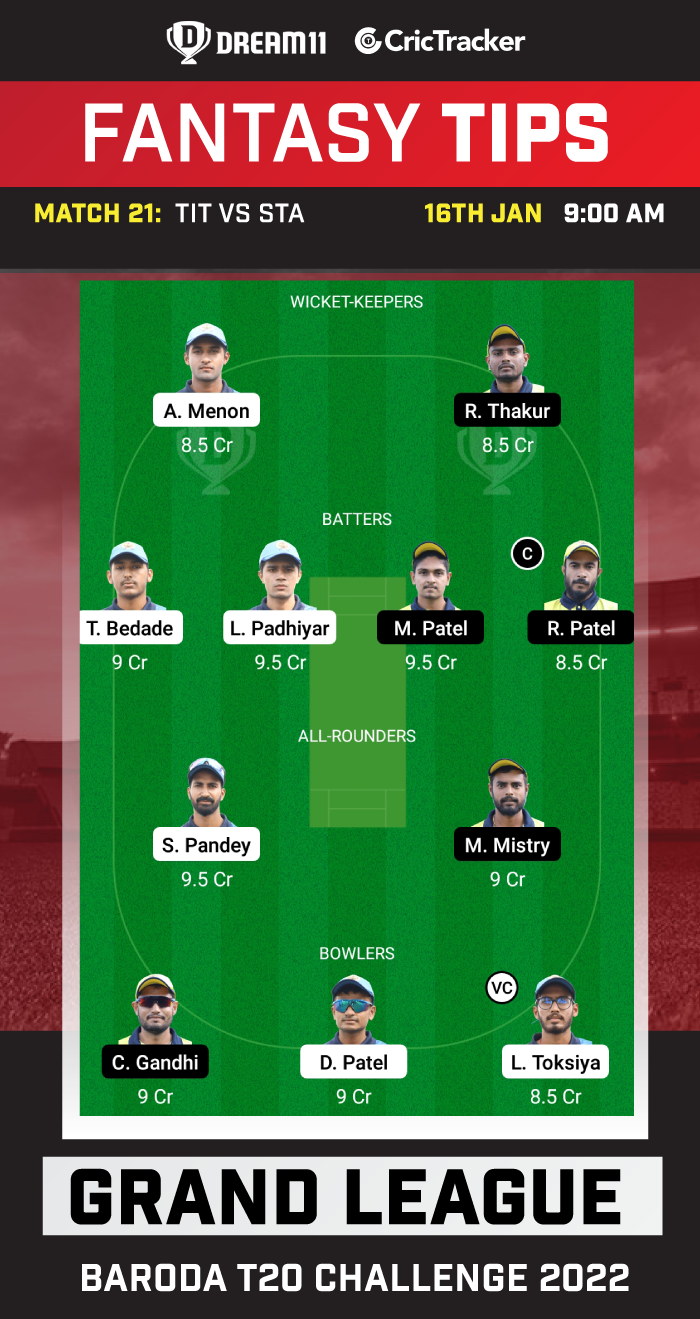