Warriors have beaten Fighter by 19 runs in their previous meeting.

Warriors will take on Fighter in the 22nd match of the Baroda T20 Challenge 2022 on Sunday. Warriors are struggling completely in this tournament as they have lost 6 matches in a row. They must win their remaining 3 matches to remain in the contest. Currently, they are placed at the bottom of the standings with 4 points to their name.

Fighter, on the other hand, are comparatively in a much better position than Warriors and sit at 4th spot in the standings with 8 points. They had beaten table toppers Gladiators, in their previous game, which is a remarkable achievement. They need to win this match to remain in the fourth spot.

Plenty of things are happening for the bowlers and the batters are still finding ways to score runs more than 7 runs an over. Anything over 150 is hard to chase here.

Parikshit Patidar is doing his job quite well for the Warriors. In 7 matches, he has scored 170 runs at an average of 28.33 and has picked up 2 wickets as well.

Smit Thakar has justified his selection for Warriors. He has added 150 runs in 7 matches in this competition at a strike rate of 110.29 with the highest score of 52.

Prince Prajapati has scalped 11 wickets in this tournament which is the most for Fighter and he has also scored 29 runs with the bat.

Skipper Mohammad Tufel Jilani has smashed 104 runs in 6 matches in this tournament at a strike rate of 119.54, with the best score of 95*.

WAR vs FIG Must Picks for Dream11 Fantasy Cricket: 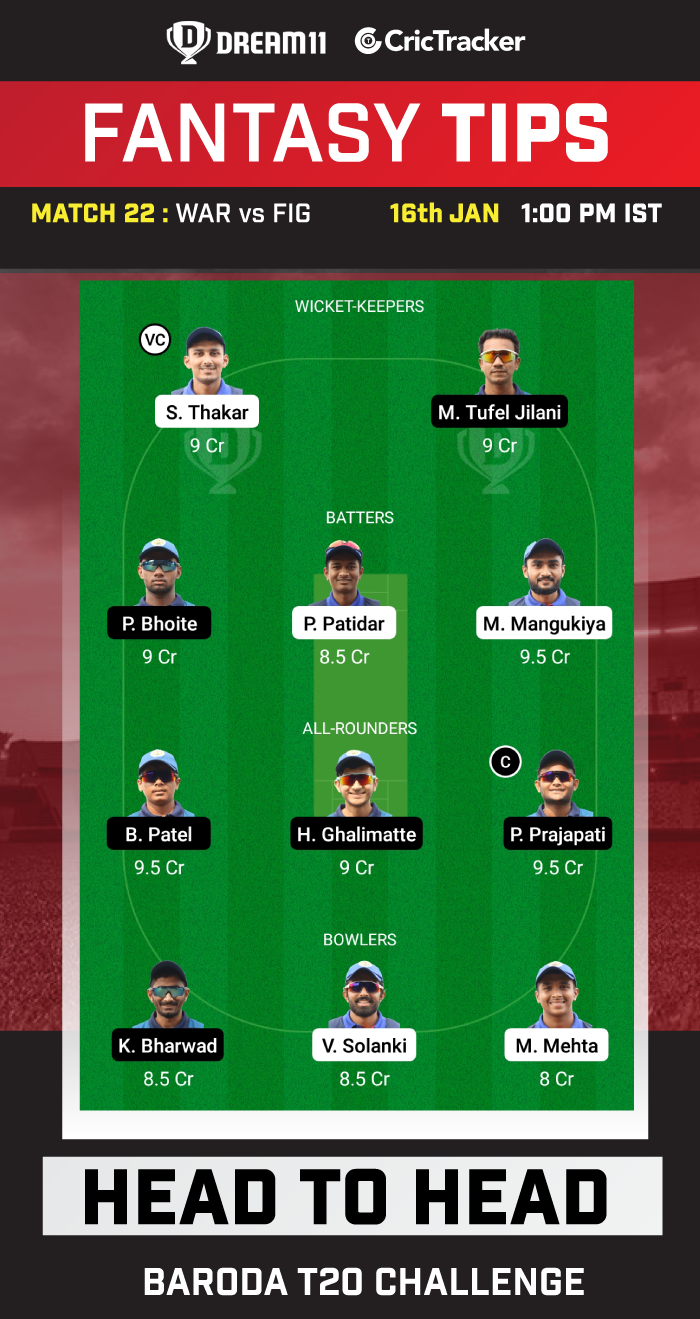 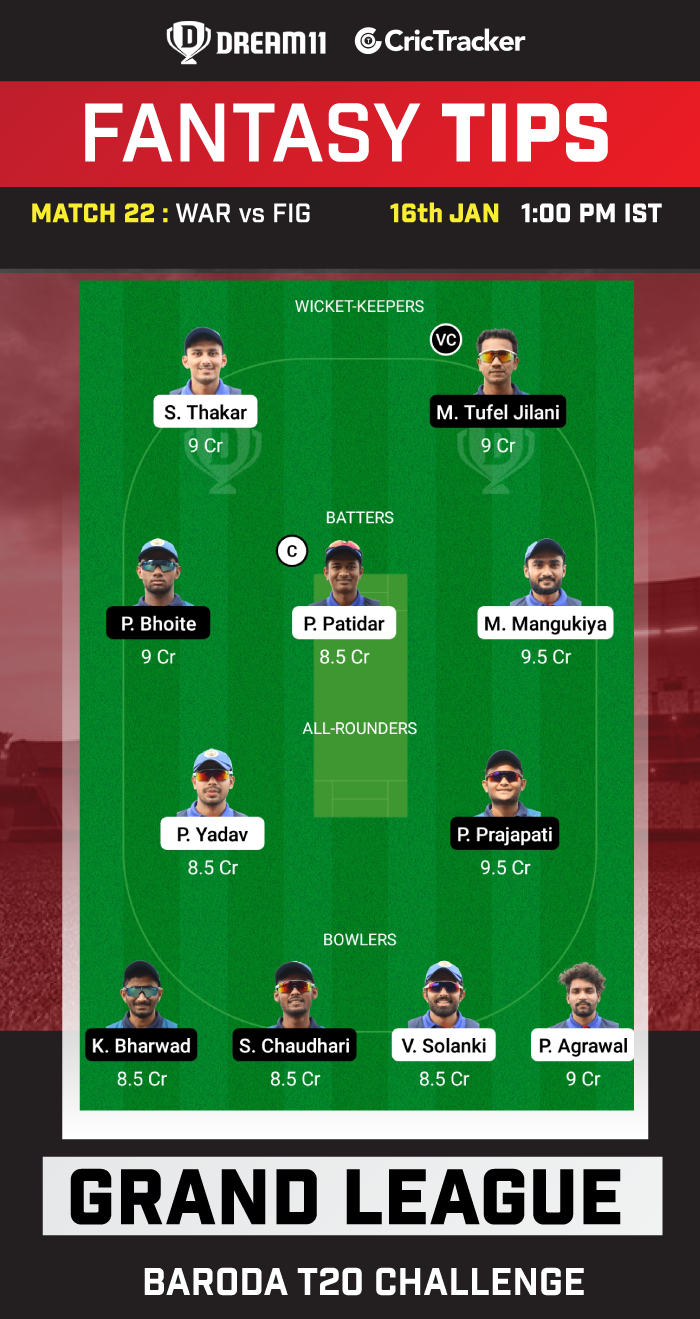 Fighter are expected to win this match.