Sukrit Pandey was impeccable with his all-round performances in the first two matches.

Titans will face Fighter in the 8th match of the Baroda T20 Challenge 2022 on Sunday. Titans bought up two back-to-back victories against Challenger and Stallions. They took the game deep in both the matches and crossed the finished mark in the final over. With the kind of form they are in, they are the sheer favorites for this match as well.

Fighter, on the other hand, had control over the match for the most against Warriors and Gladiators, but they ended up on the losing side by 19 runs and 4 runs respectively. On a positive note, they bowled really well on both occasions and the batters need to show more maturity while chasing the targets.

Looks like it’s tough to chase on this surface where even the smallest of targets looks huge. The spinners are getting grip which is a positive sign.

Sukrit Pandey has been tremendous for Titans in the first two matches. He scored 48 runs and even picked up 6 wickets. He is a must-pick for your fantasy teams.

Anil Trivedi plays according to the situation, and he did the same against Stallions where he scored match-winning 35* runs from 33 balls, which includes 3 fours and a six.

Bhavishya Patel is a genuine wicket-taker for Fighter. He picked up 4 wickets in the last game against Gladiators by conceding just 16 runs.

Prince Prajapati had two good games with the ball for Fighter, where he picked up 5 wickets with the best figures of 3 for 26 and has also scored 15 runs with the bat.

TIT vs FIG Must Picks for Dream11 Fantasy Cricket: 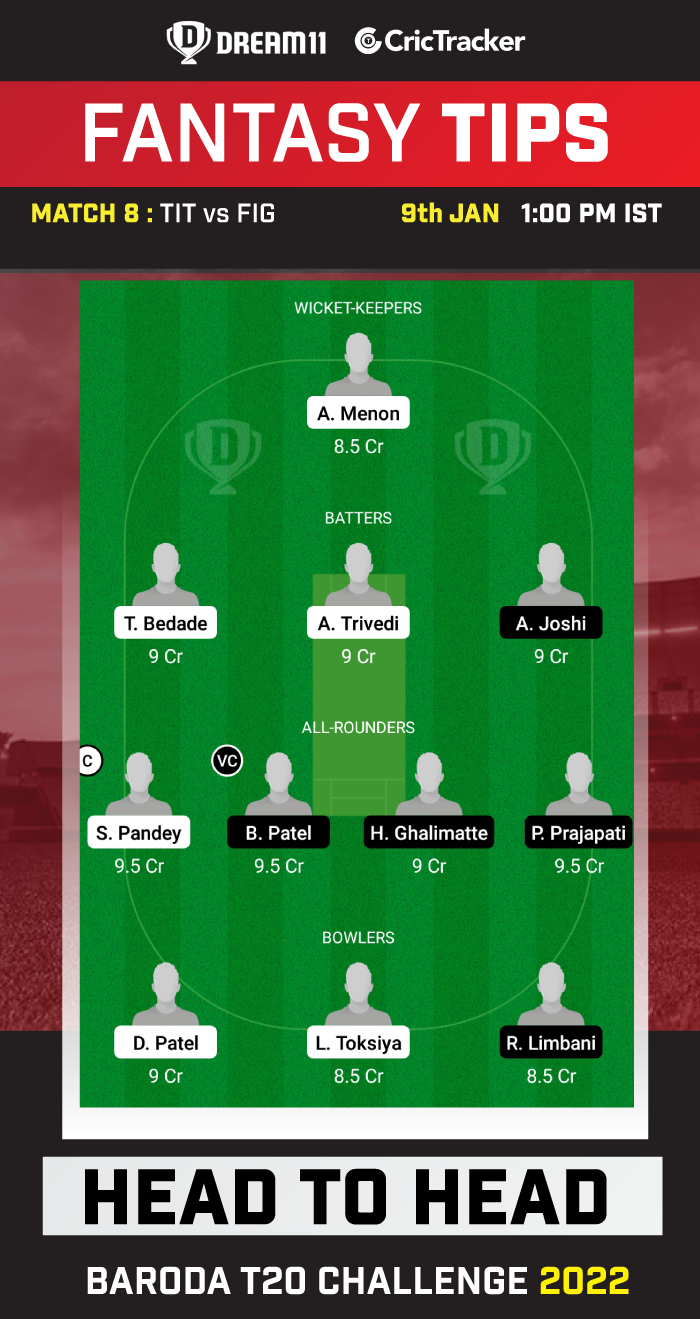 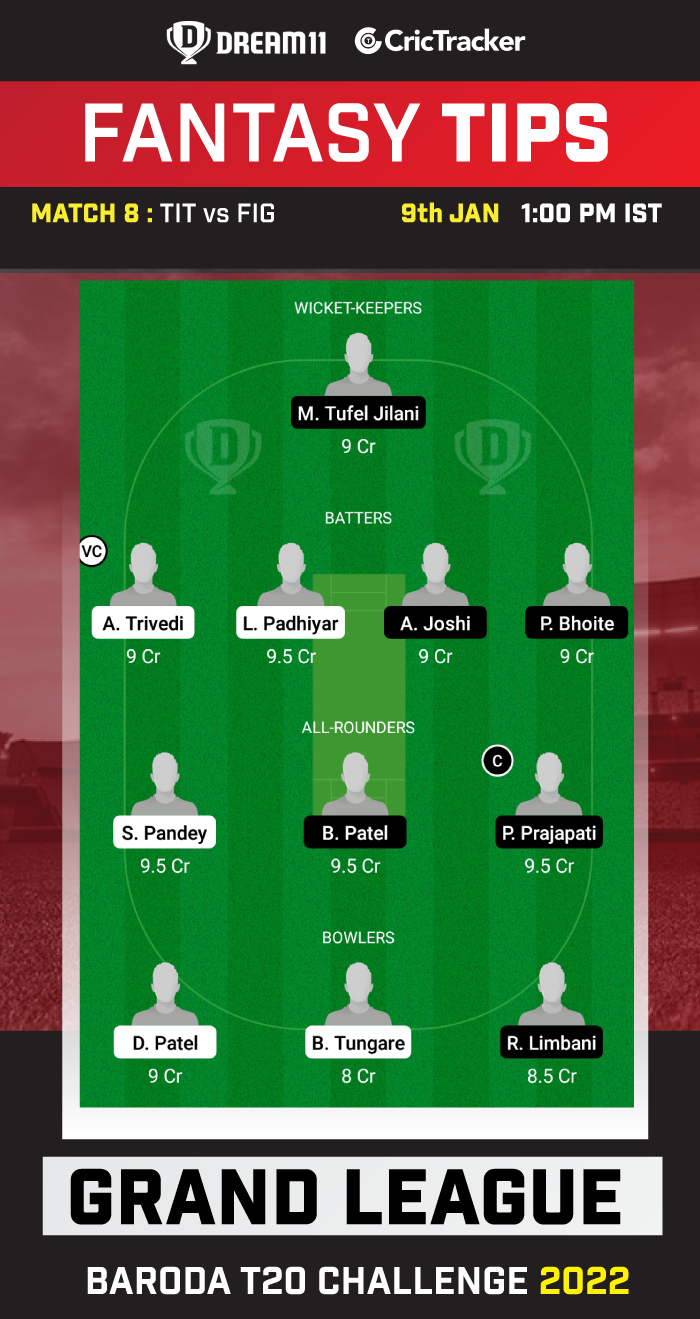