Here are all the statistical highlights from Melbourne Stars’ 6-wicket win during the STA vs REN game. 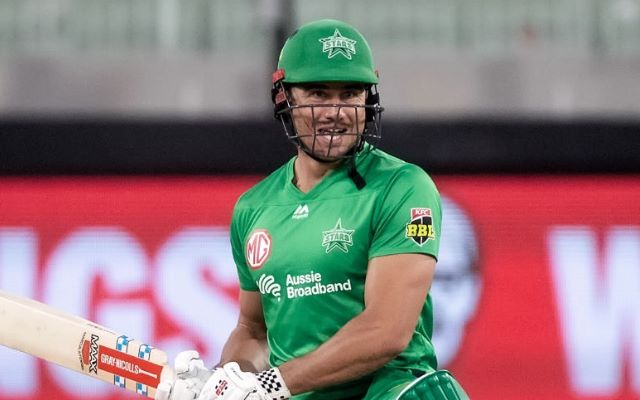 Melbourne Stars registered their 2nd consecutive win at the MCG as they got the better of Melbourne Renegades by 6 wickets on Sunday. Sam Harper scored a 52-ball 63 with help of four boundaries by Renegades collapsed in the death overs losing their last seven wickets for 30 runs. Chasing a target of 151, the Stars had Marcus Stoinis and Nic Larkin scoring 43 from only 32 balls each. They eventually got over the line with five balls to spare and jumped to No.3 in the points table.

Here are all the statistical highlights from Melbourne Stars’ 6-wicket win during the STA vs REN game:

Stars get the better of Renegades yet again:

14 – Melbourne Stars now have won as many as 14 out of the 19 meetings against Melbourne Renegades in the BBL which are the most number of wins for any team against an opponent in this league. Stars won each of their last three matches against the Renegades with a margin of no less than six wickets.

New Zealand vs Australia: Sky Stadium CEO asks Glenn Maxwell to sign the seat that he broke with a gigantic six

7 – Melbourne Stars have defeated Melbourne Renegades on seven occasions across ten meetings at the Melbourne cricket ground. No visiting team other than the Renegades have lost more than four matches at the MCG in the BBL.

2014 – Glenn Maxwell completed 2000 runs in the BBL for the Melbourne Stars when he went past his individual score of six during STA vs REN game. Maxwell is now the 2nd player after Marcus Stoinis (2064) to amass 2000 BBL runs for the Stars.

5 – Aaron Finch now has been dismissed for a duck on five occasions in the BBL which are the most by any player for the Melbourne Renegades. Finch went past Sam Harper (4) and Tom Cooper (4) who have four ducks apiece while representing the Renegades.

This was also the 2nd time Finch bagged a duck in this BBL season and another duck will put him alongside Daniel Christian (in 2019-20) for registering three ducks in a BBL edition for the Renegades.

23 – Aaron Finch has been dismissed for a duck on 23 instances in the Twenty20 format which is now the most by any Australian. Finch went past Shane Watson’s tally of 23 ducks during the STA vs REN game.