A win here against Brisbane Heat will get Sydney Sixers the top spot again.

Brisbane Heat will take on Sydney Sixers in the 34th match of the BBL 2021/22 on Tuesday. Brisbane Heat returned to the winning ways after beating the in-form Hobart Hurricanes by 14 runs in their away fixture, which would have boosted their confidence to a great extent. Their bowlers were top class and did really well in defending the meagre score of 150 runs. With 3 wins and 5 losses, they are at the 5th spot in the standings with 14 points.

In a preponed game, Sydney Sixers lost to Perth Scorchers by 10 runs on Tuesday and registered their second defeat in this tournament. The top-order batter0’s failure is causing plenty of problems for the Sixers, but they still are able to hold on to their second spot in the standings.

Carrara Oval has hosted two games in this year’s BBL. By analyzing the previous results, we can say it’s a balanced wicket with an equal edge for both batters and bowlers. The par score on this wicket is between 160-170 and bowling first is a good option.

Sam Heazlett is adding valuable runs for Brisbane Heat. In 8 matches in this tournament, he has scored 230 runs at an average of 32.85 and a strike rate of 133.72.

Moises Henriques has led the Sydney Sixers incredibly well so far in this competition. In 8 matches, he has scored 262 runs at an average of 43.66 and a strike rate of 143.16.

Sean Abbott has been a key member of the Sydney Sixers over the years and has won many games. In 5 matches in this tournament, he has scalped 12 wickets and has also 56 runs with the bat.

Daniel Christian was the lone warrior for Sydney Sixers in the last match. He scored 73 runs from 61 balls, which included 5 fours and 4 sixes.

Mujeeb ur Rahman was rewarded as the player of the match for his stellar bowling performances against Hobart Hurricanes. He picked up 3 wickets by conceding just 20 runs.

HEA vs SIX Must Picks for Dream11 Fantasy Cricket: 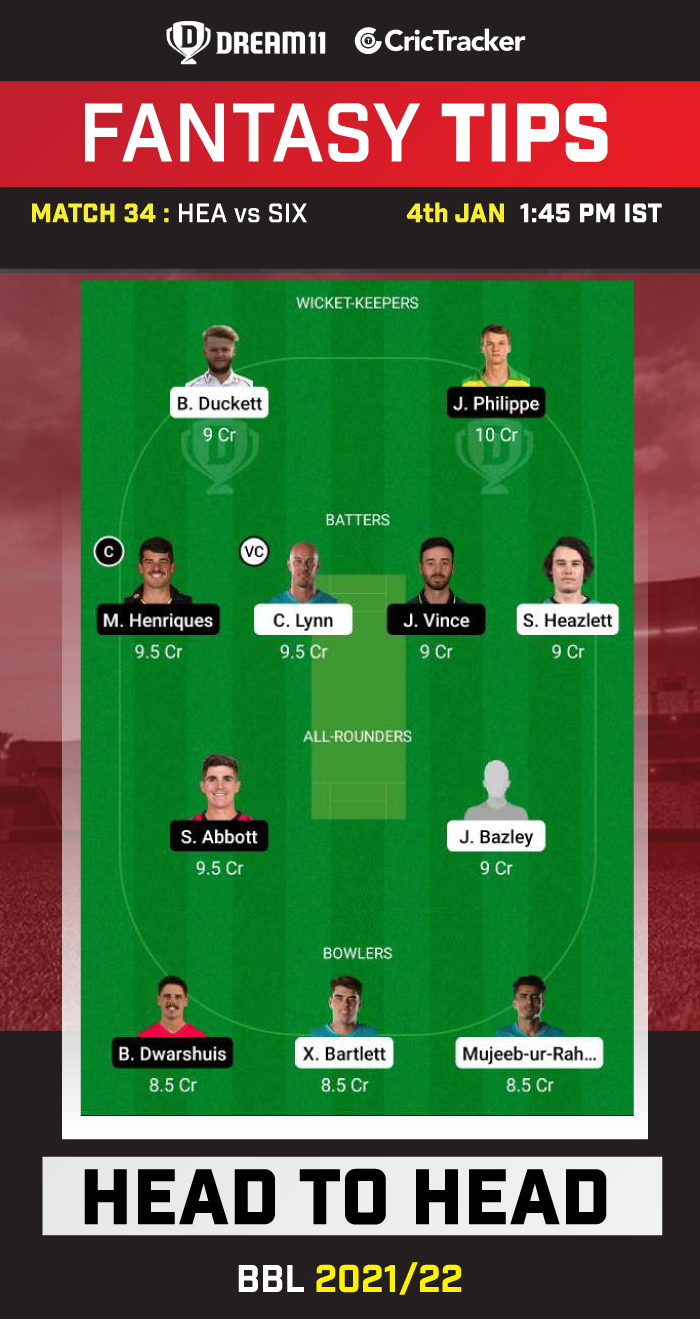 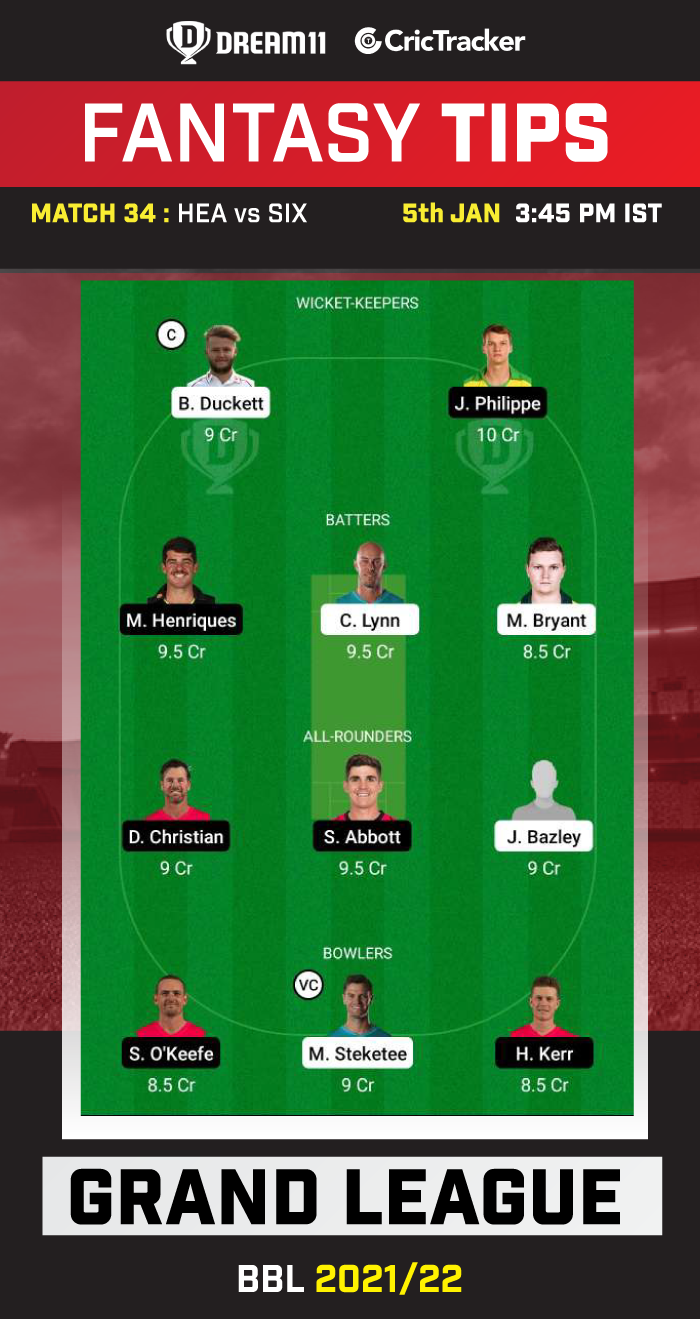 Xavier Bartlett has impressed everyone with his all-round performances in this league. He has scalped 11 wickets and has also scored 110 runs. It’s worth a risk and you can pick him as your fantasy team skipper.

Since Ben Duckett and Josh Philippe are the frontline wicketkeeping options, it’s better to avoid out of form Jimmy Peirson while making your fantasy teams.