Adelaide Strikers will take on Hobart Hurricanes in the 35th match of the BBL 2021/22 on Wednesday. Adelaide Strikers are in deep trouble in this tournament, as they have lost 6 consecutive matches in a row. They are placed at the bottom of the table with 9 points to their name.

Hobart Hurricanes’ three-match winning streak was ended by Brisbane Heat on Saturday by 14 runs. They messed up in the run-chase and failed to keep up with the required run-rate. The Hurricanes are currently placed in the fourth spot in the standings with 17 points to their name.

There will be plenty of carry and bounce on this surface. The batters need to utilize the extra pace in the wicket. The wicket will stay the same for the entire game. Powerplay will be crucial for both sides.

Matt Renshaw is consistently scoring runs for Strikers and has one half-century to his name. So far in this tournament, he has scored 177 runs at an average of 35.4 and a strike rate of 132.08.

Ben McDermott had a bad day at the office against Brisbane Heat as he was dismissed for a no score. We know how good a striker he is and still a good pick for your fantasy teams.

Matthew Short didn’t capitalize on the starts he has got in the last few matches. In 8 matches in this league, he has scored 185 runs at an average of 23.12, with the highest score of 63.

Rashid Khan hasn’t done anything wrong for Strikers. He is their main strike bowler and the joint-leading wicket-taker for them in this league with 11 scalps and has also scored 31 runs with the bat.

Thomas Rogers is picking wickets on a regular basis for Hurricanes. In 7 matches, he has scalped 14 wickets at an economy of 7.03 with the best figures of 3 for 24.

Matthew Wade is not in the greatest of forms at the moment. Including a half-century, he has scored 176 runs at an average of 22 with a strike rate of 140.8.

STR vs HUR Must Picks for Dream11 Fantasy Cricket: 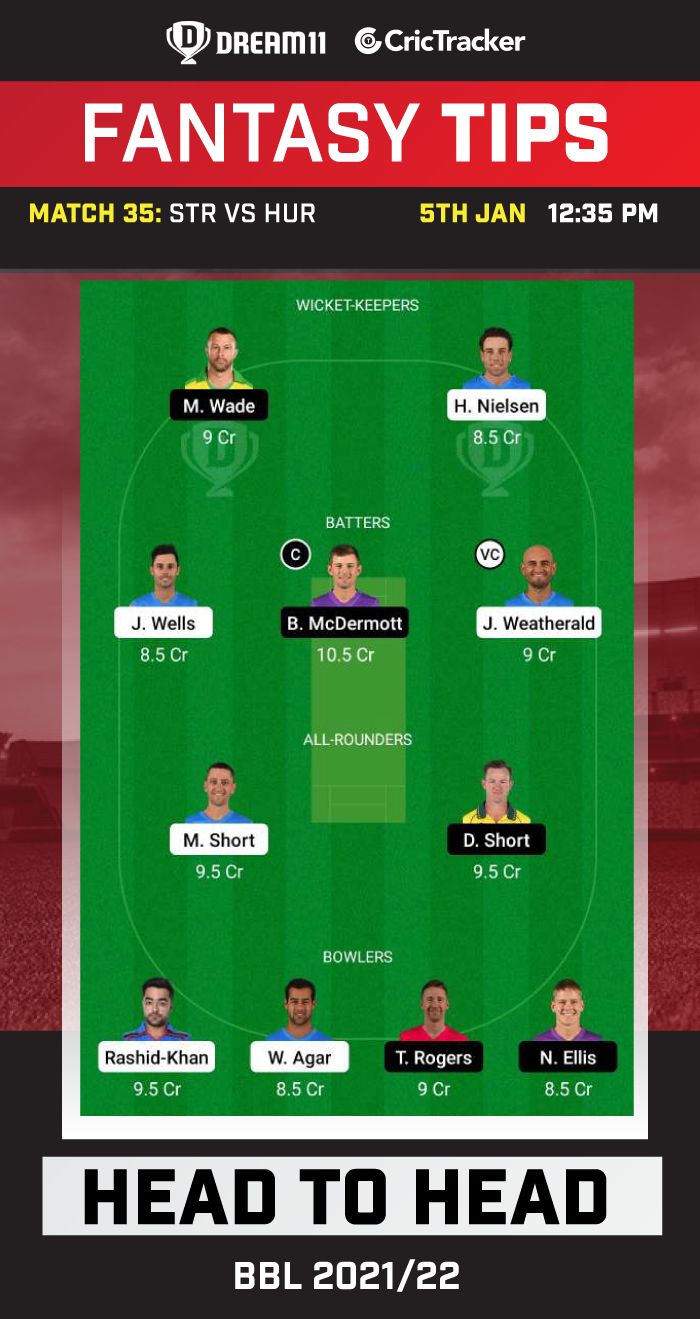 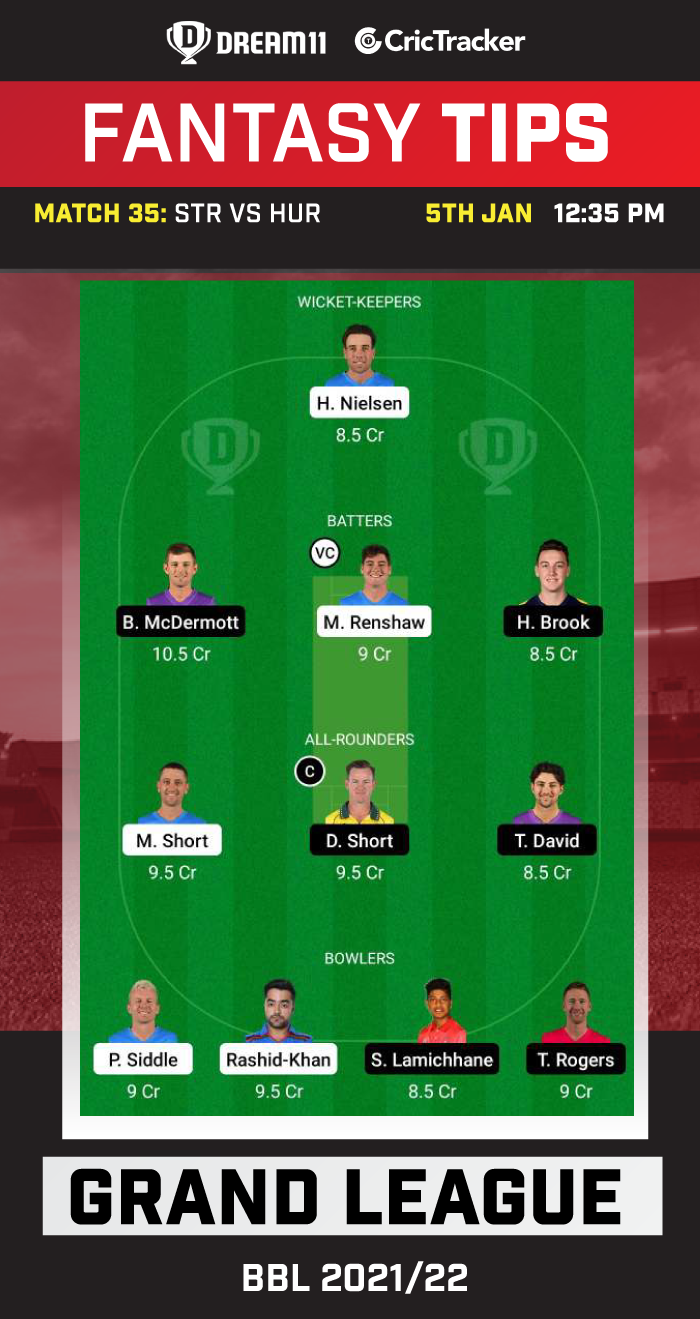 Jonathan Wells is the leading run-scorer for his team with 201 runs in 8 matches at an average of 25.12 and a strike rate of 136.73. He is a risky captaincy pick for your fantasy teams.

Tim David has scored 92 runs with the minimal chances he has got in this tournament. He can play as a finisher for Hurricanes, and you can take a risk and pick him as your fantasy team skipper.

Henry Hunt is slightly inexperienced at this level and hence you can avoid him while making your fantasy teams.