Adelaide Strikers will miss Rashid Khan badly for the rest of the tournament. 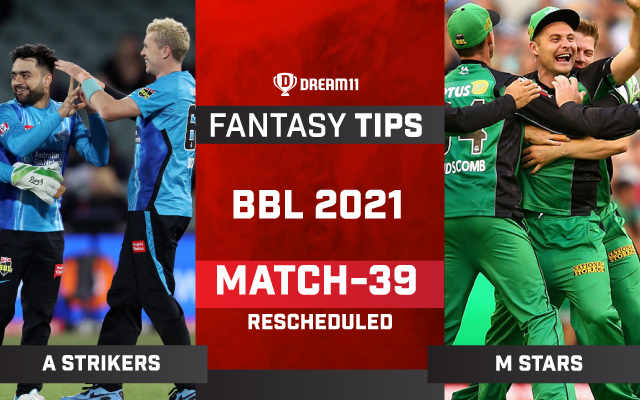 Adelaide Strikers are going to clash with Melbourne Stars in the 39th match (Rescheduled) of Big Bash League on Saturday. Both sides are in a must-win situation considering their position in the standings. Adelaide Strikers kept their playoffs hope alive by defeating Perth Scorchers in the previous encounter. They moved to the 5th position in the team standings with 20 points with that win.

Talking about Melbourne Stars, they are trying their best to get back their rhythm in this tournament. They won their previous battle against Melbourne Renegades by chasing down the target of 123 runs with 6 wickets in hand. With 5 wins from 11 matches, they are relying on the sixth spot with 18 points. Hence, we can expect a thrilling contest between these two teams on Saturday.

It’s a well-suited surface for the batters to score runs at a higher rate though the boundaries are very too big. The bowlers need to work hard in this format of the game to pick wickets. Having said that, players will get the results accordingly to their efforts.

Jonathan Well is the second-highest run-scorer for Adelaide Strikers in this tournament with 309 runs in 11 matches that he played at an average of 28.09 and a strike rate of 123.60.

For Melbourne Stars, Hilton Cartwright is a hard-hitting batter who has got loads of potential to win matches. After featuring in 11 matches in this season, the right-hander struck 295 runs at an average of 29.50 with the highest score of 79.

Matthew Short is in splendid form. He is the leading run-getter for Adelaide Strikers in this tournament. The right-handed batsman has smacked 326 runs at an average of 29.63 and has scalped 5 wickets with the ball.

Glenn Maxwell has looked in fabulous form in his last outing Melbourne Renegades. He surprised everyone by opening the innings and scored a match-winning knock of 68 runs from 45 balls which included 8 boundaries and a six. He has taken 2 wickets for his team.

The skipper of Adelaide Strikers Peter Siddle is the second-highest wicket-taker of BBL 2021-22. He has bagged 20 wickets after getting featured in 12 matches, with the best figures reading 5/23.

Adam Zampa is a clever bowler in this format of the game and knows exactly what needs to be done in pressure situations. He has scalped 8 wickets in this tournament at an economy of 7.58.

Joe Clarke has been the top run-getter who has amassed 313 runs after featuring in 10 matches that he played at an average of 31.30, including 4 fifties to his name. 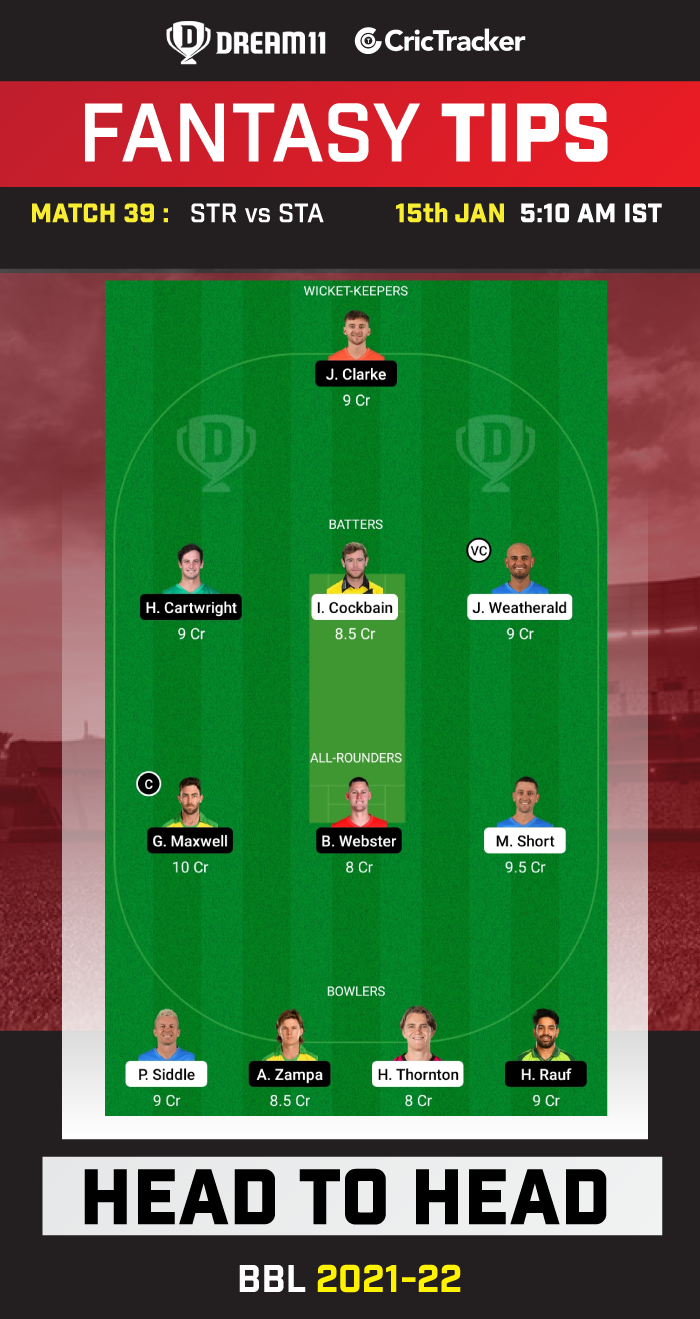 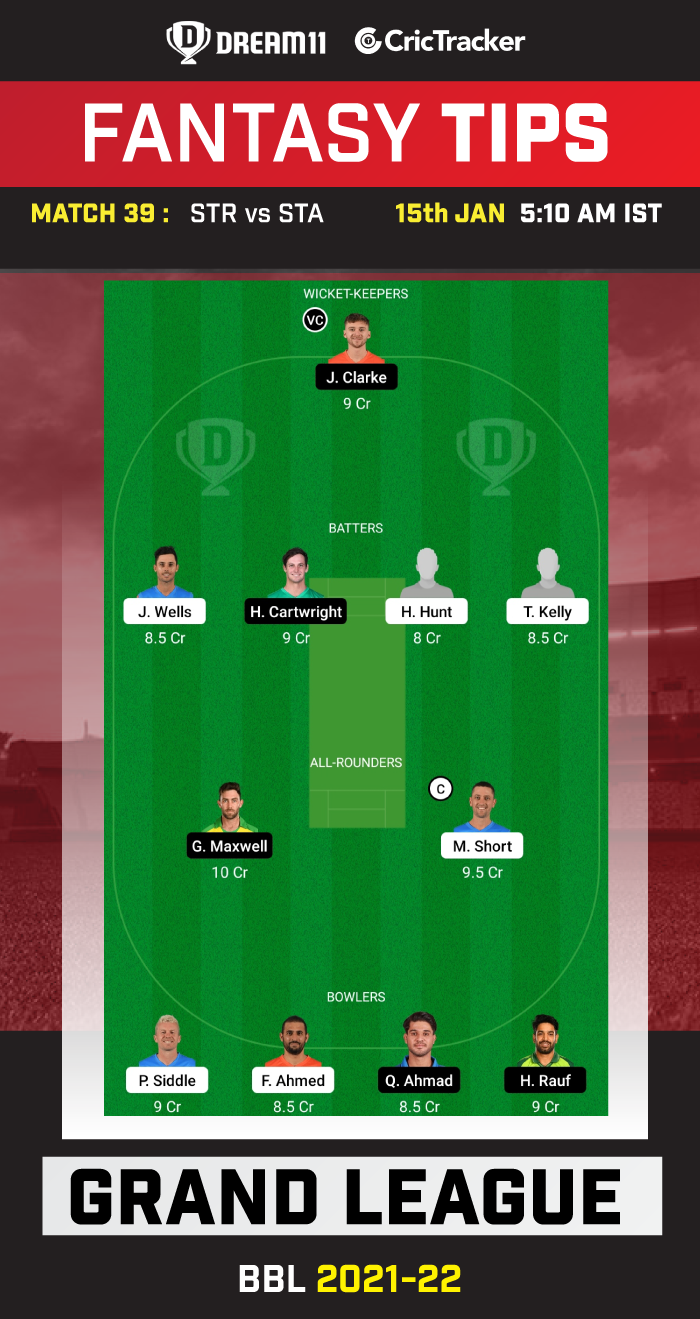 Jake Weatherland is a talented player who can dominate the opposition alley once he gets the ball under his eyes. He has scored 196 runs in this tournament at an average of around 18. You can take a risk and pick her as your fantasy skipper.

Brody Couch is the top wicket-taker for Melbourne Stars in this tournament. He will be a risky captaincy option for your Dream11 fantasy teams.

Nick Larkin comes to bat in the lower-order for Melbourne Stars. Hence, it is advisable to avoid him while making your fantasy teams.