Colin Munro and Andrew Tye have played a huge role in the success of the Perth Scorchers in this BBL.

In the top of the table clash, Sydney Sixers will square off with Perth Scorchers in the 42nd match of the BBL 2021/22 on Sunday. Scorchers had won the battle when these teams met each other last time by 10 runs. Both sides have been consistent right from the start and haven’t lost many matches. Sixers have won 4 of their last 5 matches played and placed at the 2nd spot in the standings with 23 points.

Perth Scorchers, on the other hand, have lost only 2 matches in this tournament both came against Sydney Thunder by 6 wickets and 34 runs. They are almost through to the playoffs and will be aiming to finish at the top 2 spots.

Moises Henriques has done well so far in this competition for Sixers. In 8 matches, he has accumulated 262 runs at an average of 43.66 and a strike rate of 143.16.

Colin Munro had a terrific tournament for Scorchers. In 10 matches, he has struck 353 runs at an average of 50.42 with the highest score of 114*.

Dan Christian ran out of partners in the last match against Perth Scorchers. His valiant knock of 73 runs from 61 balls went in vain. Overall in this tournament, he has scored 138 runs and scalped 7 wickets.

Ashton Agar bowls at a flatter trajectory and it’s difficult for the batters to go against him. In 10 matches in this BBL, he has picked up 11 wickets at an economy of 7.34 and has also scored 114 runs.

Andrew Tye is making a habit of picking wickets at regular intervals. In 10 matches, he has picked up 18 wickets with the best figures of 3 for 17 and has also accumulated 53 runs with the bat.

Hayden Kerr is the pick of the bowler for Sixers in this tournament. In 8 matches, he has scalped 15 wickets at an economy of 6.95 with the best figures of 4 for 32.

Cameron Bancroft has scored some valuable runs for Scorchers. In 7 matches in this BBL, he has notched 158 runs with the highest score of 45.

SIX vs SCO Must Picks for Dream11 Fantasy Cricket: 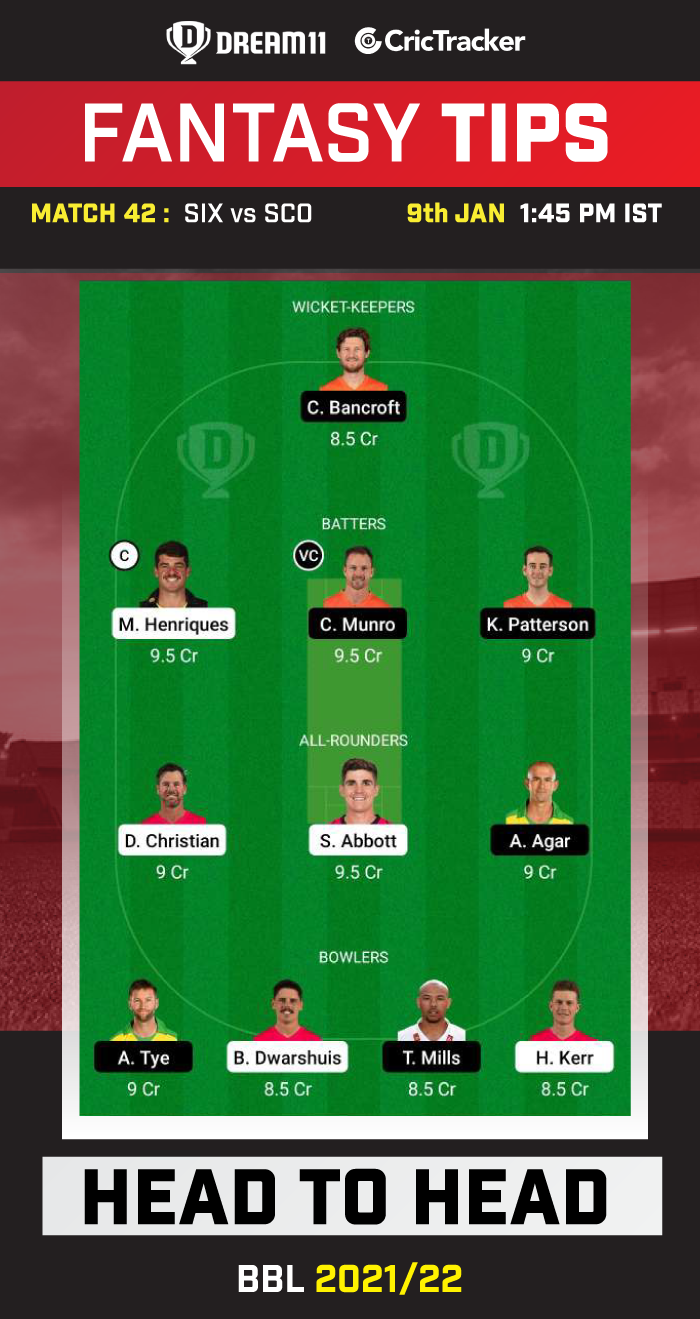 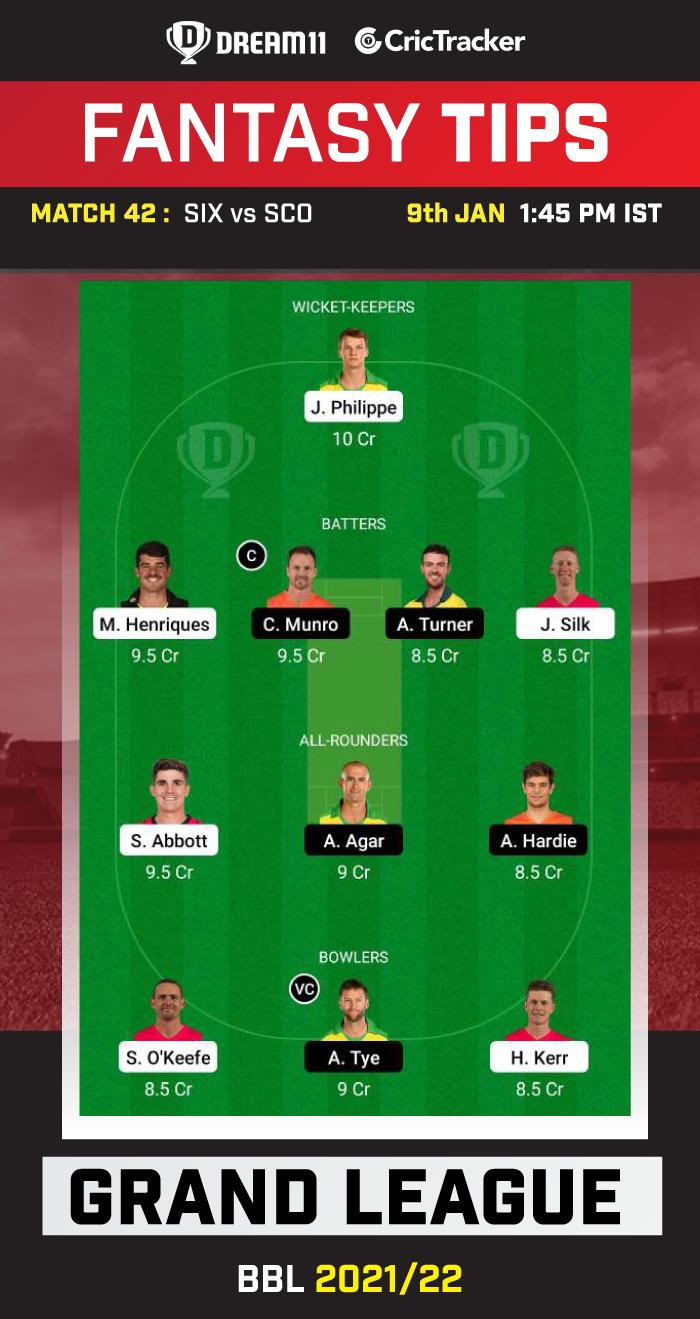 Considering a lot of options available in the batter’s slot, it’s hard to pick Jack Edwards in the final eleven.