It's a must-win game for both sides considering their position in the standings.

On the other hand, Adelaide Strikers are in deep trouble in this tournament, as they have lost 6 consecutive matches. However, they managed to win the match Hobart Hurricanes by chasing down the target of 127 runs posted by them. Every game is a must-win for them to move up in the points table. Hence, we can expect a thrilling encounter between these two teams on Wednesday.

It’s a well-suited surface for the batters to score runs at a higher rate though the boundaries are very too big. The bowlers need to work hard in this format of the game to pick wickets. Having said that, players will get the results accordingly to their efforts.

Hilton Cartwright is in good touch with the bat. He has notched up 256 runs from 8 matches at an average of 36.57, with the highest score of 79.

Brody Couch has been the best bowler for Melbourne Stars in this competition. He has scalped 11 wickets from eight matches and is expected to play a crucial role in the upcoming game.

Matthew Short is in splendid form. He is the leading run-getter for Adelaide Strikers in this tournament. The right-handed batsman has racked up 257 runs at an average of 32.12, including two fifties to his name.

The skipper of Adelaide Strikers, Peter Siddle is the third-highest wicket-taker of BBL 2021-22. He has bagged 16 wickets after getting featured in 9 matches, with the best figures reading 5/23. 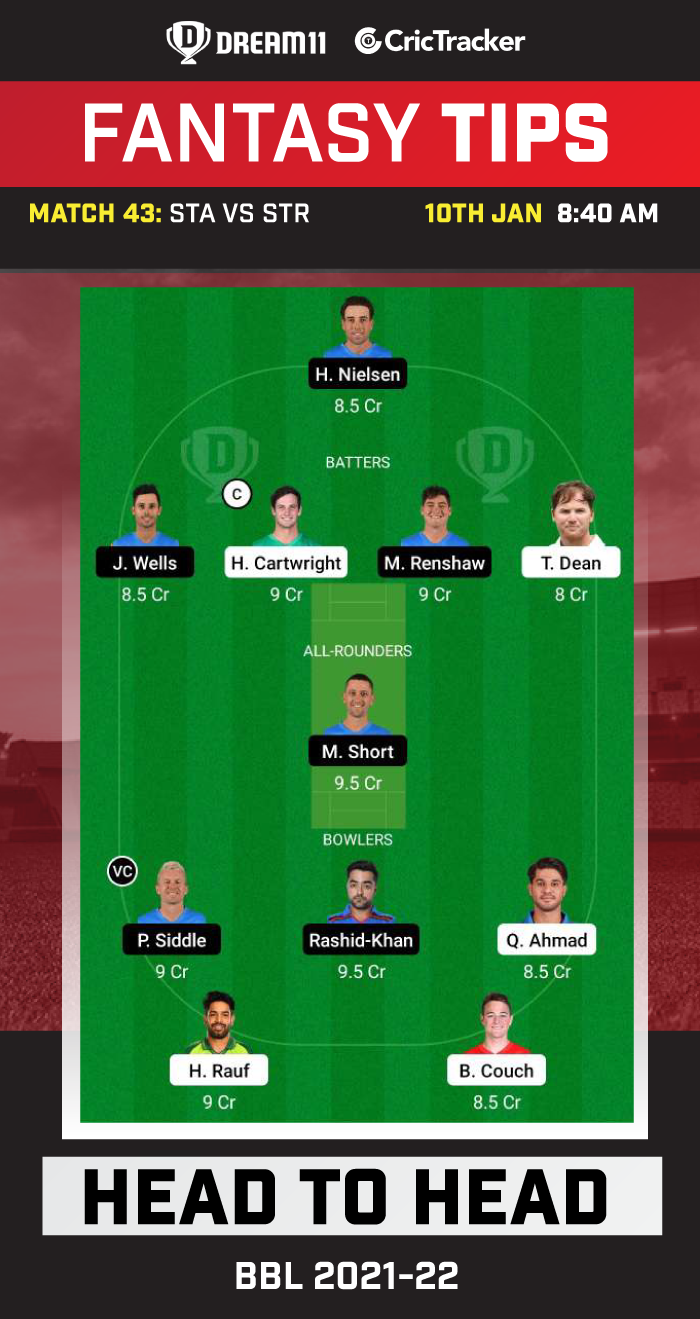 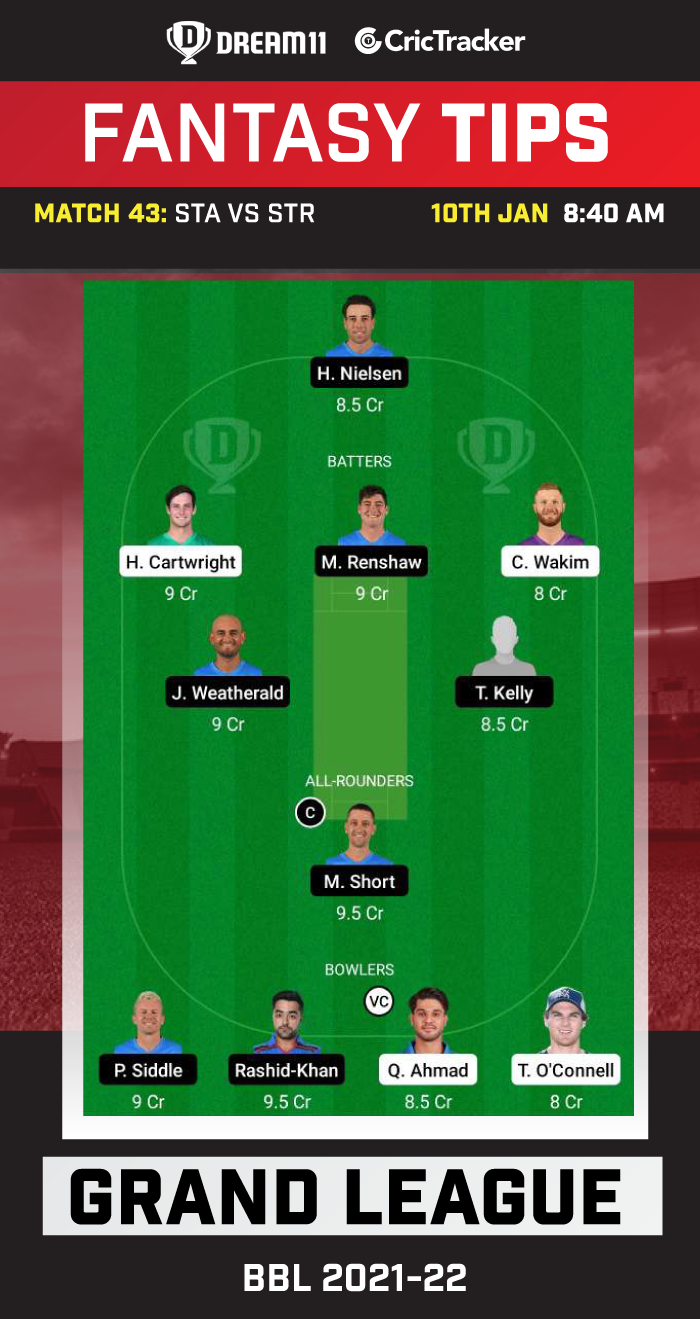 Jake Weatherland is a talented player who can dominate the opposition alley once he gets his eye in. He has scored 145 runs in this tournament at an average of around 20. You can take a risk and pick her as your fantasy skipper.

Brody Couch is the top wicket-taker for Melbourne Stars in this tournament. He will be a risky captaincy option for your Dream11 fantasy teams.

Patrick Rowe comes to bat in the lower-order for Melbourne Stars. Hence, it is advisable to avoid her while making your fantasy teams.