Hayden Kerr is a fantastic budget pick at 8.5 credits,

Melbourne Renegades will square off with Sydney Sixers in the 45th match of the BBL 2021/22 on Tuesday. Melbourne Renegades are heading into this match after a massive defeat over Sydney Thunder by 129 runs. They had made steady progress in the second half of the tournament, but a huge loss in their previous game has affected their momentum. With 3 wins, six losses, and a no result, they are at the sixth spot in the standings with 15 points.

Two back-to-back losses against Perth Scorchers pushed Sydney Sixers down to the third spot in the standings. The batting was below par for their standards in the last couple of matches. They are still very much in this tournament and need to show more character in the coming matches.

Both batters and bowlers will get an equal edge out of the surface. Renegades have won the battle against Brisbane Heat in the previous game played here. Batting is likely to get better as the game progresses and hence bowling first is a good option.

Shaun Marsh has featured just in 3 matches in this tournament and has played a match-winning inning of 57 against Brisbane Heat. He is an integral member of the Renegades squad.

With the minimal opportunities he got, Jordan Silk has scored 124 runs in 8 innings so far in this tournament at an average of 31 and a strike rate of 121.56.

Nic Maddinson has done a reasonable job so far in this tournament. In 7 matches, he has scored 119 runs at an average of 19.83 and has also picked up 6 wickets with the ball.

Dan Christian is always a game-changer for Sydney Sixers. He has struck 173 runs and picked up 7 wickets so far in this tournament.

Kane Richardson is a genuine wicket-taker who has the ability to vary his pace according to the situation. He has picked up 16 wickets so far in this tournament at an economy of 8.48.

Hayden Kerr is improving as a bowler from match to match. He has picked up 16 wickets in 9 matches in this BBL at an economy of 7.04 with the best figures of 4 for 32.

Josh Philippe is back to his best and scored 32 runs from 22 balls in the last game against Perth Scorchers. Overall in this tournament, he has accumulated 327 runs at an average of 40.87 with the highest score of 99*.

REN vs SIX Must Picks for Dream11 Fantasy Cricket: 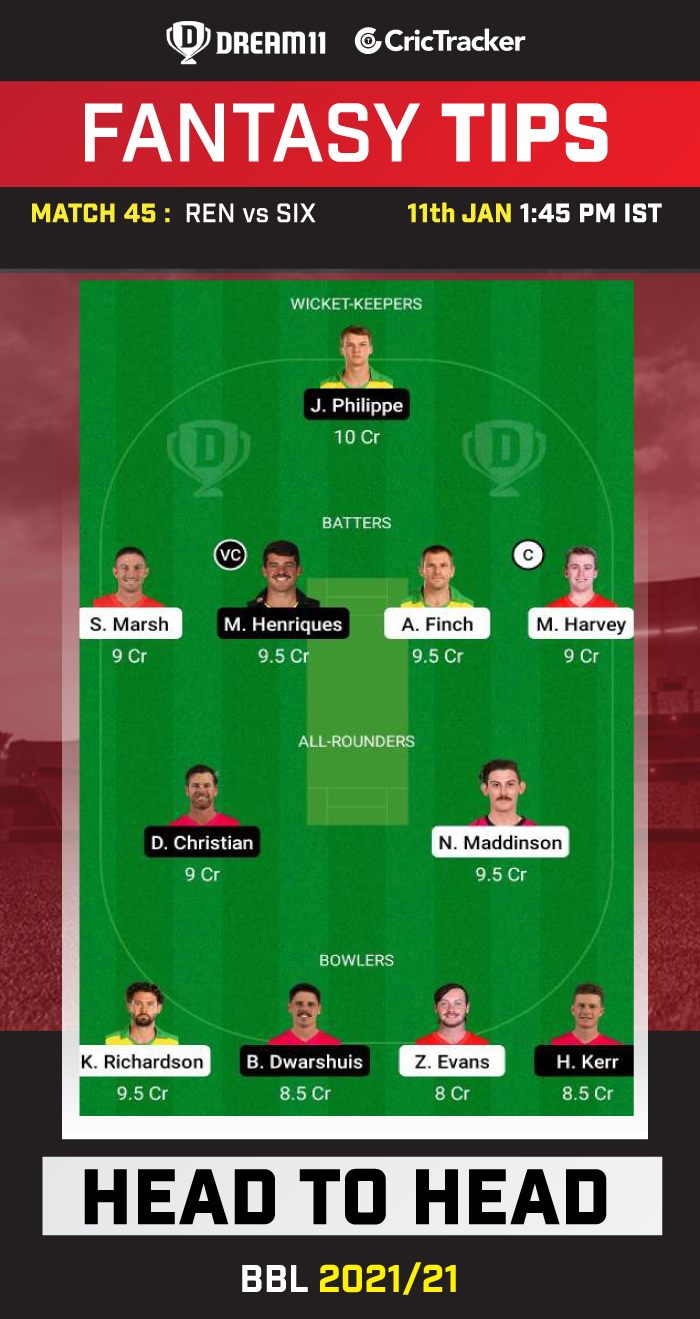 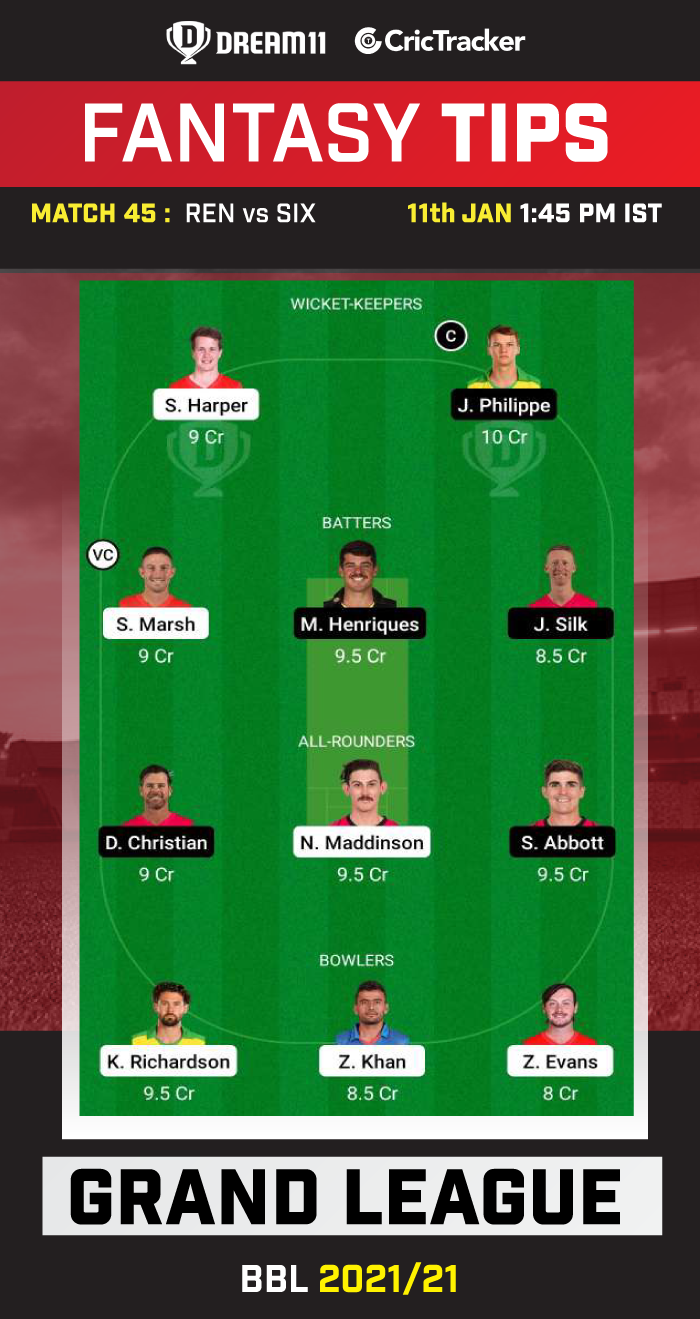 Aaron Finch has scored 181 runs in 6 innings so far in this tournament at an average of 30.16, which includes 2 half-centuries. He is a risky captaincy pick for your fantasy teams.

Due to a lot of options available in the batter’s slot, it’s better to avoid Jack Edwards while making your fantasy teams.