Adelaide Strikers will miss Rashid Khan badly for the rest of the tournament.

Adelaide Strikers will square off with Perth Scorchers in the 49th match of the BBL 2021/22 on Friday. Adelaide Strikers kept their playoffs hopes alive with a massive victory over Brisbane Heat by 71 runs on Wednesday. Rashid Khan’s impressive spell of bowling handed them a thumping win, but he will the remainder of the tournament. They moved to the 5th spot in the standings with 17 points with that win.

Perth Scorchers have already made their way into the playoffs prior to two of their matches still left in the league stages. They convincingly registered two back-to-back victories against Melbourne Stars and Sydney Sixers by 49 runs and 5 wickets respectively. They are well placed at the top spot in the standings with 37 points.

It’s a genuine batting wicket where the quicks will get more assistance out of the surface. The straight boundaries are way too big and the batters need to target the square boundaries.

Jonathan Wells is the top run-getter for Strikers in this tournament with 303 runs in 11 matches at an average of 30.3 and a strike rate of 127.31.

Laurie Evans played his best knock of the tournament in the last game against Melbourne Stars, where he smashed 69 runs from 46 balls. Overall in this tournament, he has scored 246 runs in 10 innings at an average of 30.75.

Top-order batter Matthew Short has scored 292 runs in 11 matches in this BBL at an average of 29.2 and has also managed to pick up 4 wickets with the ball.

Ashton Agar has been spot on with the ball for Scorchers. In 12 matches in this tournament, he has scalped 14 wickets at an economy of 7.10 and has also scored 118 runs with the bat.

Peter Siddle has been impeccable with the ball. In 11 matches in this league, he has scalped 18 wickets at an economy of 8.88 with the best figures of 5 for 23.

Matthew Kelly is a key bowler for the Scorchers. He has scalped 14 wickets in 6 matches in this BBL at an economy of 7.78, with the best figures of 4 for 25.

Harry Nielsen has notched 130 runs in 9 innings in this tournament at an average of 18.57, with the highest score of 39. He can be a decent budget pick for your fantasy teams.

STR vs SCO Must Picks for Dream11 Fantasy Cricket: 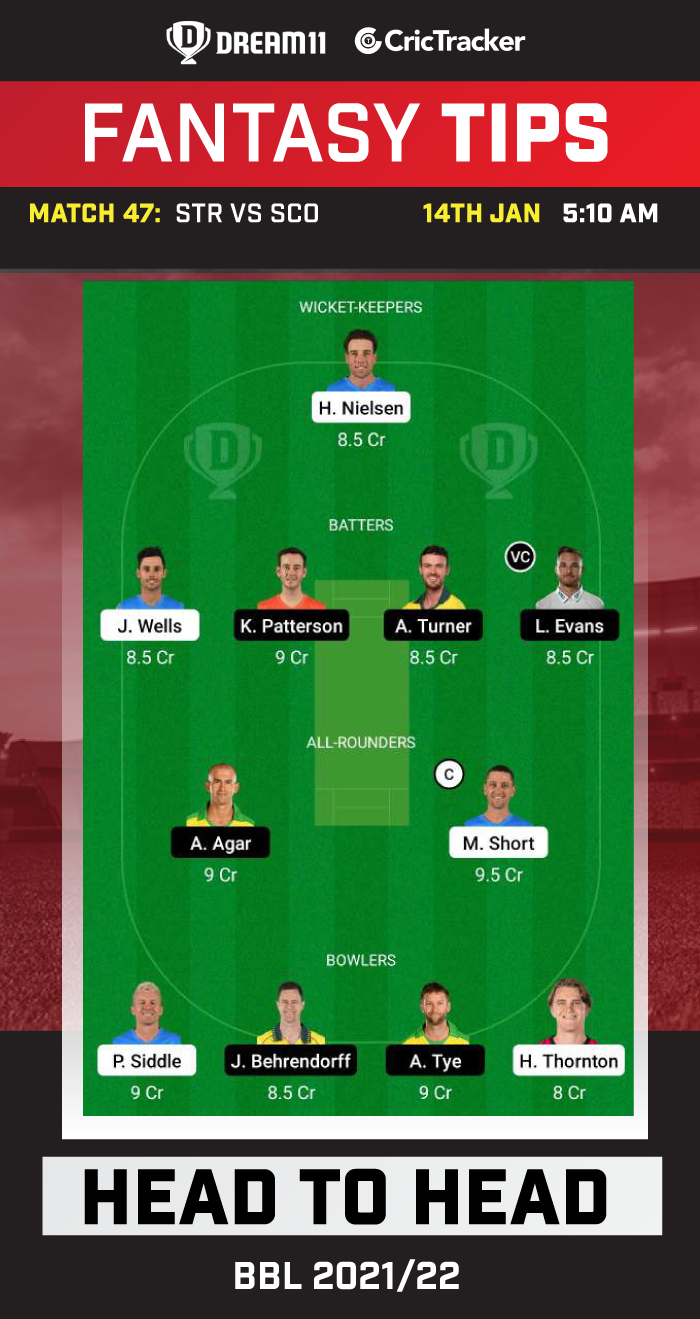 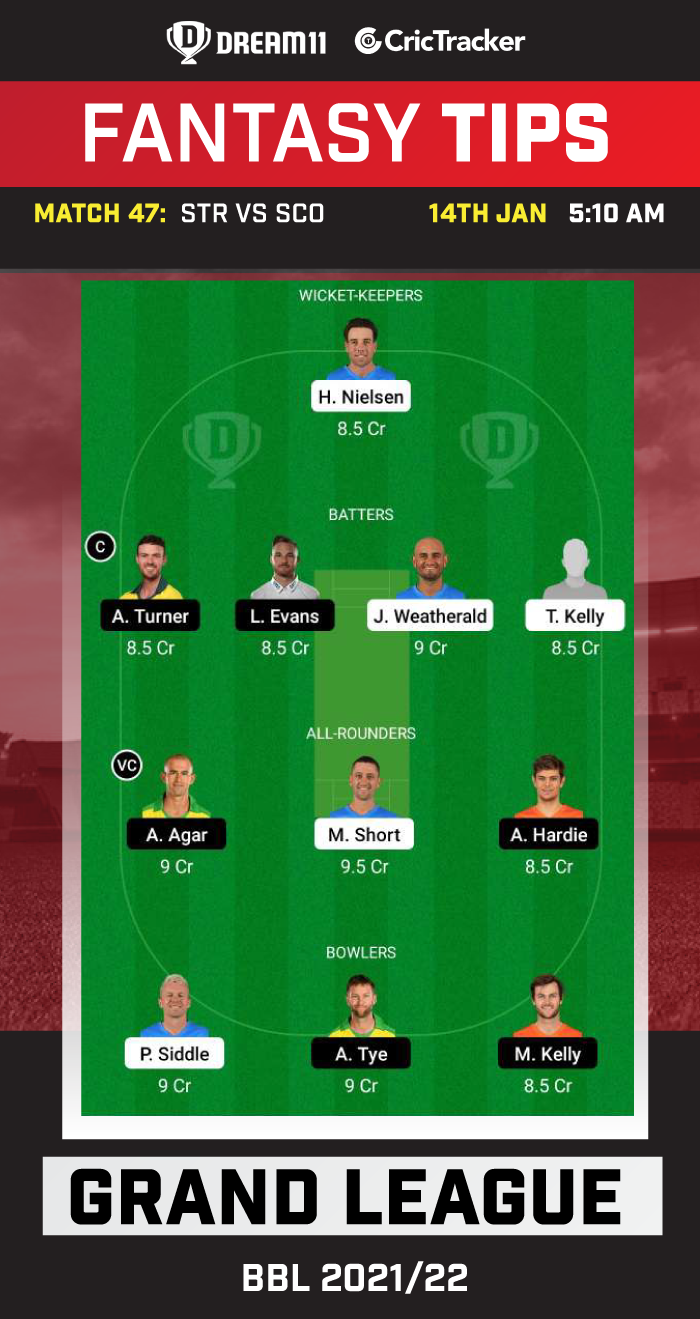 Jake Weatherald has accumulated 188 runs in 11 matches in this tournament at an average of 18.8. You can take a risk and pick him as your fantasy team skipper.

Kurtis Patterson adapted extremely well to the short format and has scored 275 runs in 9 innings in this tournament. It’s worth a risk to pick him as your fantasy team captain.

Chris Sabburg hasn’t achieved anything big in this tournament. It’s better to avoid him while making your fantasy teams.