Perth Scorchers are the favorites to win this competition.

Brisbane Heat will face Perth Scorchers in the 53rd match of the tournament. Brisbane Heat are almost out of the tournament after a defeat against Melbourne Stars by 8 wickets in their previous game on Sunday. They have had to alter the squad regularly, which has affected them a lot. Heat are sitting at the 7th spot in the standings with 15 points.

Perth Scorchers, on the other hand, are more likely to finish at the top of the standings. Their key players, Josh Inglis, Colin Munro, and Mitchell Marsh are available for selection for this match, which is an added advantage for them. This will be their final league fixture and want to end on a higher note.

It’s a tailor-made surface for the batters to score runs pretty easily. The bowlers need to be extremely precise in their line and lengths if the batters are in full flow. Batting first is always a good option here.

Chris Lynn had an average tournament for his caliber. In 10 matches, he has scored 189 runs at an average of 18.9 with the highest score of 57.

James Bazley is a useful all-rounder for Brisbane Heat. He has scalped 12 wickets in 9 matches and has also scored 101 runs with the bat.

Mitchell Marsh can whack the ball hard and his return will further boost the Scorchers unit. In only just 5 matches in this BBL, he has smashed 255 runs at an average of 85 and has also picked up 4 wickets.

Mark Steketee is regularly picking wickets for Brisbane Heat, in 6 matches so far in this tournament, he has bagged 11 wickets at an economy of 8.56 and has also scored 62 runs with the bat.

Andrew Tye has been a key bowler for Scorchers over the years. He has bagged 19 wickets in 13 matches in this tournament with the best figures of 3 for 17 and has also accumulated 55 runs with the bat.

Ben Duckett has scored the most runs for Brisbane Heat in this tournament. He has notched 293 runs in 10 matches at an average of 29.3 with the highest score of 78.

HEA vs SCO Must Picks for Dream11 Fantasy Cricket: 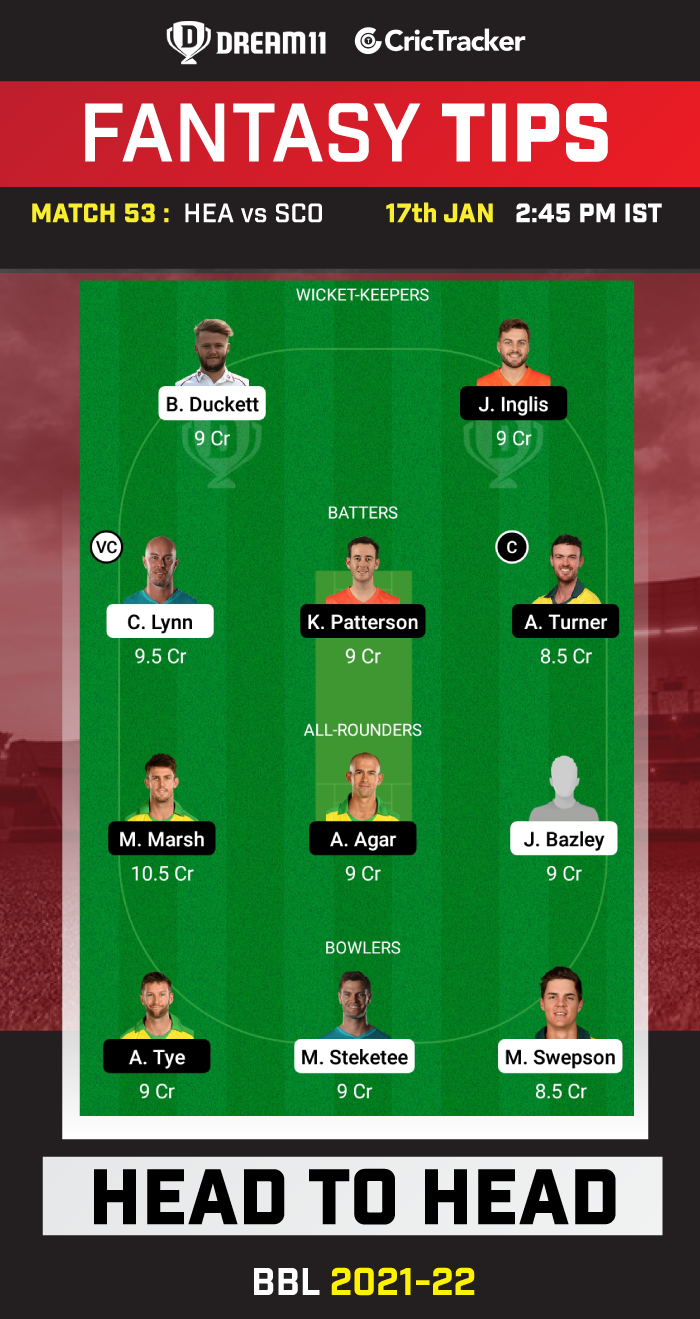 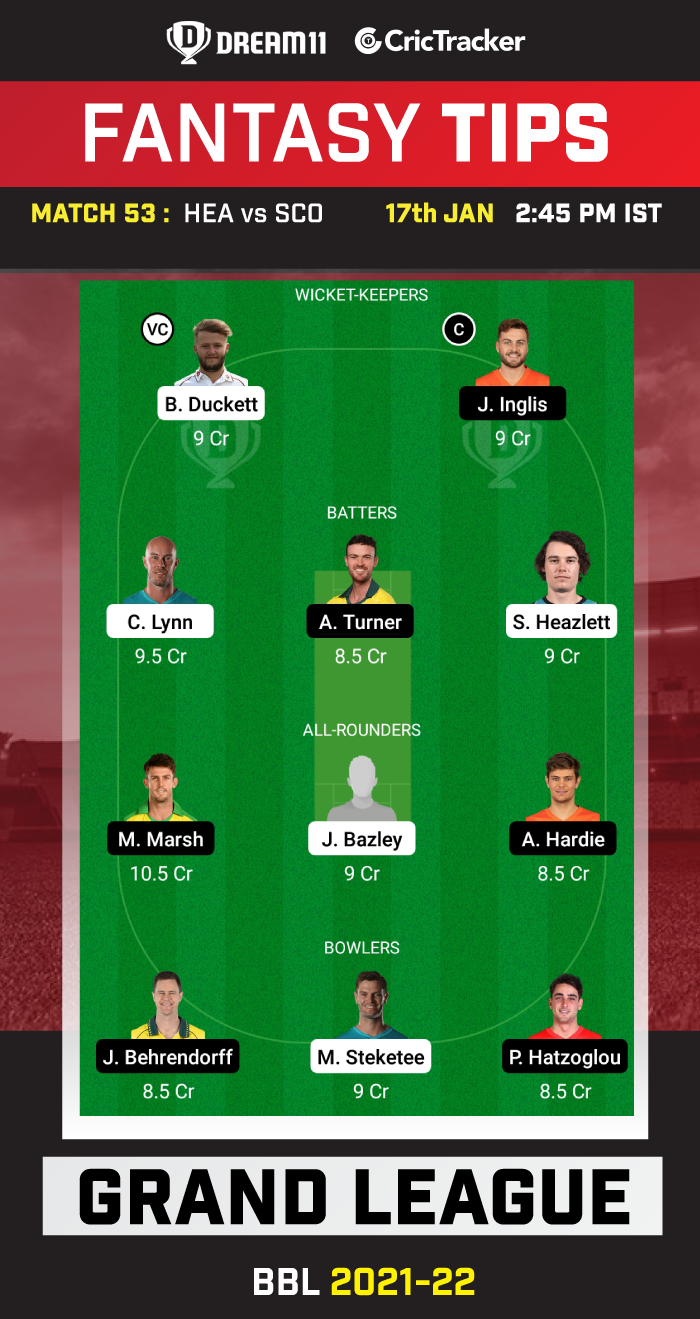 Sam Heazlett has scored 255 runs in 12 matches in this tournament at an average of 23.18. You can take a risk and pick him as your fantasy team skipper.

Kurtis Patterson has scored exact 300 runs in this tournament at an average of 30. He is a risky captaincy pick for your fantasy teams.

Since Ben Duckett and Josh Inglis are the frontline wicketkeepers, it’s better to avoid Lachlan Pfeffer while making your fantasy teams.