Mitchell Marsh is in brutal form and will be a good captaincy pick for your fantasy teams.

Two of the formidable teams in Perth Scorchers and Sydney Sixers will square off against each other in the Qualifier of the BBL 2021/22 on Saturday. Whoever wins this game will go through to the finals directly, whereas the losing side will get to play in the Challenger. Perth Scorchers have had a remarkable tournament as they finished as the group winners with 40 points. They had beaten Sixers in the last 2 meetings in the league stages. which will provide them with a psychological boost coming into this all-important tie. They have got some dangerous players at their disposal in the likes of Mitchell Marsh, Colin Munro, and Ashton Turner.

Sydney Sixers, on the other hand, too have had a great tournament so far. They have been consistent from the start and maintained their position quite well in the standings. Both Josh Philippe and Moises Henriques have surpassed 400 run-mark in this tournament and have won many games for Sixers in this competition. They will be ready to make a statement in this match since they lost their previous two matches against Scorchers.

It’s a flat batting deck where the batters will get complete value for every shot. We have witnessed many high scoring games in this tournament and the stage is set for another run-fest on Saturday.

Kiwi batter Colin Munro has smashed 377 runs in 11 matches in this tournament at an average of 47.12, which includes one century and 2 half-centuries.

Daniel Hughes has struck 2 half-centuries in the last 3 matches. Overall in 11 innings in this competition, he has scored 245 runs at an average of 22.27 with the highest score of 66.

Mitchell Marsh has transformed his game completely to a different level in the last few months. In 6 just matches in this league, he has hammered 314 runs at an average of 78.5 and hasalso picked up 5 wickets.

Dan Christian can make a difference in the death overs with his powerful striking abilities. So far in this tournament, he has amassed 253 runs and scalped 7 wickets.

Andrew Tye has been the most successful bowler for Perth Scorchers over the years. He had an excellent tournament this year as well by picking up 20 wickets in 14 matches.

Hayden Kerr is the second-highest wicket-taker in this tournament with 22 scalps in 13 matches, with the best figures of 4 for 32.

Josh Philippe should be your first choice wicketkeeping option. In 13 matches, he has accumulated 424 runs at an average of 35.33 and a strike rate of 145.7.

SCO vs SIX Must Picks for Dream11 Fantasy Cricket: 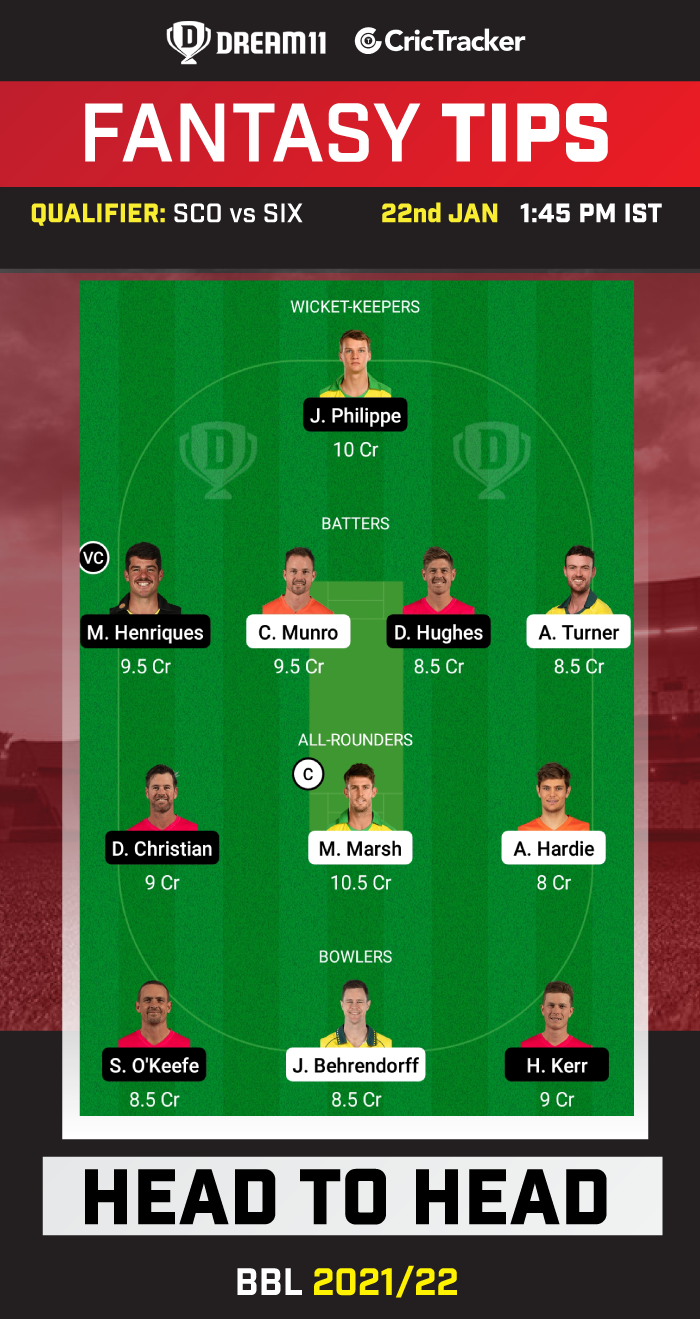 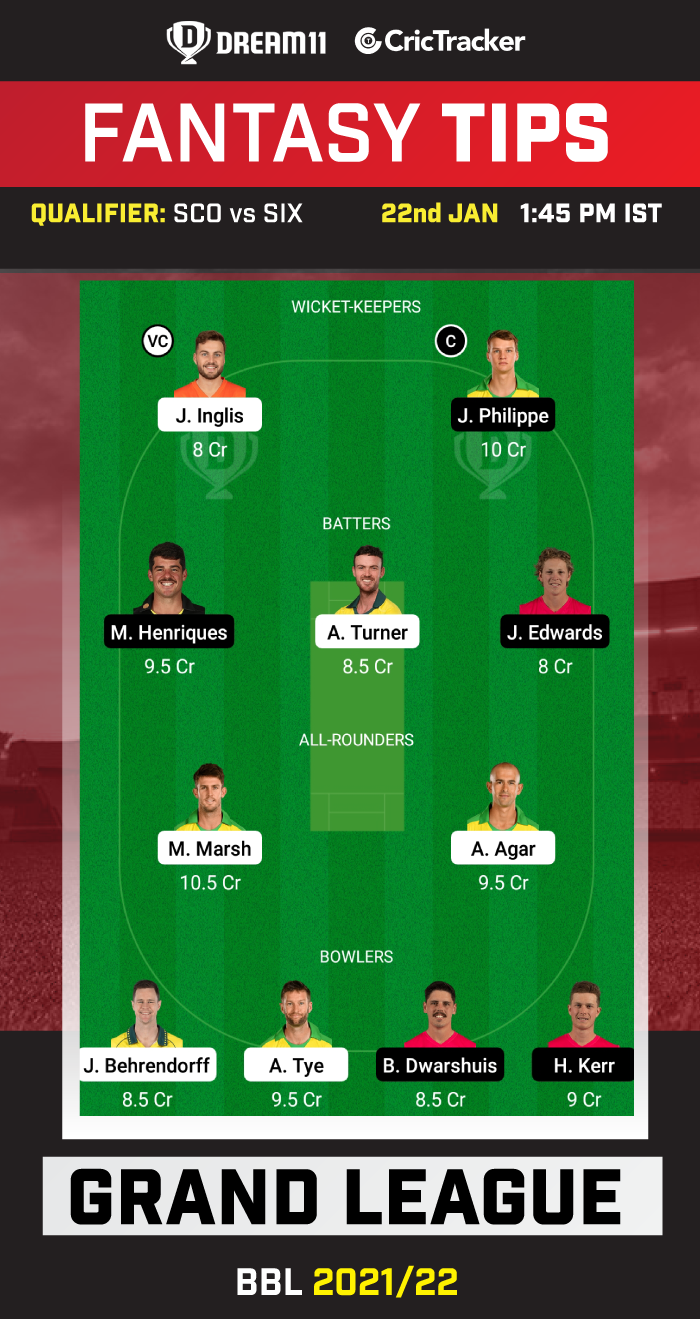 Ashton Agar has scalped 15 wickets and scored 118 runs in this tournament. He is a risky captaincy pick for your fantasy teams.

Jack Edwards has scored 110 runs in 6 matches in this league with the highest score of 40. You can take a risk and pick him as your fantasy team skipper.