The final is set to be played on May 24.

The Board of Control for Cricket in India (BCCI) officially announced the schedule for the 2020 edition of the Indian Premier League (IPL) on Tuesday. The tournament is set to commence on March 29 with a game between the four-time and defending champions Mumbai Indians (MI) and the Chennai Super Kings (CSK) at the Wankhede Stadium. The final is set to be played on May 24 as the cash-rich league will span for a duration of 57 days this year.

Interestingly, the official schedule has been released three days after most of the franchises made it public on their respective social media handles. The Sunrisers Hyderabad (SRH) was the first to unveil their schedule for the upcoming season after which the likes of CSK, RCB, KKR followed suit.

Only 6 afternoon games this season

However, the BCCI has taken care that the teams won’t be missing their marquee players as the likes of SRH and RR will be starting their campaign on April 1 and 2 respectively. The sides which are least or not affected by the availability of their players, will get their season underway earlier. The league stage will go on until May 17, a week more than the previous years even as the IPL concludes on May 24.

Here’s the complete schedule of IPL 2020: 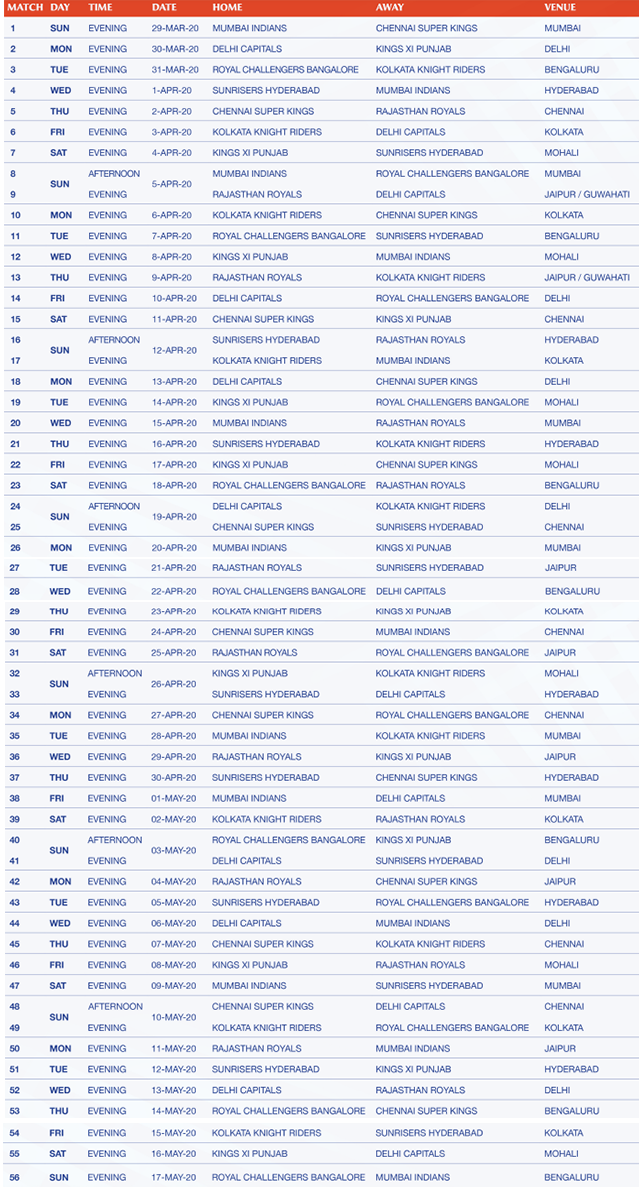