Sinalo Jafta can be a differential pick for captaincy.

In the three matches series, the Bangladesh Women Emerging team has outclassed South Africa Emerging Women’s convincingly. The Tigresses will now be looking to make a clean sweep.

On the other hand, the South Africa Emerging Women’s team will need to ponder about their batting line up and they will need to put good runs on the board if they want to finish this series on a winning note.

The wicket condition is going to be a balanced one with an average first innings score of 210 runs. The pacers are expected to get some assistance from the wicket early on, but the spinners will dictate the game as the game progresses.

Fargana Hoque is one of the in-form batswomen for Bangladesh. She has scored 732 runs in 37 matches in the domestic level, at an average of 21.52.

Salma Khatun is in scintillating form with the ball for Bangladesh Women’s team. She has picked up four wickets in two matches at an economy of 2.50 runs per over.

Andrie Steyn is in amazing form. She has scored 121 runs in two matches, which has helped her give the hosts a stern fight.

Jane Winster is in great form with the ball for South Africa Women. She has picked up three wickets in two matches with an economy of 2.94 runs per over. 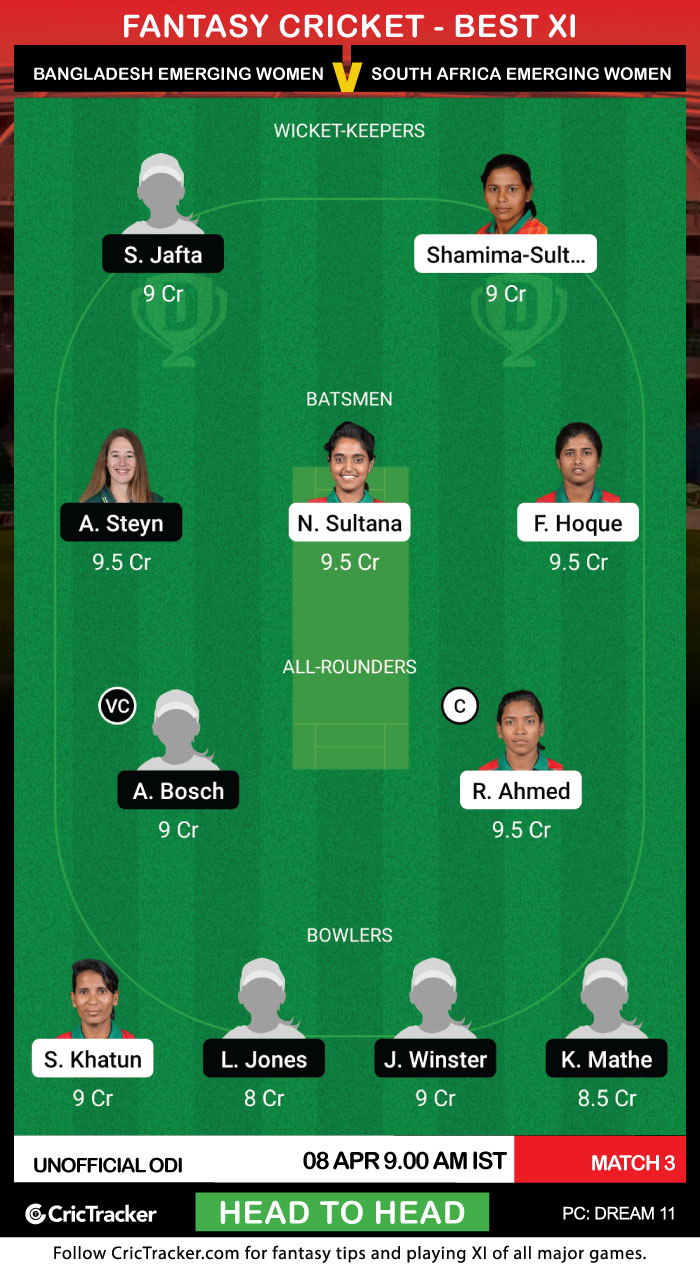 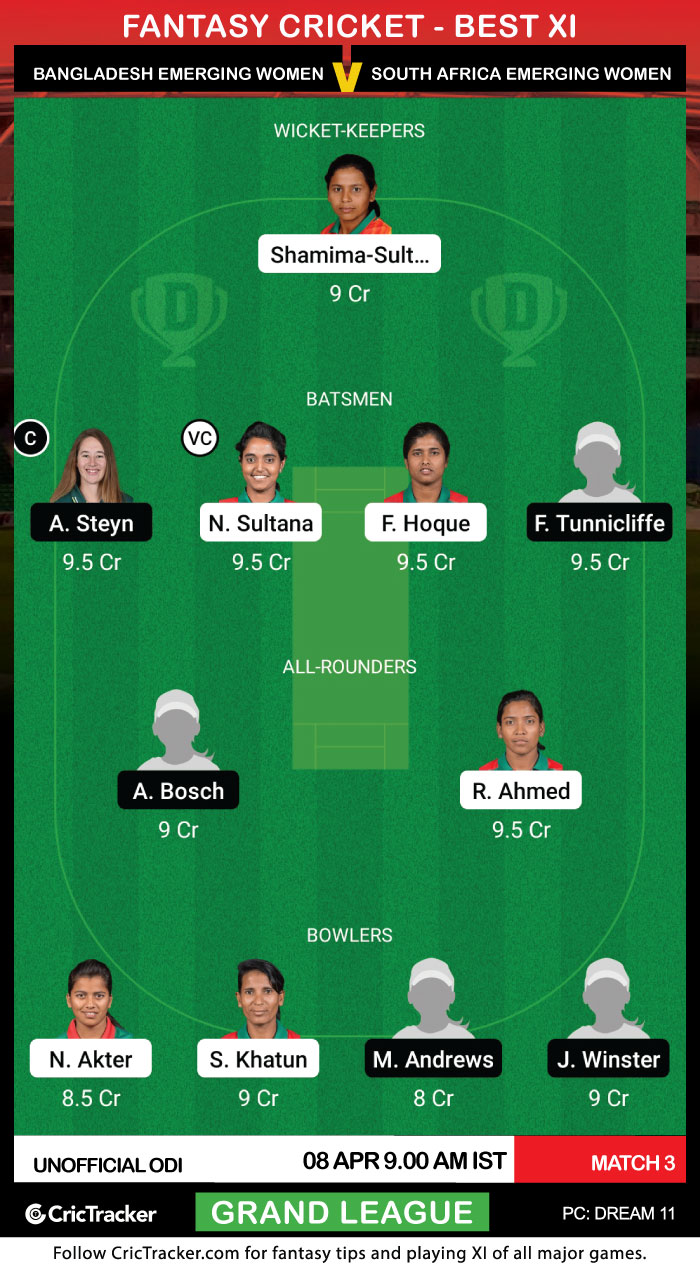 Shamima Sultana has scored 41 runs in her previous two matches. She generally opens the batting for Bangaladesh and has the opportunity to put more runs on the board. Sultana can be a risky captaincy pick.

South Africa Emerging Women’s captain Sinalo Jafta has scored only 15 runs in her last two outings. But in the final ODI, in order to avoid the whitewash, the captain’s match-winning knock might be on the cards. She can be a differential pick for captaincy.

Bangladesh’s bowler Shanjida Akther Maghla had a poor outing in the last game, as she failed to pick up wickets and couldn’t do much elsewhere. You can avoid picking her for this game.