Band-e-Amir Dragons have more chances to win this fixture

The Band-e-Amir Dragons, on the other hand, played four matches this season and won two of them, shifting them to the fourth spot in the point standings. Because the clubs are loaded with talented and great players, fans may witness something spectacular on Wednesday.

It could be challenging for the batters to score runs because the pitch is made for bowlers. The average score at this venue is 137 in the first innings. the side that bowls first in this match has a better chance of winning.

Karim Janat has made 100 runs in 4 games of this tournament with help of 3 sixes, and 15 fours. He also has taken 3 wickets.

Zia-ur-Rehman Akbar has played well in the tournament. He has taken 10 wickets and has made 63 runs.

Hashmatullah Shahidi has made 194 runs in this tournament, and given his experience, he will be an important option for this match. 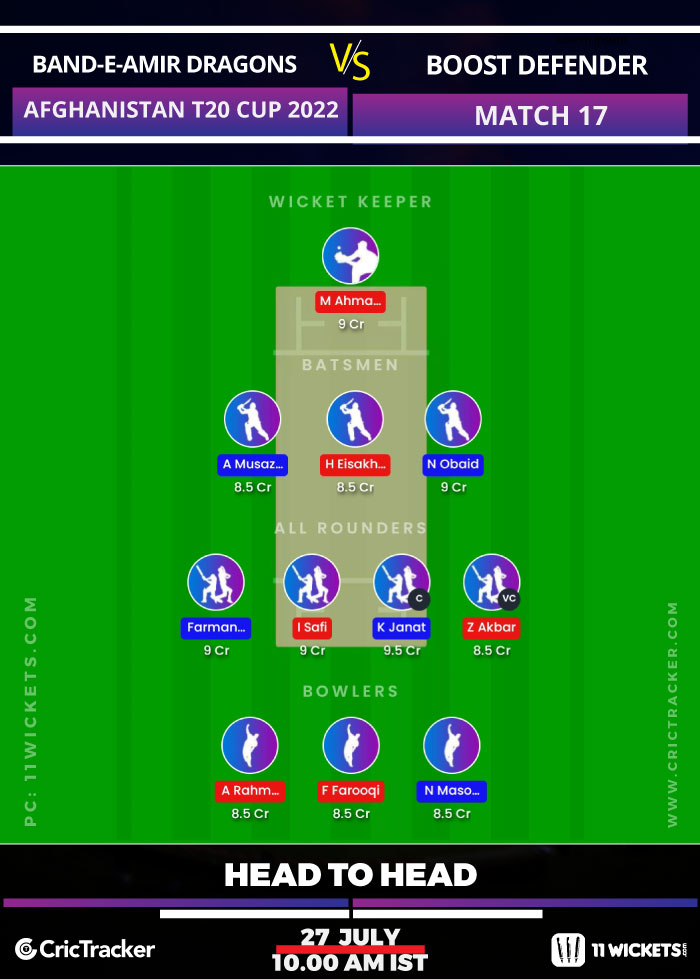 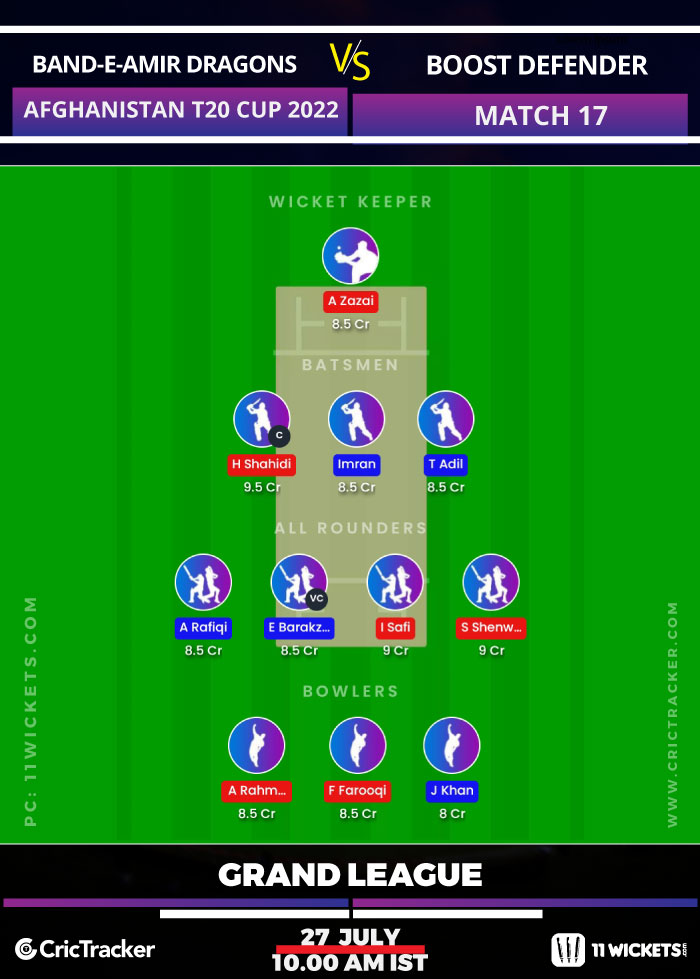