North 24-PGS Champs are the favourites to win this match.

Nadia Super Dazzlers and North 24-PGS Champs are all set to face each other in the finals of the Bengal Inter District T20 2021 on Sunday (December 12). Nadia Super Dazzlers are heading into this match by defeating South 24-PGS Tigers in the first semi-final by 14 runs. They look a completely different side when their bowling unit performs well.

North 24-PGS Champs had a good tournament so far, having won all the matches they played. They tied the second semi-final against Burdwan Blues and will be looking to clinch the title in the upcoming match. Hence, we can expect a thrilling encounter between these two teams on Sunday.

Also Read: Stats: Most Test runs by England batter in a calendar year

Ayan Gupta played a sensible knock in the previous match against South 24-PGS Tigers. He scored 43 from 36 balls, which comprised 4 boundaries and 2 six. He also scalped 2 wickets with the ball.

The skipper of the side, Raj Kumar Pal has performed well with both the bat and the ball. He scored 43 runs and scalped 2 wickets while conceding just 12 runs in his spell.

Sandipan Das SR has been in outstanding form in this tournament. He has scored 200 runs after featuring in all matches and also picked 4 wickets with the ball.

Uddipan Mukherjee has been decent with the bat in the previous match. He scored only 15 runs but managed to pick 2 wickets also in his three overs spell. 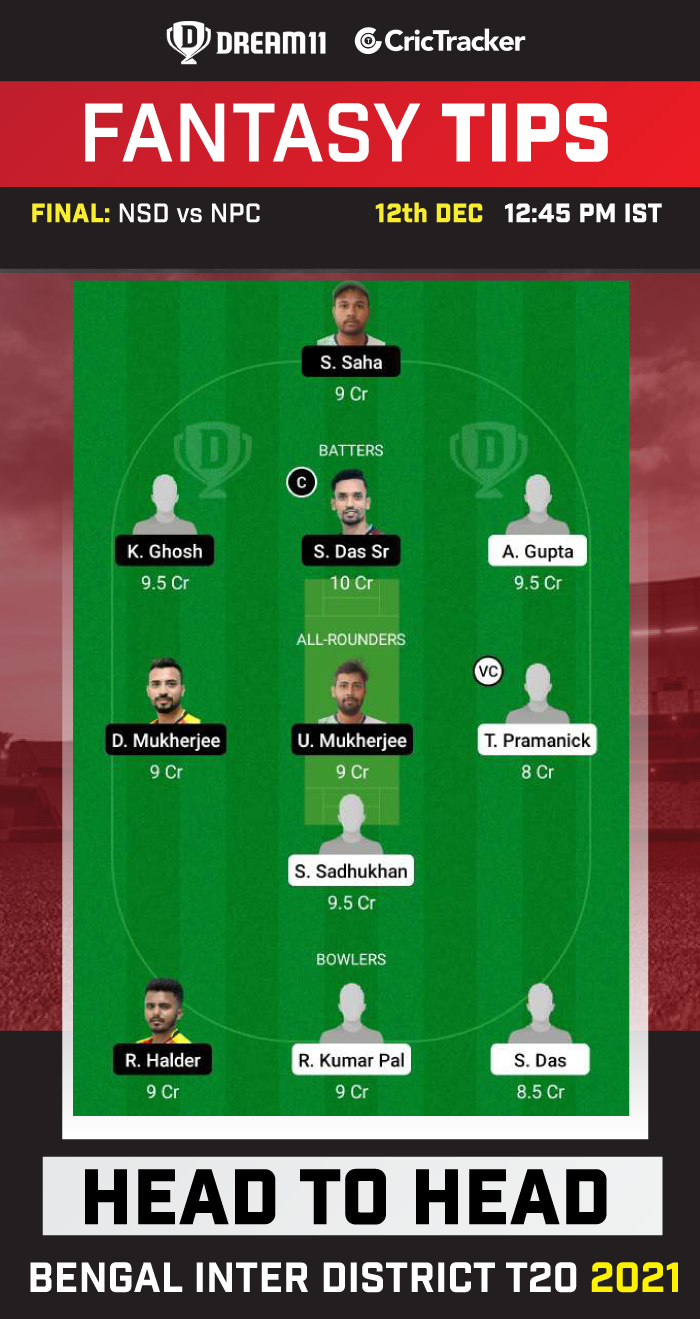 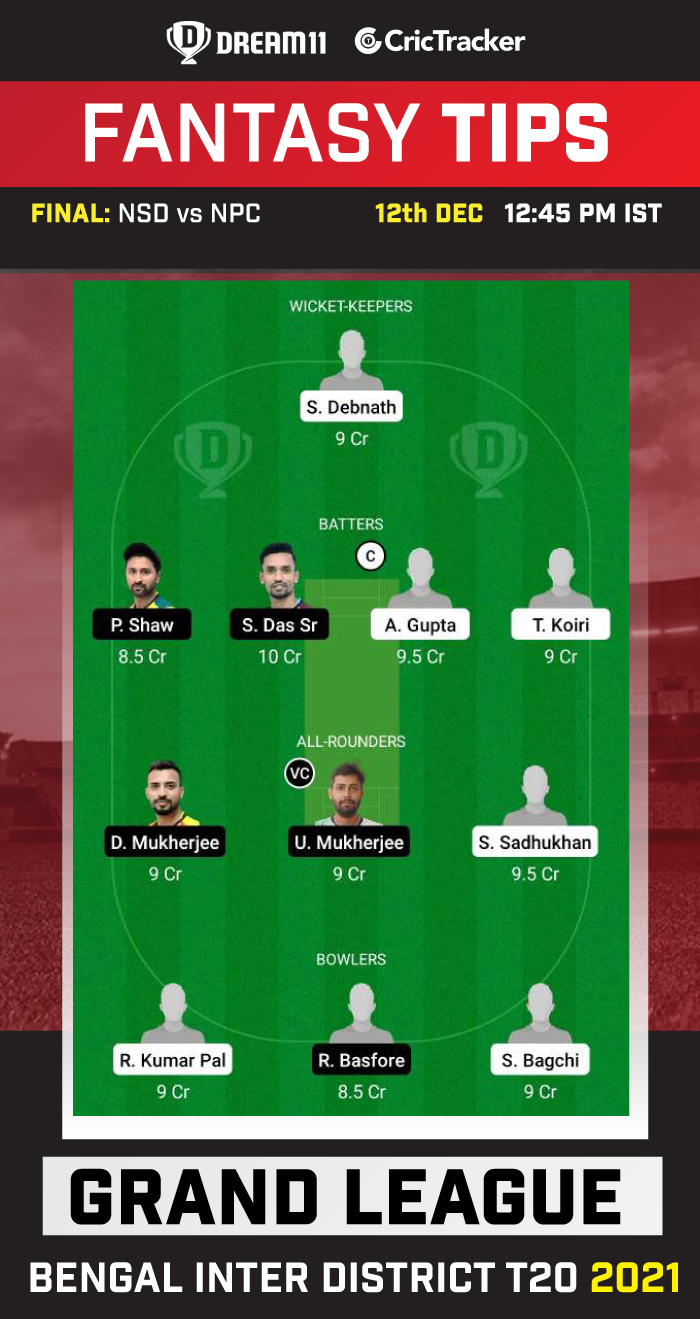