North 24-PGS Champs and Maharaja of Cooch Behar are going to clash with each other in the 13th match of the Bengal Inter District T20 on Monday. North 24-PGS Champs won their first battle against Howrah Diamonds by chasing down the target of 85 runs posted by the opposition. They would like to continue the same momentum for the rest of the tournament.

Coming to Maharaja of Cooch Behar, they didn’t get the expected start in this Bengal Inter District T20 competition. Maharaja of Cooch Behar lost their opening match against Biplabi Chandernagore, as they failed to chase down the target of 141 runs in the allotted 20 overs. Hence, they would be expecting to bounce back in this match on Monday.

Also Read: I am shutting the outside noise better than I have ever done: Ravi Ashwin

The skipper of the side, Sandipan Das SR has contributed well with both the bat and the ball. He scalped 2 wickets and went on to score a match-winning knock of unbeaten 47 against Howrah Diamonds.

Raju Halder is expected to lead the bowling attack for North 24-PGS Champs in the upcoming match. He chipped 2 wickets after conceding just 8 runs in his spell.

Santa Bhattacharya would be a good buy for your fantasy teams. He scored 34 runs in the previous match but failed to convert it to a big one.

Subham Sarkar, the skipper of Maharaja of Cooch Behar has also done quite well for his side. He picked 2 wickets and even scored 13 runs with the bat. 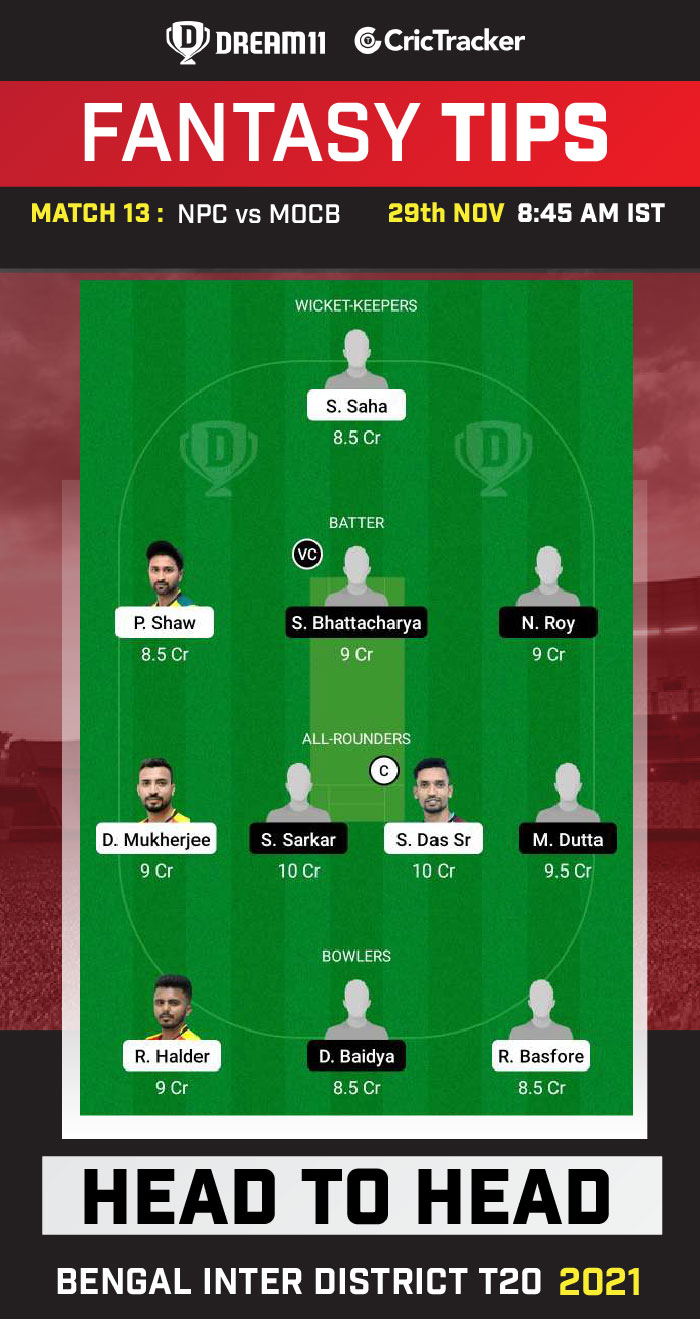 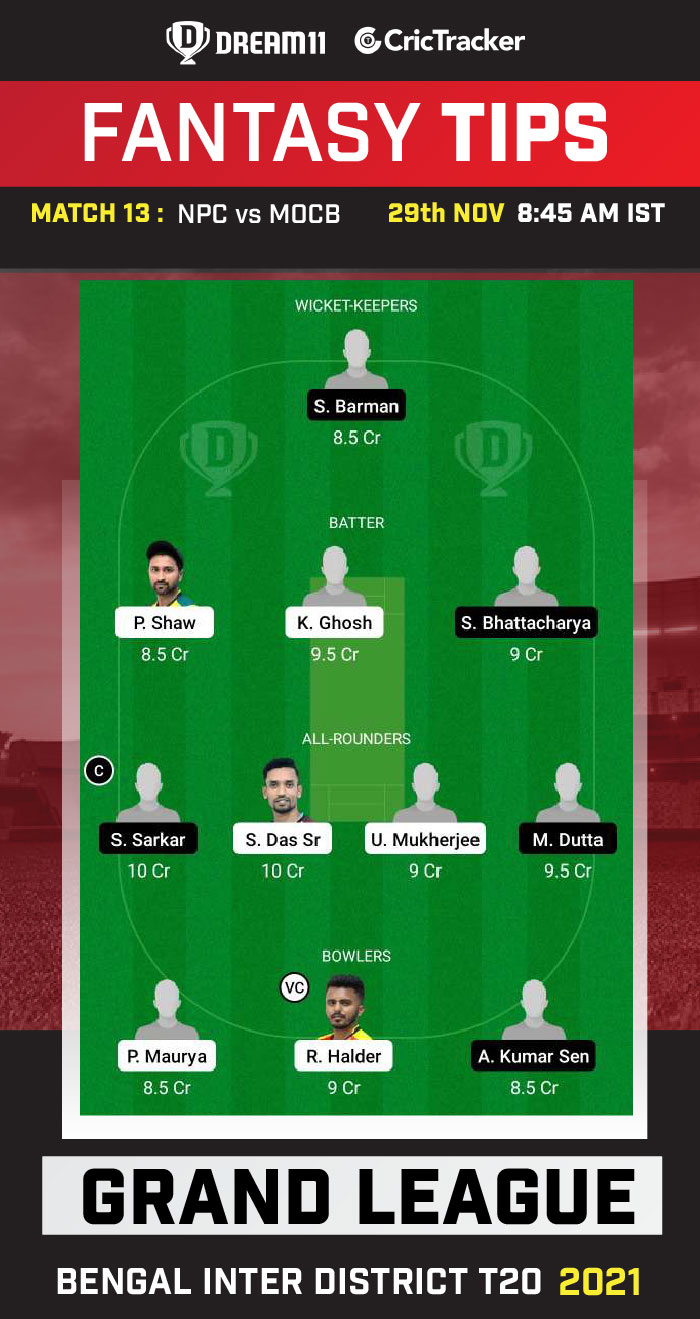